RTÉ's Political Correspondent David McCullagh @mcculld reflects on the performances of the main political parties in the Meath East by-election.

Yesterday, tongue firmly in cheek, I asked Micheál Martin if he would consider his position, after his second by-election defeat in a row.

It was, of course, a joke - Fianna Fáil had a good day yesterday, recording the biggest ever swing to the party in a by-election, and putting in a strong challenge for the seat.

Of course, the swing was so big because the party did so badly in the last election. And their candidate, a Senator and former TD for the constituency, was always going to do well.

But the point of their performance - and of recent strong opinion poll showings - may be that if the public haven't quite forgiven them for their last period in Government, at least the mark of Cain seems to have been lifted from their foreheads, and voters are again prepared to give them a scratch on the ballot paper.

A couple of points though - given the unpopular measures the Government are implementing, the main Opposition party would want to start winning the odd by-election, rather than performing strongly.

Secondly, it was interesting that Fine Gael performed relatively strongly in the southern part of the constituency, in the commuter belt. It was voters in areas like these, staying loyal to Fianna Fáil for fear of the alternative, who secured Bertie Ahern's victory in 2007, and it is here - and more particularly in Dublin constituencies - that the party needs urgently to rebuild.

Thirdly, transfers. To win yesterday, Thomas Byrne needed to close the gap on Helen McEntee by winning a higher proportion of transfers.

In fact, the gap widened - Fianna Fáil will need to look long and hard at the implications of this. It is difficult to be definitive, as a number of candidates were eliminated together, but it certainly doesn't look as if Byrne's call for transfers from Sinn Féin worked.

Fourthly, the party needs to avoid reminding the public of its term in government. Mr Martin is good at this, adopting an air of humility. By contrast, some of his colleagues yesterday were not entirely successful in hiding their glee at Labour's misfortunes.

For Fine Gael yesterday was a triumph, if a bittersweet one. They were at pains to claim that the victory was due to more than a sympathy vote, and they were right. If the candidate isn't right, then sympathy alone won't elect them. But as the Taoiseach noted, sympathy did play a part - and it is questionable whether another candidate, without the McEntee name, would have won. Given the party's enthusiasm for Ms McEntee to run, the answer is doubtful.

Sinn Féin's performance was solid, not spectacular. They would certainly have hoped for more than 13% of the vote - four points higher than in the general election - particularly when Labour managed to lose three quarters of its vote.

Darren O'Rourke will be in contention for a seat in the next election; on yesterday's figures he wouldn't get one.

It would seem from yesterday that recent opinion polls putting the party's support at or near the 20% mark may not be entirely reliable.

Interesting too that the posters I saw around Ashbourne for Mr O'Rourke featured deputy leader Mary Lou McDonald; I'm told further north in the constituency Gerry Adams was used.

A purely geographical tactic, or an indication that a changing of the guard is on the horizon?

Members of Direct Democracy Ireland were quick to make clear their displeasure at what they felt was a lack of media coverage during the campaign. Their strong showing on their electoral debut will no doubt lead to more scrutiny of their platform - which could be a good or a bad thing for them.

It's easy to summarise the bright spots for Labour: there weren't any. Well, perhaps one - the lack of a serious new left wing alternative. The current climate would seem ripe for a breakthrough from the left, but it has yet to happen, largely due to the enthusiasm of those in various left-wing groups for fighting each other.

Labour has lost support every time it has been in Government, and there is no particular reason to believe the pattern will be different this time.

It has happened to every other smaller coalition partner, too - Clann na Poblachta, Clann na Talmhan, Democratic Left, the Greens, and, eventually, the Progressive Democrats.

The PDs bucked the trend twice, in 1992 and 2002, increasing their number of seats after a spell in Government, but after election campaigns fought against their partners, Fianna Fáil. Perhaps Labour will take that lesson on board, which may not be a good thing for the stability of the Coalition.

Some would claim that the real winner yesterday was "none of the above", given the low turn-out. But the turn-out was not dissimilar to the Meath by-election in 2005 which elected Shane McEntee, so too much shouldn't be read into the figure.

Look at Bertie Ahern, who failed to win a single by-election as Taoiseach, but had his government re-elected twice.

But that won't stop politicians - especially in Labour - from trying to draw lessons from Meath East. 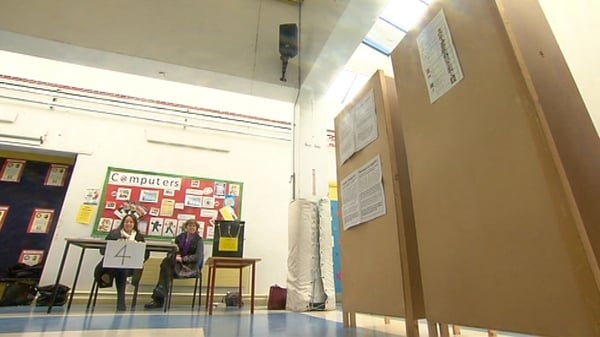 Fianna Fáil and Fine Gael duke it out in Meath East