Google Executive Chairman Eric Schmidt's visit to North Korea this week has been met with sharp criticism, but the global internet search giant indirectly is helping to make history by revealing one of the reclusive country's darkest secrets.

Google Earth, the company's popular satellite imagery product, might be the last thing Mr Schmidt will want to showcase for his hosts, because it presents a bird's eye view of many things that secretive North Korea wants to keep hidden.

Human rights activists and bloggers have taken a Google programme used mostly for recreation, education and marketing and applied it to map a vast system of dozens of prison camps that span North Korea, a country slightly smaller in area than Greece and home to 23 million people.

As many as 250,000 political prisoners and their families toil on starvation rations in the mostly remote mountain camps, according to estimates by international human rights groups.

Mr Schmidt's trip to Pyongyang with former New Mexico Governor Bill Richardson has been criticised by the US State Department as ill-timed, coming weeks after North Korea conducted a rocket launch in violation of UN Security Council sanctions.

Rights activists are sceptical that celebrity visits to Pyongyang can produce meaningful results, but they are inclined to give Google credit for living up to its informal motto of "Don't Be Evil" when it comes to how Google Earth sheds light on North Korea.

"What Eric Schmidt does or does not do in Pyongyang will probably be forgotten in a few weeks," said Joshua Stanton, a Washington lawyer who devotes his spare time to blogging and activism on North Korea human rights.

"The good that Google has done, however inadvertently, by helping people tell the truth about North Korea, will probably be reflected in the history of the country one day," he said.

Google has characterised Mr Schmidt's trip as "personal" travel, and Mr Schmidt did not respond to requests for comment before leaving for Pyongyang. The company declined to comment on the use of Google Earth in monitoring North Korea.

Mr Richardson said last week he hoped to win the release of Kenneth Bae, a US tour guide detained in North Korea since November.

Mr Stanton's blog carries satellite images from Google Earth and analysis of the features of six political prisoner camps - three of which he is credited with playing a role in confirming or identifying.

The blogger identifies images of gates and guard houses, and in some cases coal mines and crude burial grounds - corroborated through the work of experts and interviews with defectors from North Korea who lived or worked in the camps.

"The largest of the camps, if you don't know what you're looking at, look like towns or villages, and I suspect they are designed that way to fit into the countryside," said Stanton, whose readers trade tips on the camps and their landmarks. 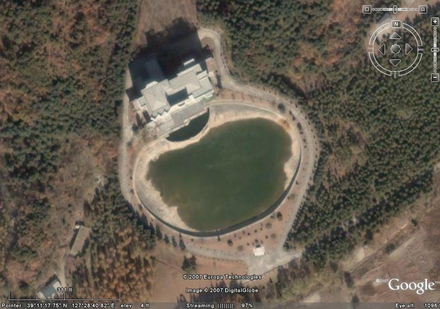 Mr Stanton, who became interested in North Korea while serving in the US military in South Korea at the height of a deadly late-1990s famine in the North, built on the pioneering work of the Committee for Human Rights in North Korea, a US non-governmental organisation that unveiled the camps in a 2003 book "The Hidden Gulag"

When a second edition of "The Hidden Gulag" came out in 2012, Google Earth received prominent acknowledgement.

"The dramatically improved, higher resolution satellite imagery now available through Google Earth allows the former prisoners to identify their former barracks and houses, their former execution grounds, and other landmarks in the camps," said the study.

"Hidden Gulag" also credited Mr Stanton and a second blogger, Curtis Melvin, whose blog www.nkeconwatch.com/ has been at the forefront of using Google Earth to catalogue not only prison camps but also ordinary facilities such as schools, factories and train stations.

"It opens up areas of North Korea that no foreigners are allowed to see at all," said Mr Melvin, who downloads the free programme available to the general public.

Mr Melvin, an economist with an unfinished doctoral dissertation on North Korea's monetary system, verifies landmarks he finds on Google Earth by studying maps and documents and by sitting down in front of his computer in Virginia with North Koreans.

"I've also been watching North Korean television literally every day for about three years, so I have a list of thousands of names (of places) I can ask them specific questions about," he said of his interviews with defectors from North Korea.

North Korean defector Kim Sung Min, who escaped the country in 1997 by jumping off a train that was taking him to be executed, "told me the name of the train station where he jumped, and I pulled it up immediately and we were able to trace his actual escape path out of North Korea," said Mr Melvin.

The Committee for Human Rights in North Korea receives imagery and analysis pro bono in a project with DigitalGlobe Inc, which has a record of supporting humanitarian causes, said Greg Scarlatoiu, executive director of the committee.

According to satellite technicians, the imagery available directly from DigitalGlobe is of finer resolution and is updated more frequently than the versions carried for free on Google Earth.

"Satellite imagery readily available through Google Earth has certainly enabled human rights experts to decisively confirm that these facilities do exist, despite the fact that the North Korean regime denies their existence," Mr Scarlatoiu said. 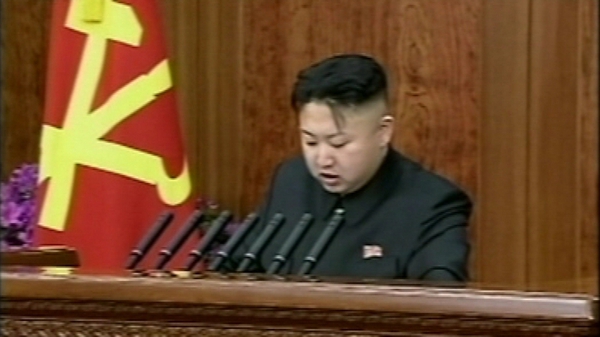