Not for the first time in a US election, the economy is the main issue, with unemployment still high and growth weak.

Jobs
Barack Obama has said his job plan would strengthen US manufacturing, grow small businesses, improve the quality of education and make the country less dependent on foreign oil.

He envisions 1m new manufacturing jobs by 2016 and more than 600,000 jobs in the natural gas sector, as well as the recruitment of 100,000 maths and science teachers.

Repairing and replacing old roads, bridges, runways and schools are part of his plan to put Americans back to work.

Half of the money saved from ending the wars in Iraq and Afghanistan would be used to fund infrastructure projects.

Mitt Romney has promised 12m jobs in his first term, or about 250,000 jobs a month. Economists say the economy would likely generate that amount of jobs anyway.

His plan focuses on tax reform, pushing the economy toward energy independence, cutting regulations and boosting trade, especially by reducing barriers to trade with China.

Mr Romney says Mr Obama has not been aggressive enough in challenging unfair Chinese trade practices and that he would use both the threat of US sanctions and coordinated action with allies to force China to abide by global trade rules.

Housing
Even though the housing crisis is at the heart of the economy's woes, neither candidate detailed plans for how they would address it. 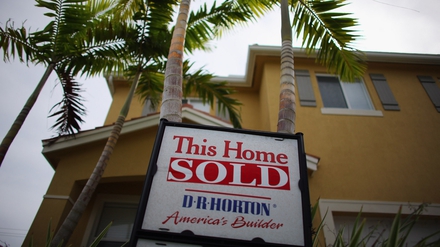 He has battled the independent regulator of government-controlled Fannie Mae and Freddie Mac, Edward DeMarco, trying to convince him to allow those mortgage finance firms to reduce principal for borrowers who owe more than their homes are worth.

A quick resolution of the standoff is unlikely after the election.

Mr Romney said at one point in the campaign that the housing market needed to hit bottom on its own without government intervention and he has offered few clues on his likely approach to foreclosures.

Democrats and Republicans agree the government's heavy hand in the mortgage market should be reduced, but neither candidate has outlined a plan to do that.

Fiscal Policy
Mr Obama has proposed cutting the government budget deficit by more than $4 trillion over the next decade by allowing the Bush tax cuts for upper-income Americans to expire and by eliminating loopholes.

Half of the money saved from ending the wars in Iraq and Afghanistan would be used to reduce the deficit.

Mr Romney wants to cut marginal tax rates for individuals by 20% and broaden the tax base by closing loopholes. He would keep all the Bush tax cuts in place in a plan he says would be revenue-neutral. Mr Obama has said that the numbers do not add up.

Mr Romney has also said he wants to reduce federal spending to 20% of US GDP over four years from its current level of about 24%.

Both want to reduce the corporate tax rate, although Mr Romney would reduce it further.

Polls show that nationwide, Mr Romney holds a slight lead as the candidate best qualified to handle the economy.

Nevertheless, Mr Obama maintains his edge in Ohio, where his decision to loan federal money to the failing auto industry saved thousands of jobs.