The outcome of the hard-fought US Presidential election between President Barack Obama and Republican challenger Mitt Romney will be decided on 6 November by a small percentage of voters in just nine of the 50 US states.

That is because presidents are elected not by popular vote, but under a state-by-state voting system, known as the Electoral College.

The system was born from an 18th Century political compromise.

States are allocated a fixed number of electoral votes based on population.

In almost all cases, whoever wins a state wins all of its electoral votes.

The candidate who captures a majority of the 538 electors becomes president.

Most states are reliably Democratic or Republican, but neither Mr Obama nor Mr Romney has a lock on enough states to win a majority of electors.

That means the real battle is for the nine "swing states" - those where the outcome is uncertain.

Whoever can carry enough of those states to bring his overall electoral vote total to at least 270 will win.

Nationwide polls, which show the race a virtual tie, do not necessarily predict the outcome.

A candidate can win the most votes nationally and still lose by failing to accumulate a majority of electors.

Each state is granted one presidential elector for every member of Congress: one for each member of the House of Representatives, where seats are allocated according to population, and two more because each state, regardless of population, has two senators.

That guarantees that each state will have at least three electoral votes.

The District of Columbia, home to capital city Washington, gets three electors even though it does not have full congressional representation.

In most states, the popular vote winner captures all of that state's electors. The only exceptions are Nebraska and Maine, which award electors proportionally.

The biggest Electoral College prizes are California, with 55; Texas, with 38; and New York and Florida, each with 29.

The system was written into the US Constitution to overcome concerns by small states that they would be left voiceless among their larger-population brethren.

The solution was a middle ground between those who wanted the president to be chosen by Congress and others who pushed for a nationwide popular vote.

In what is largely a formality long after the winner has been determined, each state's electors will meet on 17 December in their home states and cast their votes for president and vice president.

Congress will meet on 6 January to conduct an official tally.

As happened to then-Vice President Al Gore, who lost to George W Bush in 2000, a candidate can win the most popular votes but lose the presidency. 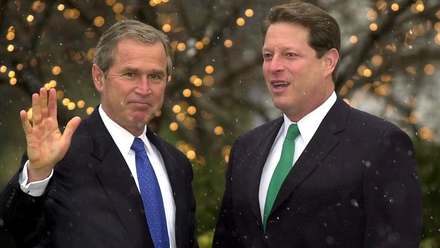 Republicans Rutherford B Hayes (1876) and Benjamin Harrison (1888) were also elected despite losing the popular vote.

Candidates can be tied for electoral votes, 269 each, which throws the tie-breaking decision into the House of Representatives.

The choice of vice president falls to the Senate.

With the House expected to remain in Republican hands, a tie would mean a Romney presidency.

Democrats are likely to retain control of the Senate, meaning Vice President Joe Biden would have a second term.

The House has twice decided the outcome of the Presidential race, in the 1800 and 1824 elections.

The Senate decided the vice presidency in the 1836 election.