There’s an ape for that... Toronto Zoo has become the first zoo in Canada to give iPads to its orangutans.

The program, nicknamed ‘Apps for Apes’, aims to stimulate the primates. An anonymous donor gave the iPads to the zoo in March.

They have even began Skyping their primate cousins at the Milwaukee County Zoo.

A number of zoos have introduced iPads for orangutans, with the apes responding well to the touchscreen.

Each orangutan gets 15 minutes on an iPad twice a week. 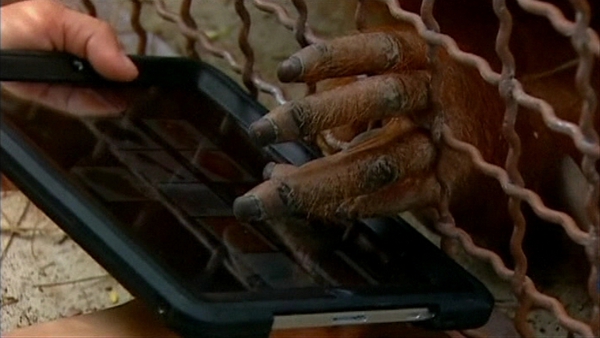