Itinerary for the State visit of Britain's Queen Elizabeth II and the Duke of Edinburgh to Ireland.

Áras an Uachtaráin (Ceremonial Welcome, meeting with the President and Dr McAleese and tree planting ceremony) 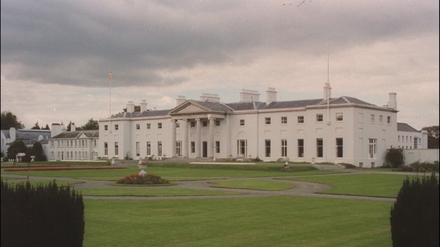 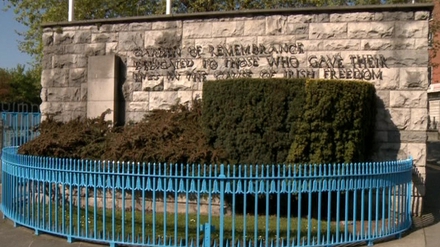 Designed by Cavan-born architect Daithi Hanly, the Garden of Remembrance is dedicated to the memory of all those who gave their lives in the cause of Irish Freedom. The large sculpture by Oisin Kelly is based on the theme of the 'Children of Lir'. The garden is intended as a place of quiet remembrance and reflection.

Trinity College (View the Book Of Kells, reception in the Long Room) 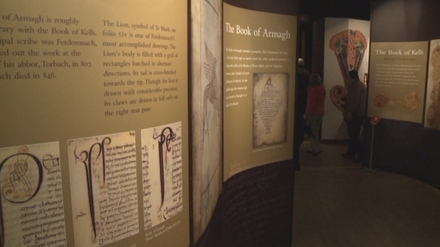 Founded in 1592, Trinity College Dublin is Ireland's oldest university. In 2009/10, it had just under 17,000 students registered. Located in Dublin city centre, its campus occupies some 51 acres. Trinity College's library is the largest in Ireland and one of the biggest research libraries in Europe. Each year, around 500,000 people visit the Old Library, containing the Long Room and the Book of Kells. 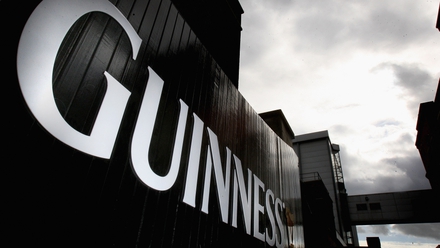 Located on the site of the St James's Gate Brewery, the Guinness Storehouse has attracted some 4m visitors since it opened in November 2000. The building, constructed in 1904, has been converted into an exhibit showing how Guinness is made. The highest pub in Dublin, the Gravity Bar, is located on the seventh floor. Visitors to the storehouse can also try their hand at pulling the perfect pint.

Government Buildings (The Queen will be greeted by Taoiseach Enda Kenny)

Completed in 1922, the Government Buildings' complex was available immediately to be used by the Irish Free State government. Currently a number of Government departments are located on the site including the Department of the Taoiseach.

The gardens, located on about eight hectares, are situated on the south side of the River Liffey, 3km from Dublin's city centre. They are a permanent memorial commemorating those killed in World War I. Designed by British architect and landscape designer, Edwin Lutyens, they are a lesson in classical symmetry and formality. The parkway began in 1931 and took two years to complete, while the gardens were laid out between 1933 and 1939. 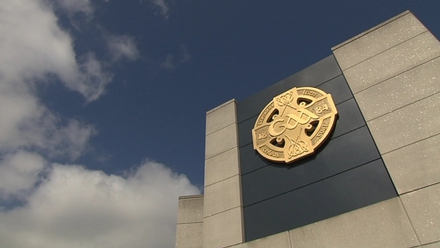 Located 1km north of Dublin's city centre, Croke Park is the headquarters of the Gaelic Athletic Association. Boasting a capacity for 82,300 people, the stadium is the home of Gaelic games. It is the third largest stadium in Europe after Barcelona’s Nou Camp and Wembley in London. In 1993, the redevelopment of Croke Park began. It took place in four stages culminating in 2005 with a new Hill 16. On 21 November 1920, 14 people were killed and dozens wounded by British security forces at a Gaelic Football match in Croke Park.

Dublin Castle is situated in the heart of historic Dublin. The city gets its name from the Dubh Linn or Black Pool located on the site of the castle's gardens and coach house. Founded in 1204 by King John of England, it was completed in 1230. On 16 January 1922, Michael Collins arrived in the Upper Yard and received the handover of the Castle from the last Lord Lieutenant FitzAlan on behalf of the new Irish government. All of the castle's historic buildings have been restored.

The first record of a stud farm being set up was in 1900 when the lands were purchased by Colonel William Hall-Walker. In 1916, he presented the stud to the British government for the purpose of founding a British National Stud. In 1943, the Irish government took over the land and buildings. In 1945, the Irish National Stud Company Ltd was founded and it took over the running of the stud on 31 August 1946. 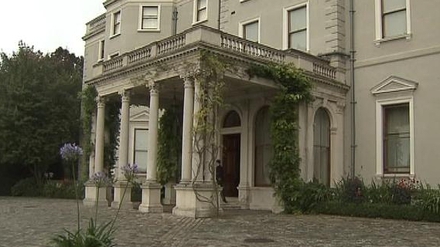 The 78-acre site in Dublin's Phoenix Park was bought for €29.2m in 1999 from the Guinness family. The Office of Public Works began to renovate the house in 2001. It is currently used to accommodate visiting dignitaries and guests of Ireland. 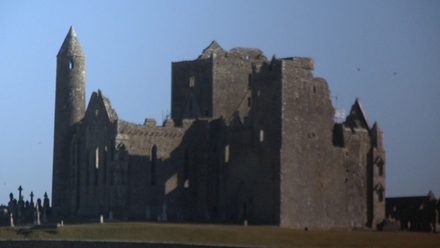 The rock of Cashel is a historic site located in the Golden Vale in Co Tipperary. Prior to the Norman invasion, it was the traditional seat of the kings of Munster for several hundred years. Buildings that remain on the site include a round tower, high cross, Romanesque chapel and a gothic cathedral. 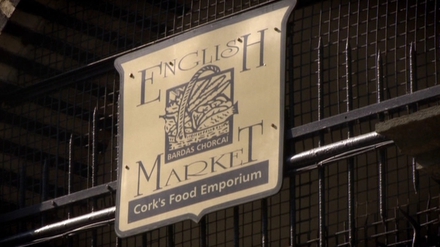 The origin of the English Market can be traced back to King James 1 of England in 1610, but the building that the market is currently located in dates from 1786 – making it one of the oldest markets of its kind. It is an enclosed market with entrances off Grand Parade, Patrick Street and Princes Street. Open Monday through Saturday, traders sells everything from seafood to cakes.

Created in 2004, the Tyndall National Institute works in the area of photonics, electronics, materials and nanotechnologies. It was created at the initiative of the then Department of Enterprise Trade and Employment and the University College Cork.