A new satellite-based air traffic surveillance system - the first of its kind in the world - which will accurately pinpoint the location of any aircraft in distress, has been launched at the Irish Aviation Authority's control centre at Ballygirreen near Shannon in Co Clare.

The technology - developed in recent years in association with the IAA - can now precisely locate aircraft in difficulty or which have lost communication.

Currently 70% of the earth's surface is not monitored by Air Traffic Control's ground based radar systems, nor are they tracked across the oceans by ATC in real time, only locating their positions every 10-14 minutes.

This has made it impossible at times to establish exactly where an aircraft went down as was the case with the Malaysia Airlines aircraft which went missing over the South China Sea in 2014.

This new emergency surveillance system tracks the aircraft's path in real time to every eight seconds, allowing for accurate location of an aircraft in distress.

The IAA was one of the first to invest in the Aireon technology and Ballygirreen will be the global control centre for the new service. 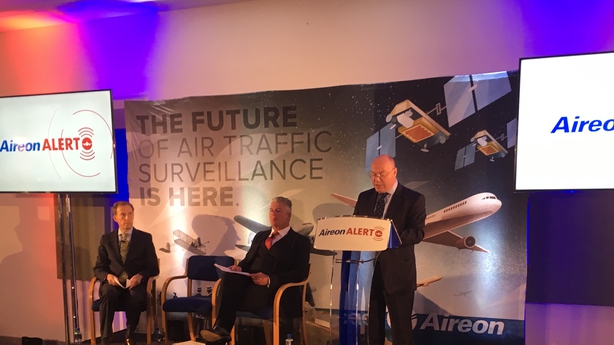 It will be a free public service available to airlines, air traffic controllers and search and rescue services across the world, once they register for it.