Continuing a 150-year-old family tradition, Joe Hayden is a dairy farmer in Tinaheny in South Wicklow.
The million litres of milk produced each year by his 200-cow dairy herd is used to produce Baileys Irish Cream liquor. It used to be a rare sight to see deer grazing on the land close to his farmhouse. If he did spot a deer, down from the nearby uplands, he would stop and marvel at it.

But all that has changed. Now he constantly sees them on his land. Like many farmers in Wicklow, he believes there is an over-population of Sika deer.

He says they are impacting on grassland and crops. As deer are herbivores – they only eat plants – he believes they are scuppering efforts to grow native species of broadleaf trees on the farm.

"That is no longer possible, because they will be the deer's first choice for dinner when they come to the farm," Joe told Prime Time.

Environmentalist and broadcaster Éanna Ní Lamhna agrees that the large number of Sika deer in Wicklow is disrupting the regeneration of woodlands.

"Any seedling that comes up does not get a chance because the deer come and gobble it up," she said. 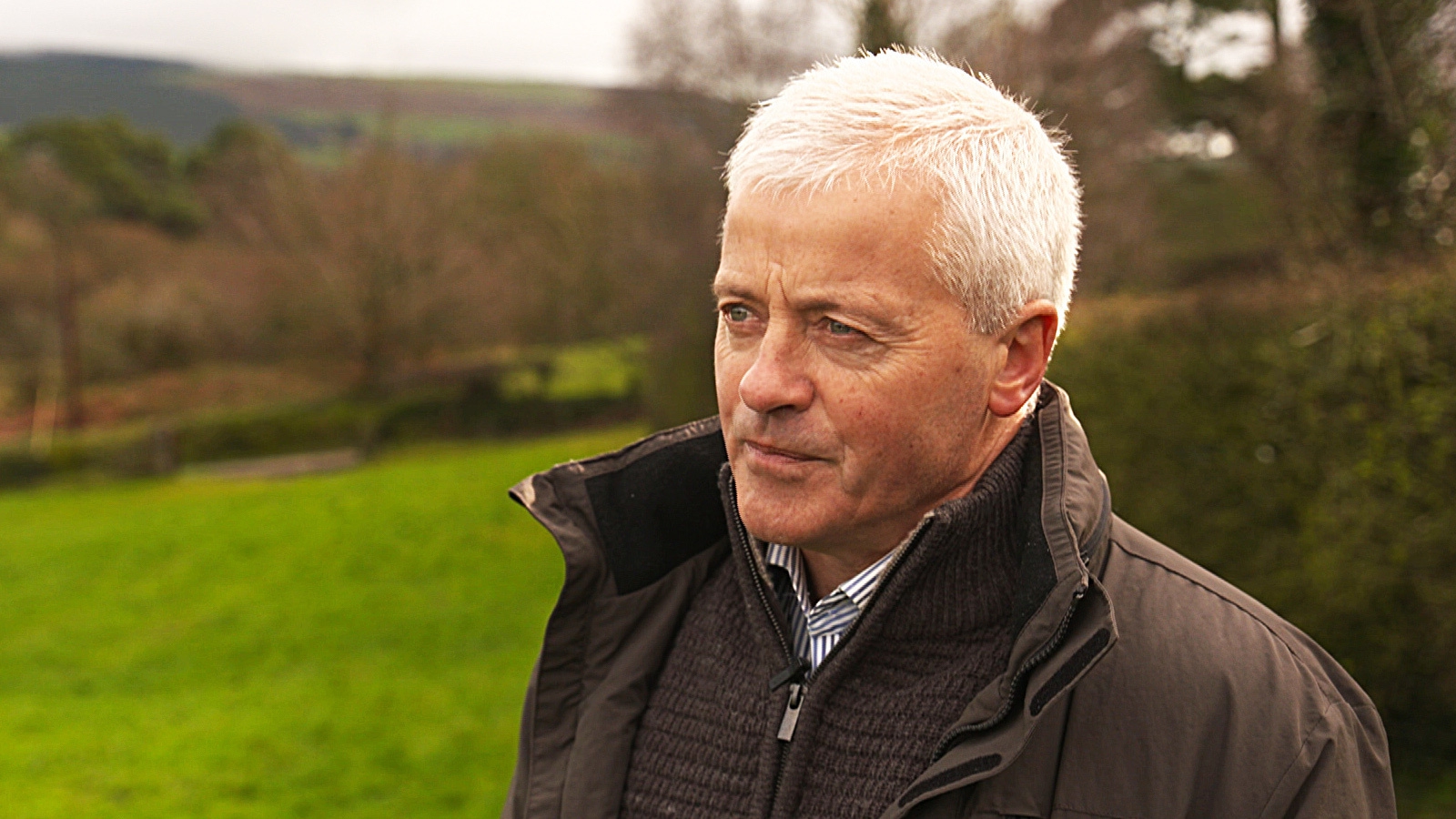 Joe Hayden is a dairy farmer in Tinaheny in South Wicklow

There are no accurate numbers available for the deer population in Wicklow, with estimates varying from 50,000 to 150,000. Many local farmers are adamant there are too many of them.

The licence returns from deer hunters provide some indication of wild deer numbers. According to the National Parks and Wildlife Service, the number of deer shot nationally during the hunting season increased from 10,000 in 2000 to over 30,000 in 2010.

The Department of Agriculture acknowledges "an unsustainably high deer population has been an issue in Wicklow for several years."

Since 2018, the Department has overseen the Wicklow Deer Management Project. Stakeholders, such as farmers, woodland owners, and hunters, work with Coillte and the Wicklow Mountains National Park on the project.

"Deer as a species is at the top of the food chain, and it has no natural predator. Because of that, their numbers are expanding at an exponential rate and they are eating themselves out of their own habitat," Pat Mellon, the Project Manager of the Deer Management initiative, told Prime Time. 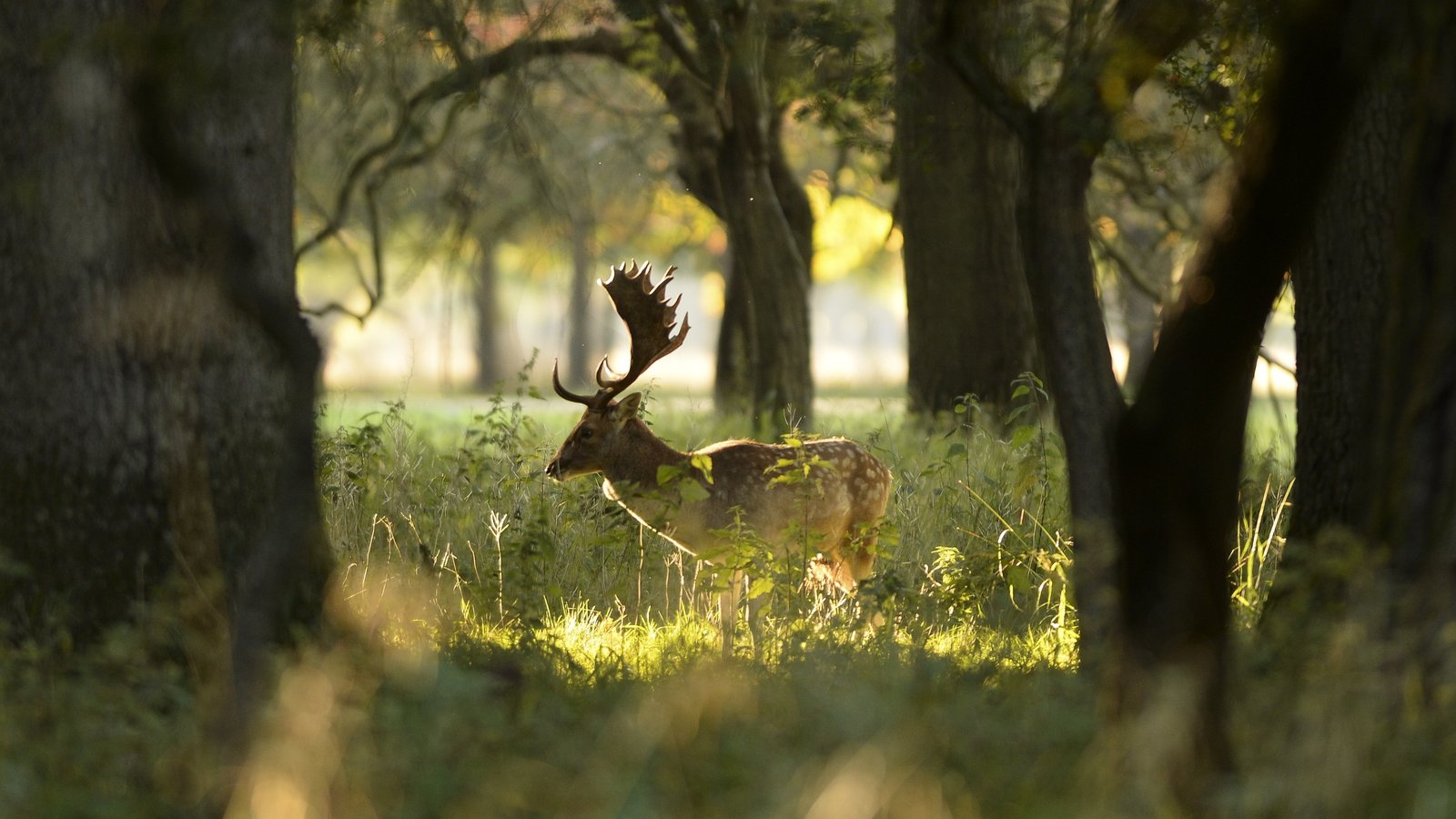 Because it has no natural predator, deer as a species is at the top of the food chain

"They have moved in on mainstream farming areas," he said. "Up to 30% of grass has been lost in some areas because of the number of deer."

As well as damage to grasslands and other crops and forestry plantations, Pat said they contribute to road traffic accidents. This issue has been raised in the Dáil by some rural TDs who also support a cull of wild deer.

Over 5,500 deer-hunting licences are issued nationally every year. Deer can be hunted during the open season, which generally begins on 1 September and lasts until the end of February.

A simple internet search for deer hunting will show images of men with guns standing proudly beside a stag with large antlers that they have just shot.

Pat is critical of "trophy hunters" who post about their spoils on social media, in part because the shooting of mature stags is not the correct way to manage deer herds.

Culling mature stags – the best of the breed – is akin to "unnatural selection". Instead, Pat said, the weaker deer should be shot.

"The ones that are left behind are stronger," he said. "The better deer are left to go on and breed a better deer for the future."

Around 30 deer hunters are used by the management project to cull deer. In tracking this story, Prime Time last year accompanied a hunter, one of two stalkers used by the Wicklow project who use special night-vision equipment to cull deer at night. 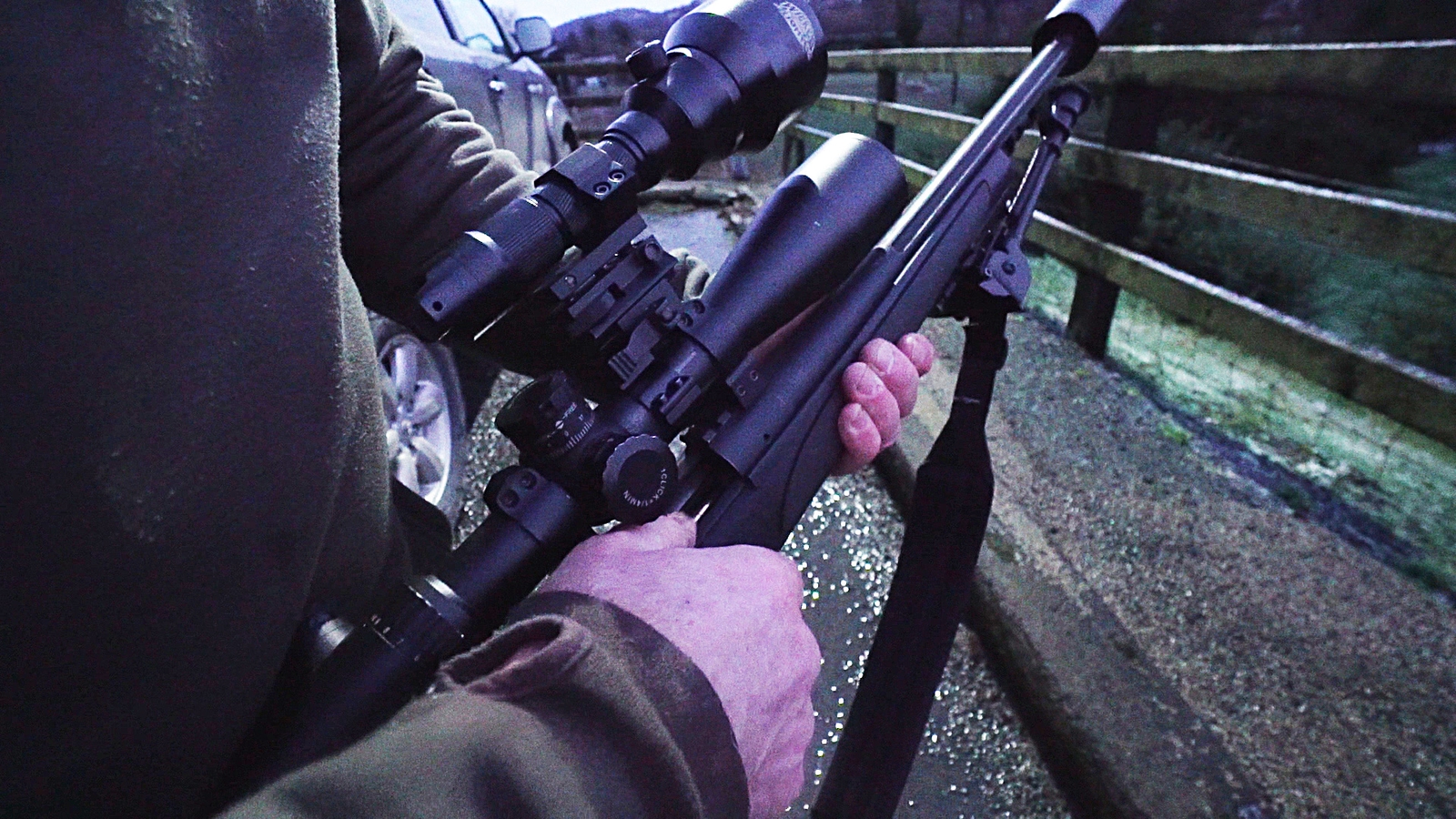 On that night, the deer hunter – who hunts around five nights a week – shot an immature stag near Glenmalure.

The deer was taken away and sold to a game dealer, who took it to a processing plant where it was tested by vets. Afterwards the venison was sold into the UK or Irish market.

During the pandemic, there have been less deer culled due to a combination of hunters being restricted by lockdown and a fall-off in demand for venison as restaurants were closed.

"We have had two calving seasons. So deer numbers have ballooned in Wicklow," Pat said.

So, are there really too many deer in Ireland? And is culling the answer?

Ian Donohoe, an Assistant Professor of Zoology at Trinity College Dublin, acknowledges there are times when culling is needed.

"These things don't have wild predators and sometimes that means that their populations can go out of control and expand," he told Prime Time.

This can increase disease among the animals and increase the chances of starvation. 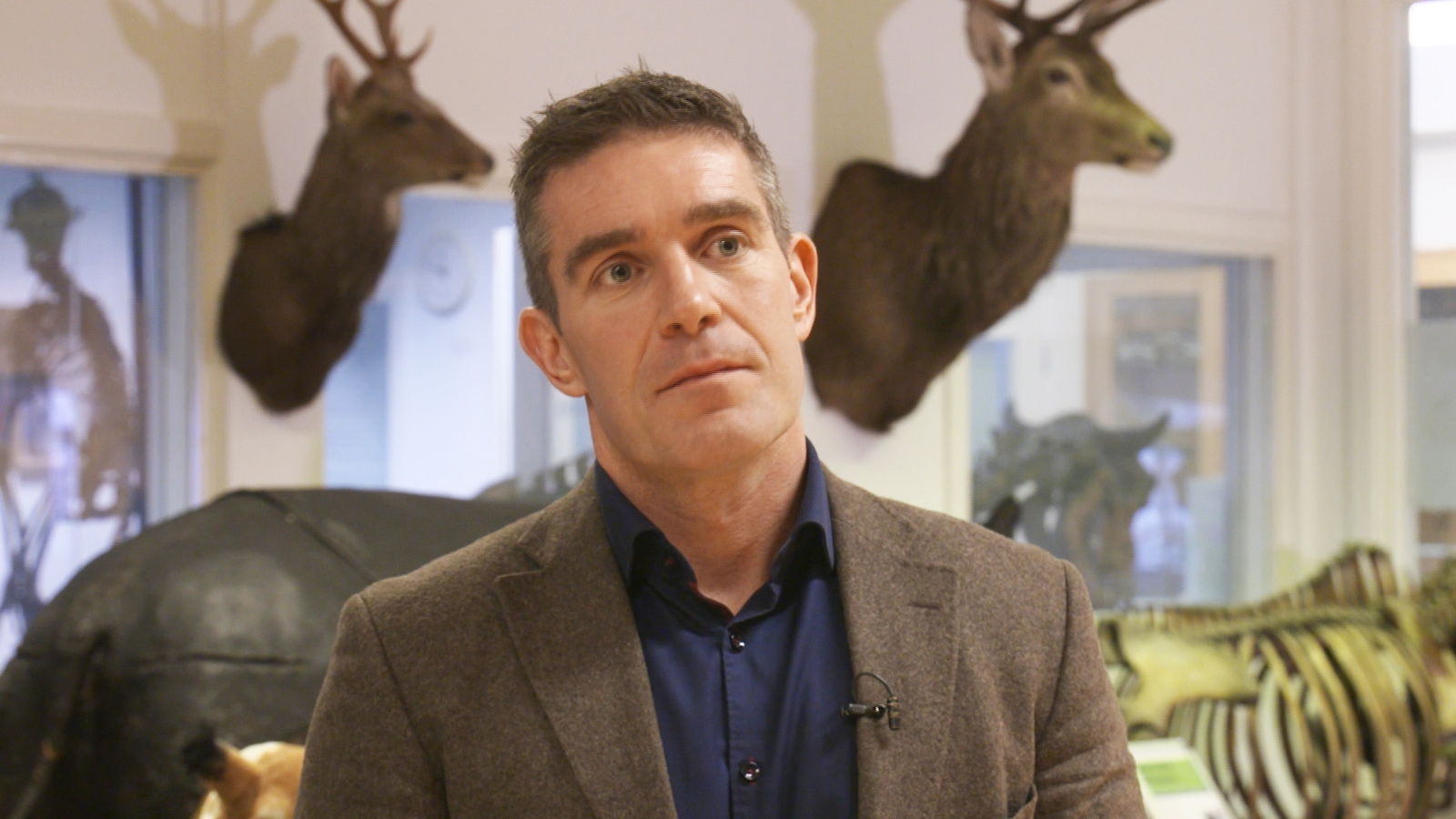 Ian Donohoe, a zoology researcher at Trinity College Dublin, said that it is not clear how many deer there are in Ireland

But Dr Donohoe added: "We have to know how many animals there are, where the animals are, what sort of animals we might need to cull to best achieve management goals. In the absence of that, culling is simply wrong."

"The National Parks and Wildlife Service haven't had a national survey of deer in decades because of the chronic underfunding of the service," he said.

As a result, we don't really know how many deer there are in Ireland.

"We need to know the effects these animals are having, and we can only do that by knowing their population size," he said.

If we were to determine that deer populations were too large, then Dr Donohoe said a controlled cull was "probably the wisest strategy".

The culling of deer is a sensitive issue that poses ethical questions and raises strong hostility among some animal rights activists.

Animal rights activist John Carmody told Prime Time that deer should not be killed, since "all animals are sentient beings." 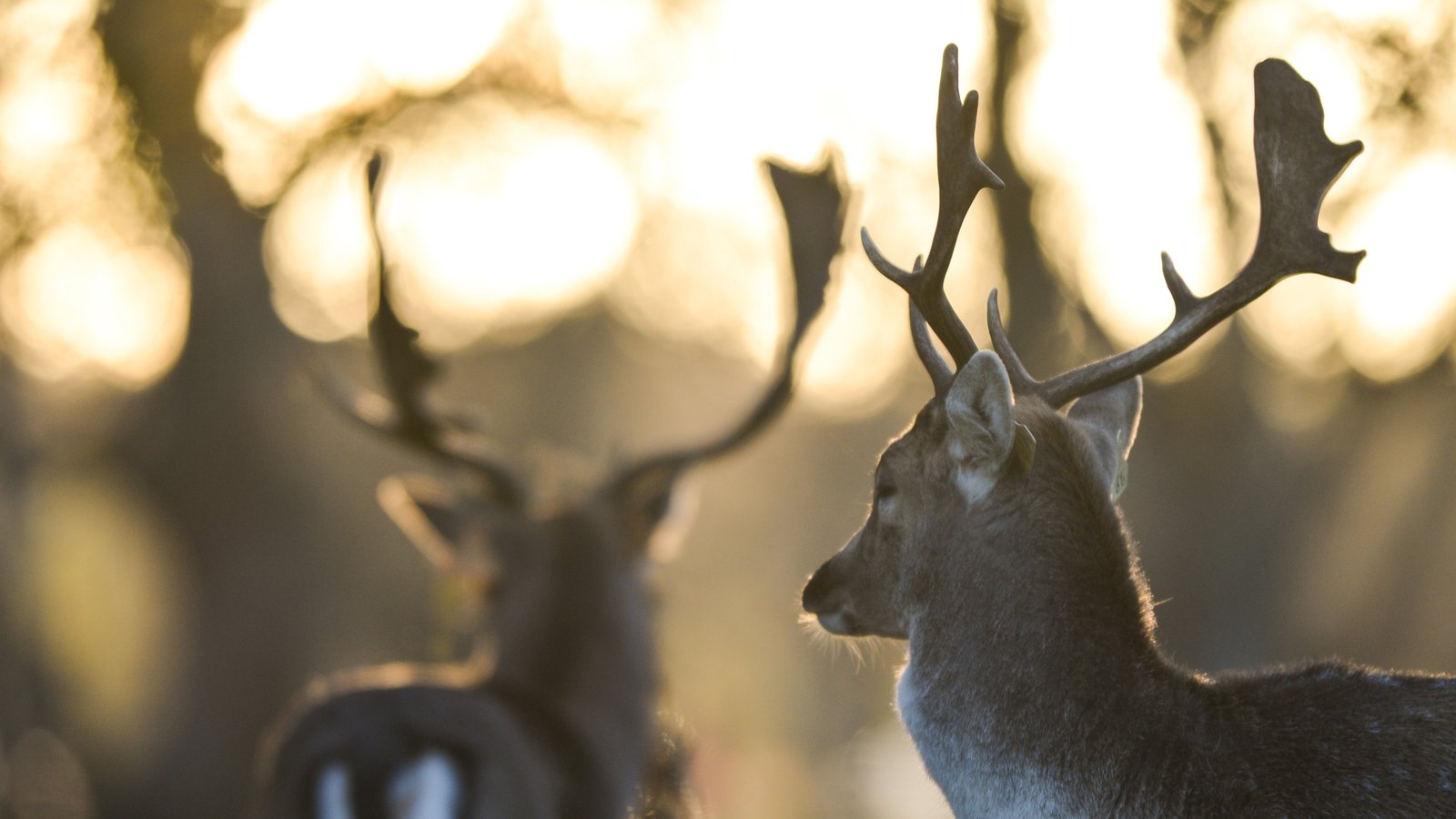 "They are like our dog or cats. They can experience fear and suffering," he said.

He added that these animals are living happily in their environment, and that people would be shocked to learn that deer are being gunned down in their natural habitats.

"I think enough is enough. It's time to let these animals alone," he said.

Just as farmers are angry about deer, fishermen who say a surge in the seal population in Irish waters is disrupting their ability to make a living.

Like the Sika deer, there have been controversial calls for a cull of seals.

Fishermen like Kieran Healy in Crosshaven, Co Cork, say that a surge in the seal population has had a detrimental effect on their livelihoods.

Not only do they believe that seals eat the fish out of their nets, but that they damage their nets in the process.

Mr Healy told Prime Time that he used to lose around 30% of his monkfish catch to seals. This has since risen to 90%. 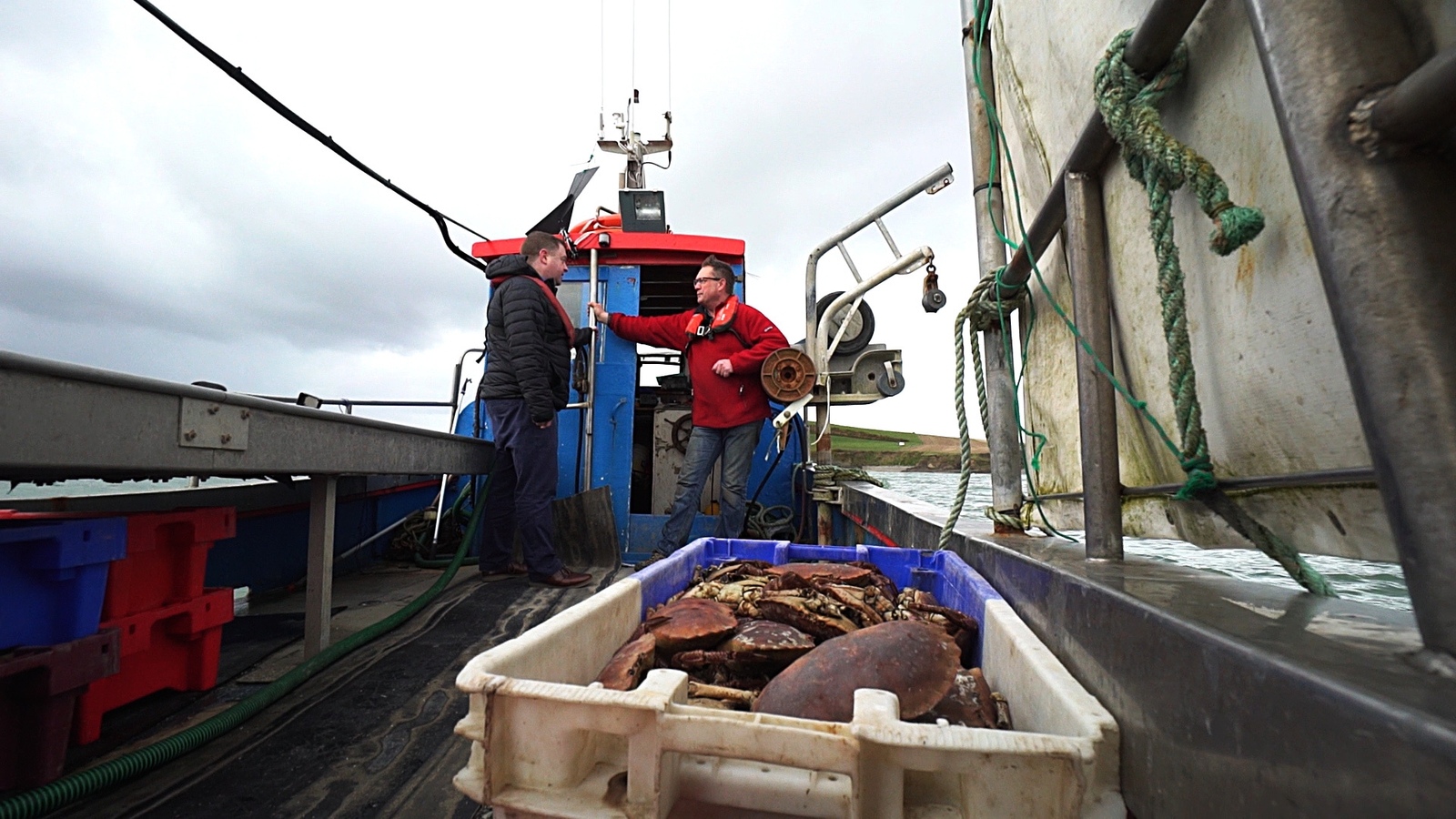 Kieran Healy, a fisherman in Co Cork, believes a surge in the seal population has affected his livelihood

Similarly, he said that he has had to stop fishing for conger eels, since seals kept tearing the eels off of his hooks.

"How much has to be sacrificed before people realise that there is an issue?" Mr Healy asked.

Environmentalist Saoirse McHugh acknowledges that deer culling may be necessary "because the numbers have exploded far past what they would be in a healthy ecosystem."

Noting that Irish waters have been "overfished" for decades is the real issue, she nevertheless opposes the culling of seals, and believes there are more sustainable and long-term alternatives, such as re-wilding and ecosystem restoration.

Johnny Woodlock, from the Irish Seal Sanctuary, also opposes the culling of seals. He suggested that seals could be sterilised by delivering a contraceptive drug through darts fired at seals.

This would help manage seal populations without actually killing seals, he said.

But Prof Donohoe has reservations about darting wild animals with contraceptives. 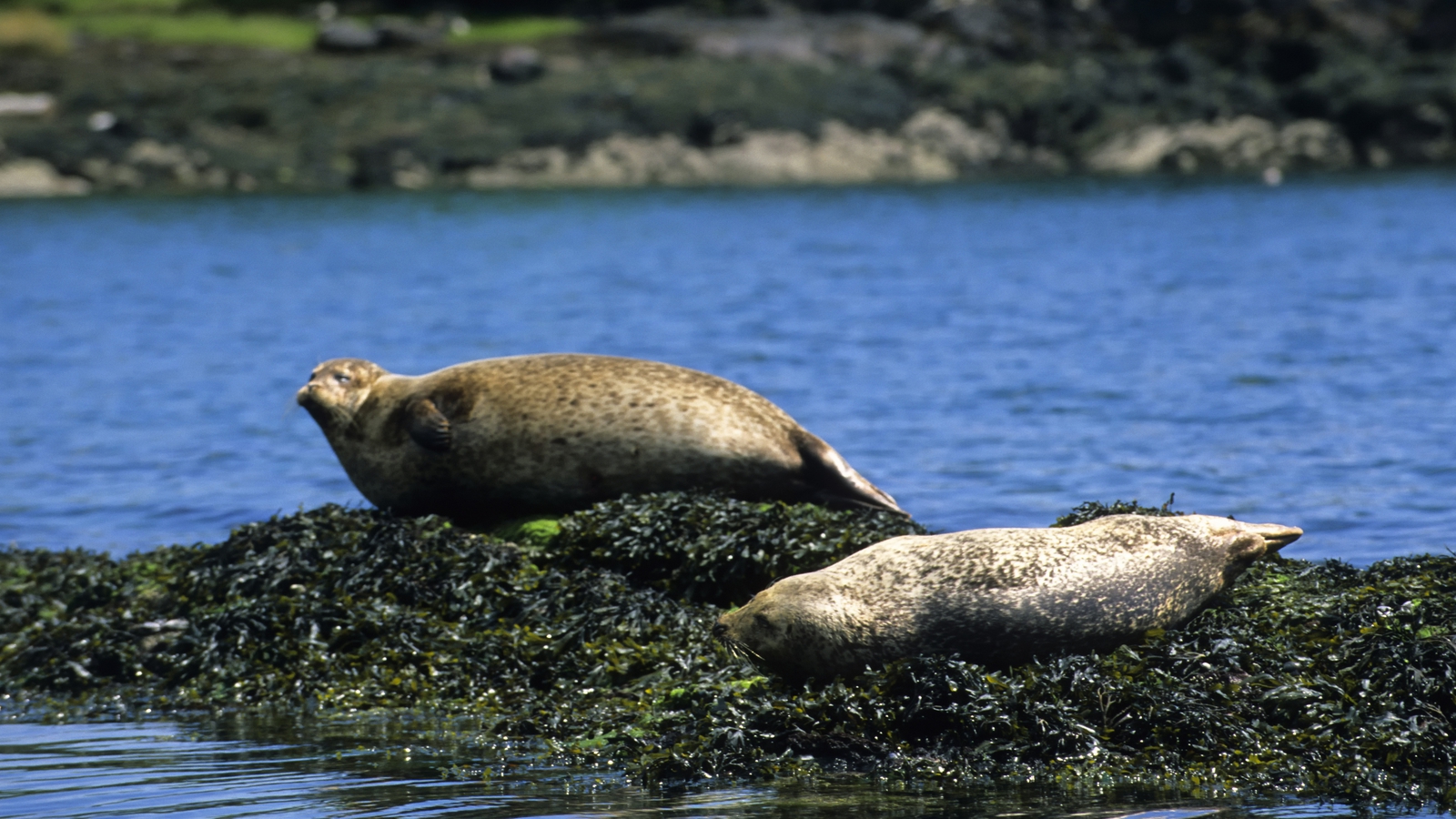 Activists believe there are more sustainable alternatives to culling seals

"You are going to have empty darts floating around the place," he said, "so you are polluting the sea with dangerous things and, actually, how successful is that likely to be in reality as an exercise?"

Whatever the conclusion, environmentalist Éanna Ní Lamhna cautions against what's known as anthropomorphology – the notion that, because certain animals look cute and nice, they should be allowed to live.

"That's not a scientific way of doing anything. That's no way of deciding anything," she said.

Culling is a divisive issue. Some see it as a necessary mechanism for rebalancing ecosystems. It infuriates others who believe every animal has the right to live.

Wherever you stand, the dilemma on culling wildlife looks set to endure.

Watch reporter Conor McMorrow and producer Aaron Heffernan's "Into the Wild" report on Ireland's seal and deer population on Prime Time tonight at 9.35pm on RTÉ One and RTÉ Player. 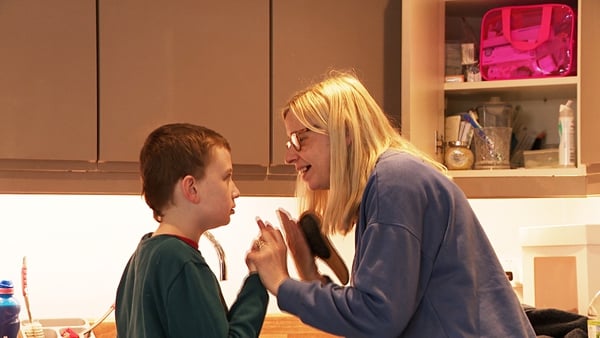