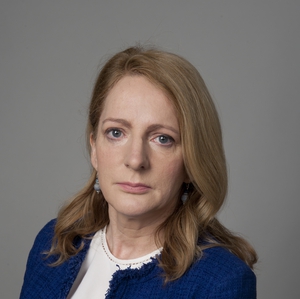 The Director General of TG4 has called for an overhaul of the funding model for broadcasting and a strong regulator to deal with the challenges within the sector.

Speaking to the Joint Oireachtas Committee on Media, Tourism, Arts, Culture, Sport and the Gaeltacht, Alan Esslemont said that the independent production sector in Ireland is currently in a difficult situation.

He said TG4 believed that RTÉ should have the public funding required to meet its obligations, but the equivalent amount should be shared by TG4, Screen Ireland and Broadcasting Authority of Ireland's Sound and Vision Fund.

He said that 44% of the population is now getting its news from Virgin Media.

Mr Farrell said the broadcaster spent an unanticipated €600,000 this year because of the pandemic.

But he added that Virgin Media was disappointed to be excluded from the relief offered to other broadcasters through the partial refund of the Broadcasting Authority of Ireland levy and the reclassification of the Sound and Vision Fund.

Mr Farrell also voiced disappointment that the company received a 7% share of the Government's Covid-19 advertising compared with the normal 30% share of TV advertising.

He said that Virgin Media expected a bounce in advertising next year as confidence returns to the market.

But he said there was a structural decline for all media as they faced competition from Google, Facebook and Amazon.

Vincent Crowley, chairperson of Newsbrands Ireland, told the committee that the economic model for the newspaper industry was broken.

Advertising revenue dropped from €87 million in 2019 to a forecast €60m this year.

He said the decline in print advertising had not been replaced by digital advertising.

Mr Crowley added that digital advertising was being "hoovered up" by giant digital corporations such as Google and Facebook which secured €425m in this market in 2019 compared to €26m for national newspaper publishers.

He recommended cutting VAT for newspapers to tackle the dominance of technology platforms. He also called for reform of the "draconian" defamation laws.

He said they have also suffered a decline during Covid-19 with circulation advertising and event income revenues down €6.38m or almost 22%.

"Our request at this time is parity with the subsidisation given to the local broadcasting sector last July, in the form of a similarly structured once off grant of €2.6m to be distributed to the newspaper publishing sector," Mr Mulrennan said.