Dara Calleary has been appointed Minister for Agriculture, Food and the Marine after Barry Cowen was sacked last night by Taoiseach Micheál Martin.

Mr Calleary had been Chief Whip and Junior Minister for the Gaeltacht until his appointment this afternoon.

His omission from the list of ministers last month had been a source of controversy as the Government faced criticism for not having sufficient representation from the west of Ireland at the Cabinet table.

Junior Minister at the Department of Finance Jack Chambers has been promoted to take over Mr Calleary's role as Government Chief Whip. Mr Chambers has also been nominated as Minister of State for the Gaeltacht and Sport.

Laois/Offaly TD Seán Fleming has been appointed Minister of State at the Department of Finance to fill Mr Chambers' role.

Announcing Mr Calleary's promotion, the Taoiseach said that as Chief Whip Mr Calleary had been "very committed to not just reforming the Dáil, but also overseeing a very comprehensive legislative programme".

Mr Calleary has been presented with his seal of office from President Michael D Higgins at Áras an Uachterain.

Dara Calleary has been presented with his seal of office as Minister for Agriculture, Food and the Marine | More: https://t.co/tLp3yPqIkE pic.twitter.com/Cu83O85sb9

Dara Calleary has been announced as the new Minister for Agriculture, Food and Marine, while Jack Chambers is to be appointed as Chief Whip, following the sacking of Barry Cowen last night | Follow live updates: https://t.co/FFbJLCPwxa pic.twitter.com/KSvNSShIkV

Sinn Féin leader Mary Lou McDonald said she congratulated Mr Calleary on his new role, but she added that she could not ignore the circumstances.

She said told the Taoiseach: "The way these matters have been handled have called into question your judgement."

Reacting to the appointments, Labour leader Alan Kelly told the Taoiseach "this hasn't been a good start for the new Government".

The Labour leader said there is an issue with this new Government and told the Taoiseach "you've had an exceptionally poor start".

He said in relation to the sacking of Mr Cowen that there are deeper issues about the questions put to the Taoiseach that he did not answer.

Independent TD Catherine Connolly has said the elevation of 'three wise men' within the Government brings the 'long journey we have to go to gender equality' into sharp focus | Follow live updates: https://t.co/FFbJLCPwxa pic.twitter.com/3Y3hVduII1

RISE TD Paul Murphy said the controversy was not over.

Mr Murphy said: "What we have in this dumpster fire of a Government is a clear display of the culture of Fianna Fáil. It's a party that is about power, it's not about ideology."

Independent TD Mattie McGrath said the "west is wide awake" and it is well and truly represented with the elevation of Mr Calleary to Minister of Agriculture.

However, ICMSA President Pat McCormack said it was important "that any circumstances around his appointment did not obscure the fundamental nature and scale of the challenge that he faced". 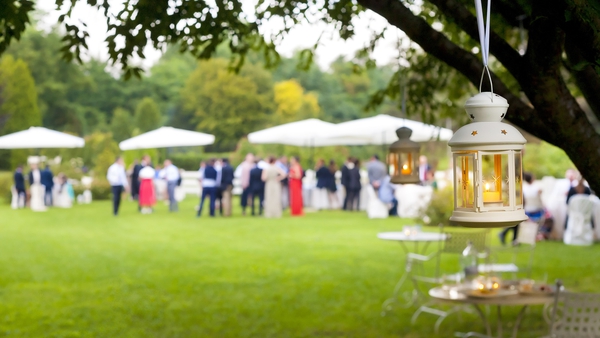 Podcast: It's politics. It's emotional