Sinn Féin is due to receive at least €4.6 million from the estate of an English man who left it his money in his will, RTÉ's Prime Time has learned.

Mr Hampton held cash in over two dozen bank accounts worldwide, including over €1m in a single bank account in Singapore.

£2 million has already been declared by Sinn Féin to the Northern Ireland Electoral Commission, already the largest donation ever to a political party in Northern Ireland.

Further declarations are expected next year, as the party sources estimate Mr Hampton's total known estate is over €4.6m. 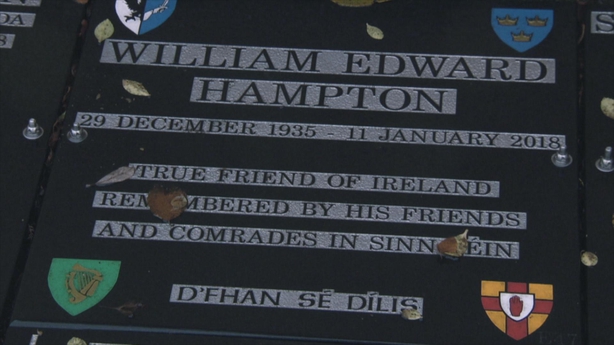 He had spent his adult life travelling in a camper van or caravan in Ireland, Europe and further afield.

At his death he was described as frail and elderly, and had been diagnosed with schizoaffective disorder, a mental condition that is linked to major mood swings and delusion.

He made his will in 1997 at a solicitor's office in Cootehill, Co Cavan, and never changed it.

Sinn Féin returned his ashes to Ireland and interred them at a ceremony in Hannahstown cemetery in Belfast.