It was the quizzical glances among TDs that was most immediately striking as Noel Grealish posed his question from a written script.

But this time he was quoting World Bank statistics and asking if money sent out of Ireland by foreign nationals was monitored to ensure it was not the proceeds of crime.

In particular, he drew a distinction between the money going to European Union countries and the remittances sent to Nigeria.

When his contribution reached its conclusion the verdict of some was uncompromising.

'For many decades, and many centuries, Irish people went all over the world and sent back their remittances to Ireland' - Taoiseach @LeoVaradkar responds to a question from independent TD Noel Grealish on remittances sent from Ireland | https://t.co/JEA9BtWRmb pic.twitter.com/TK6B4wVoVS

Many TDs were talking loudly now, some shouting back at Noel Grealish while others had conversations among themselves about what they had just heard.

"Disgraceful racism," said Solidarity-PBP TD Ruth Coppinger, who had taken to her feet.

Across the Government benches too the sense of unease, tension and anger was palpable.

"Closet racism" were the words uttered by a TD sitting on the Fine Gael backbenches.

The Taoiseach took a cautious but firm approach first saying "I don't know where you are going with this question."

He added that people from many countries live here, they work hard and send some of their post-tax income home.

Along the way there was a pointed interjection from the Minister for Justice, with Charlie Flanagan loudly telling Noel Grealish that plenty remittances from the US went to his constituency of Galway West.

The mood was unpleasant though.

The usual sprinkling of humour, a constant even in dark days here, was deemed inappropriate for this occasion.

The sense of unease rippled through the afternoon.

Independent TD Mattie McGrath and Ruth Coppinger would clash later on the issue.

The Tipperary TD is adamant that it is "totally untrue" to describe questions about: migration, funding and direct provision as racist.

What's clear as the day draws to a close is that migration has now been woven into the fabric of the next election campaign.

The immigrant Council said that scrutinising only one group of migrants for what all migrants do, including Irish living abroad, is shameful.

The council said comments that lack proper background research and factual argument can't be allowed in the "political domain."

However, those privately reflecting in Leinster House believe the exchanges in the Dáil mean it's most likely that arguments like this will if anything become more common in the political domain. 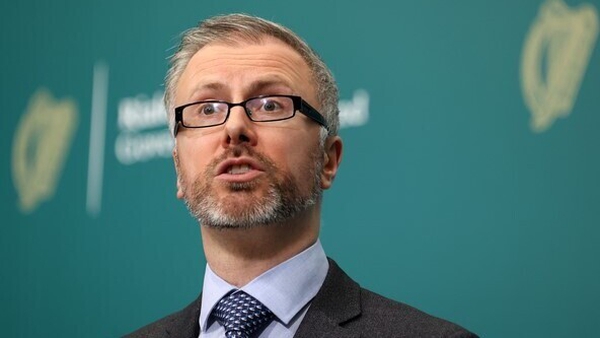