The chair of an investigation into the Dáil voting practices of Fianna Fáil TDs has stepped aside because she herself voted for colleagues who were in the Dáil chamber at the time.

Fine Gael's Hildergarde Naughton, who is chair of the Dáil's Committee on Members' Interests, said she has recused herself from investigating the complaint against Fianna Fáil TDs to ensure the integrity of the process.

She told RTÉ News that she voted for colleagues on a handful of occasions, but stressed that these colleagues were inside the chamber at the time.

Her decision follows legal advice to the committee, which met this afternoon, that anyone adjudicating on these complaints must be in no way compromised.

In a statement, Ms Naughton said: "While the decision is not made lightly, it is one I am making to ensure the integrity of the process. It is vital that there is not even the slightest perception of bias in the proceedings of the committee.

"The Taoiseach, the leader of the opposition and many other members of Dáil Eireann have voted for a colleague while asked to do so while that colleague was in the chamber. So have I, on less than a handful of occasions. I have never voted for someone who was not present in the chamber.

"The legal advice now received indicates that anyone who voted for a fellow TD while they were both in the chamber would be advised to consider whether the process would be best served by them not adjudicating on these present complaints.

"The present investigation concerns voting for members who were outside the chamber and the two are in no way comparable. That is accepted across the political divide, notwithstanding those trying to muddy the waters.

The committee was to consider if the complaint from Fine Gael TD Noel Rock is admissible and then, if it is, what action to take.

The complaint was made after it emerged that Fianna Fáil's Niall Collins voted six times for his colleague Timmy Dooley, who had left the chamber.

The two TDs, along with party colleagues Lisa Chambers and Barry Cowen, subsequently apologised to the Dáil for voting irregularities.

The committee, whose members include Eamon Scanlon of Fianna Fáil; Jonathan O'Brien of Sinn Féin; Willie Penrose of Labour; and the Independent Mattie McGrath - will meet again next Thursday to appoint a person to chair the investigation into this particular complaint.

Ms Naughton will remain on as chair of the committee, but will not be involved in examining this particular complaint.

It is open to the committee to recommend that the TDs found to be at fault are suspended from the house for a period of time.

However, Ceann Comhairle Sean Ó Fearghaíl, who described the voting controversy as "stark and unpalatable", has said any sanctions could only be imposed if passed by a Dáil vote.

Mr Dooley has said that he never asked Mr Collins to vote on his behalf. Mr Collins said he believed that his colleague was at the back of the Dáil chamber when he voted for him.

Ms Chambers said she accidentally voted on one occasion for the party's deputy leader, Dara Calleary, who was out of the chamber conducting a radio interview.

She said it was an accident, but wholly accepted she should have informed the Dáil teller of the error. 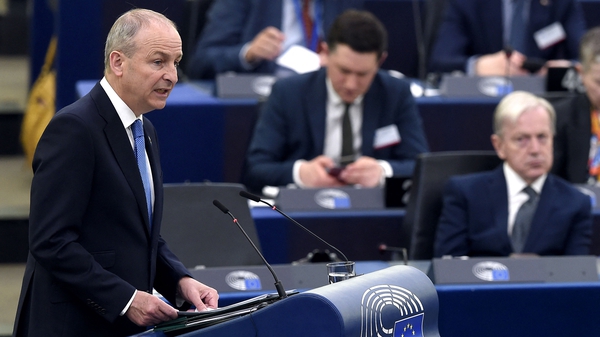