Britain's change of prime minister has also changed the game completely for Taoiseach Leo Varadkar and his administration.

Boris Johnson has painted the Withdrawal Agreement, which allows Britain to leave the EU smoothly, as a villainous scheme cooked up by faceless Brussels bureaucrats.

While he is clear about not wanting the backstop, he has not spelled out what could replace the existing proposals. If there is no pact between the EU and UK, then Britain could slide into a no-deal scenario by accident.

Dominic Rabb, the new Foreign Secretary, has already put a premium on leaving the EU above all else. But it is important to remember that no-deal would mean the UK having the same relationship with the EU as Zimbabwe, China, Russia or any other country which lacks a free trade agreement with Brussels.

There have been many predictions about the damage which would be wreaked on the islands of Ireland and Britain in the event of an abrupt exit.

But with all economic projections, it is worth remembering they are frequently wrong. Some of the smartest people in the financial markets argue that nobody can really predict the consequences of no-deal. Just remember how few people correctly predicted the effects of the Irish financial crisis. 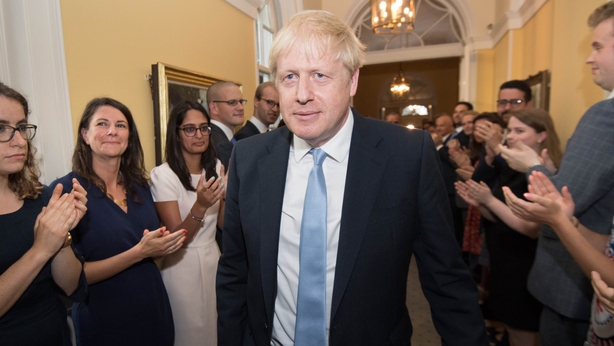 The British political earthquake is going to be a nightmare for the Irish Government. Under Theresa May’s administration, the UK Cabinet had both Remainers and Brexiteers – now the latter have taken complete control.

In politics, personal relationships count. Under Theresa May’s administration, there were some figures who empathised with the complexities of the Irish border and how a disorderly Brexit could be ruinous for Ireland and the North. But those UK politicians have been relegated to the backbenches following the Brexiteers' takeover.

Boris Johnson is using the threat of no deal as a mechanism to force the EU and Ireland to reconsider the backstop.

By characterising the EU as the enemy, the new Prime Minister is making positions more polarised.

In an era when both Poland and Hungary are testing the resolve of Brussels to stand by its own rules, the EU won’t want to be seen caving into threats.

Clearly, Boris Johnson is looking at the success of Nigel Farage’s Brexit Party, which won 29 seats in the European Parliament elections in May - gains made at the expense of Tories and Labour.

By shifting the position of the Conservatives towards a hard line on Europe, Johnson can limit Farage’s popularity in the event of a UK General Election. 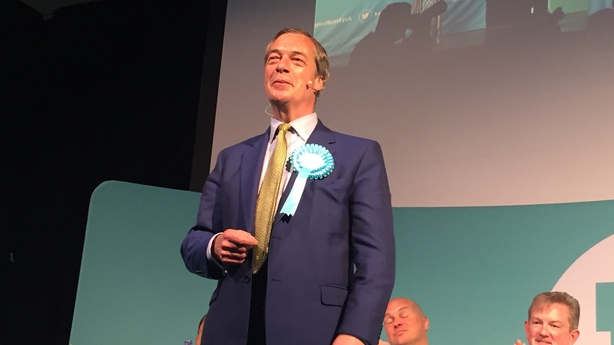 Playing party politics with Brexit could have dire long-term consequences for Ireland.

With the nuclear option becoming a stronger possibility, the calls for Leo Varadkar and Tánaiste Simon Coveney to spell out Ireland’s plans for a no deal will become louder.

On Friday, Brendan Howlin, leader of the Labour Party in Ireland, said the country’s preparations were "conspicuously short of detail."

The tricky issue for the Government is when it decides to unveil its concrete plans. The biggest concern is the location of checks on produce which comes from the North into the Republic. Businesses want to know the answer to that sooner rather than later.

If the Government announces that information now, Brexiteers could take advantage of it and argue Ireland has come up with a solution to mitigate damage from a hard exit. That might encourage the new UK government to press ahead with a no dea’.

On the other hand, the later that information about checks is made public by the Irish authorities, the harder it will be for businesses to prepare for the changes. This will make the economic consequences more painful.

State backed credit note to be offered for package holidays