For the first time, female politicians from across a number of parties are joining forces to propose legislation in the Dáil as part of International Women's Day.

Green Party deputy leader Catherine Martin told the RTÉ Your Politics podcast that she had worked in a school where she had to buy the products for the students.

She said the proposed legislation would allow for the discussion of "period poverty". Ms Martin also said there was broad support for the motion from politicians across many parties.

The caucus has received confirmation that the Government will give time for the motion to be discussed on 13 March.

Fine Gael TD Kate O'Connell said the caucus found that women across political divides were working well together, but female politicians still had a lot further to go in terms of achieving equality in the Oireachtas.

"If we look to the private sector we see the bottom line is always improved where there is diversity and equality. The bottom line in politics is good representation and legislation," she said.

She said there were only four females in the 15-member Cabinet, which includes the Taoiseach and his ministers.

The podcast also covers the latest political briefing from the RTE Politics team, and can be downloaded here on iTunes, Stitcher and Soundcloud. 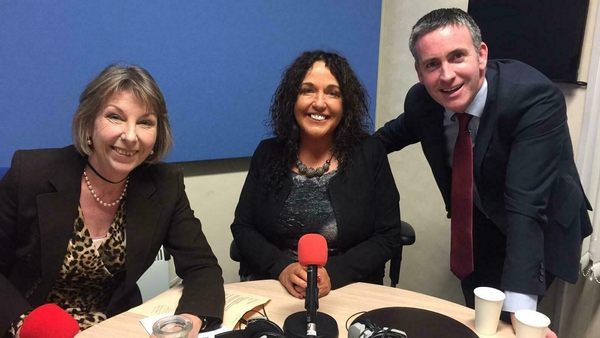