The Government’s decision to offer free out-of-cycle screening to women during the CervicalCheck controversy has cost €10 million and has undermined the programme, the Dáil has heard.

Speaking during Leader's Questions, Fianna Fáil’s Micheál Martin said it was now taking laboratories 93 days to report on smear checks and cytology labs had not been resourced to deal with the decision.

"It was a kneejerk political reaction by the minister that has ended up damaging the overall programme that has cost €10m that I think would have been better used elsewhere," Mr Martin said.

Mr Martin said Minister for Health Simon Harris had been warned of the negative impacts of the decision.

However, the Taoiseach defended the decision to offer all women free out-of-cycle smear tests, saying while it was opposed by some doctors, it was called for by others and welcomed by the Irish Medical Organisation and Opposition TDs when announced. 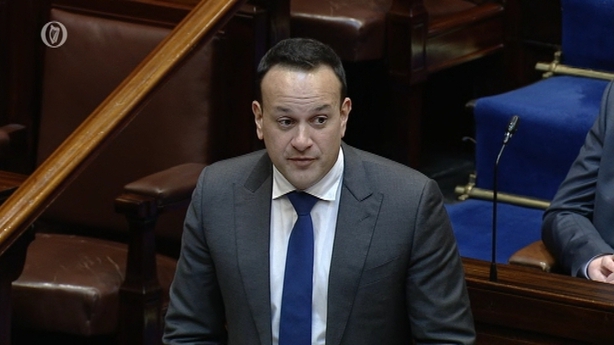 He also said he had reflected "a lot" on how the Government had handled it, adding that they were under "enormous pressure" to act quickly.

"Tens of thousands of women attended for those repeat tests and yes it is true that some doctors warned that this backlog would arise, but other doctors called for it," he said.

"Everything we did was in good faith and sometimes we acted perhaps from the heart rather than the head," he said.

Mr Martin said that targets for HPV testing had also not been met, and no clear commitment has been given around its introduction in 2019.

Read more: Second Scally report to be completed within days

The Taoiseach also said the solution to resolving the backlog of cervical smear tests is not to remove the Minister for Health from his position.

He was responding to Sinn Féin's Pearse Doherty, who said it was clear that the minister was "out of his depth and not up to the job".

Mr Doherty said women were waiting up to six months for the results of smear tests, and it was inevitable that some of those results would show the presence of cancerous cells. 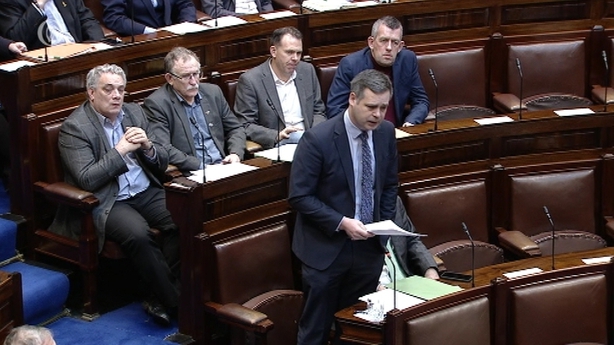 The Donegal TD said: "The minister announced free screening without any consultation with the labs, or without carrying out any analysis of the capacity to do what he had announced."

He asked if the minister should have taken on board the advice of the former Director General of the HSE, who claimed he was not made aware of the decision, and suggested it should be "walked back".

In response, the Taoiseach said it was curious to hear Sinn Féin now quoting Tony O'Brien - the former Director General of the HSE - when Sinn Féin's last vote of no confidence was in Mr O'Brien.

"It shows the entire approach of Sinn Féin to the health service, its just a stick to beat the Government with," he said.

The Taoiseach questioned Sinn Féin's commitment to the health service in Northern Ireland, which is now without a Minister for Health due to the lack of an Assembly at Stormont.

Mr Varadkar said "the solution to this problem is not removing our health minister".

Meanwhile, the Irish Cancer Society said that news of the backlog will cause anxiety and distress for people waiting.

It called for urgent Government action to eliminate the delays and restore confidence in CervicalCheck.

Head of Services Donal Buggy said the delays will not only impact the women who availed of the free smear test in 2018, but the women who are now being invited for a smear as part of their scheduled screening cycle.