Sinn Féin leader Mary Lou McDonald has accused the British government and the DUP of prolonging Stormont's power-sharing crisis to allow an unreflective view of Northern Ireland to be presented in the Brexit debate.

Ms McDonald said she was prepared to re-enter talks with the DUP to find a resolution to the 19-month impasse.

However she said the terms of a draft deal her party insists was struck in February remain the "bottom line" for any fresh negotiations.

Ms McDonald branded the failure to restore power-sharing a "disgrace".

She suggested the deadlock suited British Prime Minister Theresa May and the DUP as it meant the outcome of the Brexit referendum in Northern Ireland was not being effectively presented at a governmental level.

Northern Ireland voted 56% in favour of Remain in the Brexit vote.

Speaking to the Press Association, Ms McDonald said: "I think it suits the DUP and the British government not to have institutions in the north for the simple reason that the DUP are very much out on their own on the issue of Brexit. 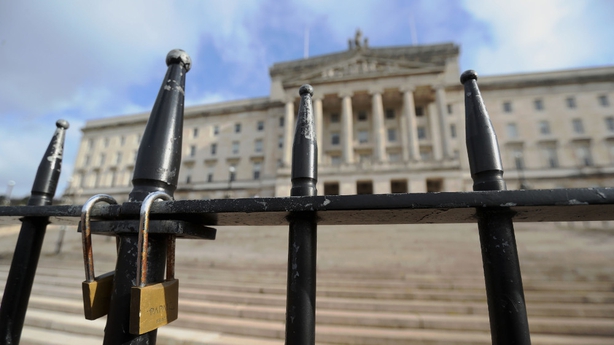 "They are not reflecting the views of the majority of people in the north on this matter, far from it."

She added: "In fact they are acting in defiance of the views of the people of the north.

"It would be preferable to have the institutions up and running where that political reality could be writ large."

Stormont crashed in January 2017 amid a row about a botched green energy scheme.

It later widened to take in issues such as the Irish language, LGBT rights and the legacy of the Troubles.

The last talks to resurrect the institutions crashed in February when the DUP pulled the plug.

Sinn Féin insisted a draft deal had been signed off with the DUP at that point, and accused the party of getting cold feet in the face of an internal revolt from grassroots members angry about potential concessions over the Irish language.

The DUP denied the claim, insisting it exchanged numerous papers with Sinn Féin during the negotiation process but none amounted to a draft agreement. 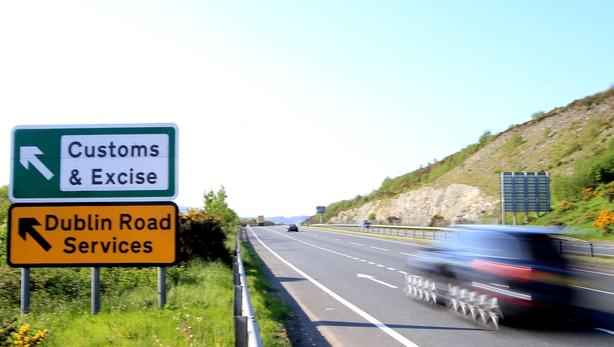 McDonald against vote on Irish unity while Brexit uncertainty remains

Ms McDonald also warned that a poll on Irish unity should not be held while uncertainty around Brexit remains.

The Sinn Féin leader said she disagreed with those who argued that a hard or chaotic Brexit should be the trigger for a referendum on unification.

She insisted that would be the wrong climate for a substantive debate on the constitutional issue.

"The obvious thing would be to say 'well have the border poll and remove the border, if the border is the problem, simply take it away' and there is a certain logic to that," she said.

"I am very, very conscious that you can't come at this issue in that simplistic way."

She added: "It's very important when we come to addressing the issue of partition we do it in the best possible climate and we do it in a way that maximises consent.

"It is not my preferred option or our preferred option that we deal with the issue of Irish unity in a climate that is unsteady or unstable or chaotic, in other words in the context of a crash Brexit or a very hard Brexit."

Ms McDonald said the border poll question should be put to one side until the "dangers" posed by Brexit are mitigated.

"I would prefer that we have sequencing that firstly delivers a level of economic and social certainty, in as much we can be certain, and stability and from that base we then continue the conversation about Irish unity," she said. 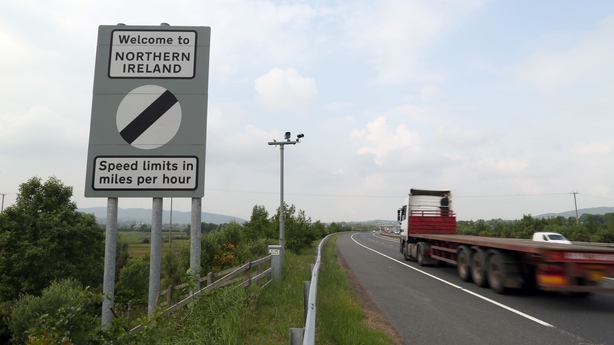 Ms McDonald also said unionists who failed to countenance the possibility of a united Ireland in the future were burying their heads in the sand.

She was reacting to the fallout from remarks by former DUP leader Peter Robinson, who said unionists should prepare for what would happen if they were to lose a future border poll.

Mr Robinson's party colleague Sammy Wilson was among a number of unionists to criticise the former first minister's comments, accusing him of giving encouragement to the republican narrative.

Ms McDonald said it was "common sense" to look at possible constitutional changes, even if you did not support them.

Reflecting on what accommodations might be made for unionists if a united Ireland was to come to pass, the Sinn Féin leader also indicated she would be prepared to accept a different flag and national anthem.

"Peter Robinson certainly is not raising a banner for Irish republicanism or for a united Ireland but I think it's good to hear a senior unionist talk in terms that are simply grounded in realism," she said.

Earlier today, Taoiseach Leo Varadkar restated his view that it was currently the wrong time for a border poll.

"I think it's not helpful to be talking about a border poll in Northern Ireland," he said.

"We are in a situation whereby there is huge uncertainty in Northern Ireland because people don't know what's going to happen in terms of Brexit but also the Northern Ireland parties haven't been able to come together and form an executive.

"For me to start talking about border poll in that context wouldn't be helpful."