The professional body representing medical scientists in Ireland has said the decision to outsource cervical smear test analysis to laboratories in the United States was "short-sighted".

Dr Irene Regan from the Academy of Clinical Science and Laboratory Medicine told the Oireachtas Health Committee that the decision to move screening to the US means there is a lack of information about the standards of individual labs carrying out the analysis.

"One consequence of this decision to outsource is that the academy does not have access to information from these laboratories and is therefore not in a position to comment on the quality metrics or standards of individual laboratories at this time," she said.

Dr Regan was giving evidence as part of an examination of medical screening programmes by the Oireachtas Health Committee. 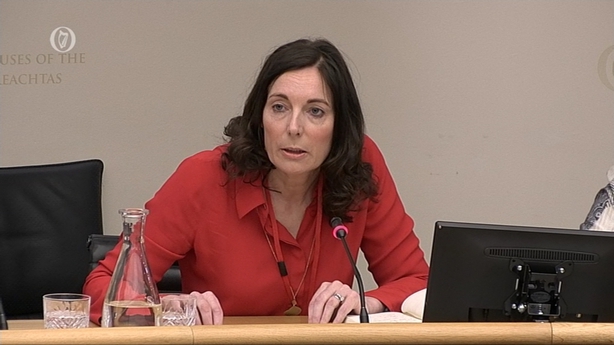 She said if the Scally Scoping Report identifies any suboptimal performance within laboratories currently providing this service that "a rigorous approach to remedying these issues will be required to bring them in to line with international standards".

She told the committee that the professional staff in cytology screening labs in Ireland are medical scientists and pathologists who have specific qualifications and training.

Dr Regan said the academy wished to clarify that Irish accredited laboratories that tendered for the cervical screening service in 2007/8 were informed that they had scored highly in all areas (quality and turnaround times) except cost.

Screening programme 'did not operate' to necessary standards

The group representing medical laboratory scientists told the committee that while the screening programme saved lives, it is "now clear it did not operate to necessary standards culminating in the serious failings in the CervicalCheck audit and communication process".

General Secretary of the Medical Laboratory Scientists' Association (MLSA) Terry Casey said that they warned the Health Service Executive and the National Cancer Screening Service of the risks of outsourcing tests to the US.

"Concern was also expressed about the loss to the State of the skills to provide the service," Mr Casey said.

He said they were "deeply saddened by the impact of the system failures of CervicalCheck on individual women and on public confidence in the cervical screening programme.

He said that following the decision to outsource the testing, the National Screening Service, Department of Health and HSE "expressed no interest in the development of a cytology screening service in Ireland" despite recommendations in a 2004 report to develop and redesign the existing laboratory structures.

He added that they welcomed the upcoming review into the service and calls on the HSE to invest in the retraining and upskilling of medical scientists so that the testing service can be returned to Ireland.

"It must be acknowledged also that the recent controversy has also impacted greatly on all the staff who have worked diligently over the last decade to provide the CervicalCheck screening service in Ireland," he said.

He said his members hoped that lessons have been learned by the HSE and Department of Health of the need to invest in Irish clinical pathology laboratories so that "such vital services can be provided within the State in accredited laboratories with essential links to clinical services".

Marie Culleton from the Academy of Clinical Science and Laboratory Medicine said it was necessary to wait until the Scally report comes out before being able to identify if there was a problem with one particular laboratory.

"He is doing an in-depth audit and will tell us if there was a problem with one particular laboratory," she said