The Minister for Communications has said public service broadcasting is in "deep trouble" because of unsustainable revenues.

Addressing a Dáil debate on the future funding of broadcasting, Denis Naughten said the current levels of TV licence evasion at 14.6% was unacceptable.

This represents an annual loss of €40m to public service broadcasting.

"So effectively everyone who pays their TV licence pays €39 to cover the cost of someone who won't pay," he said.

Mr Naughten said falls in commercial income, advertising revenue and TV licence fee evasion have all had a negative impact.

The Oireachtas Communications Committee has recommended that the TV licence should be collected by Revenue.

A report by the committee also pointed out that there has not been a licence fee increase since 2008.

However, Mr Naughten said he believed the priority focus should be on reforming the current model.

"We need a far more significant shift in the evasion rate if we are to properly fund public service broadcasters as well as to broaden the pool of contributors," he told the Dáil.

He said changes to the law which are being progressed would make it possible to hold a public procurement competition to tender for a new collection agent for the television licence.

He said he would also allow RTÉ greater flexibility in respect of its hourly limits on radio advertising.

Sinn Féin TD Brian Stanley said he was opposed to the idea of Revenue collecting the licence fee.

He said "it is not appropriate for that arm of the State to be used to collect a TV licence fee for what is a utility".

Mr Stanley said that the collection of a TV licence should remain with An Post, and called for it to be modernised.

He said that a database should be used for when TVs are purchased. 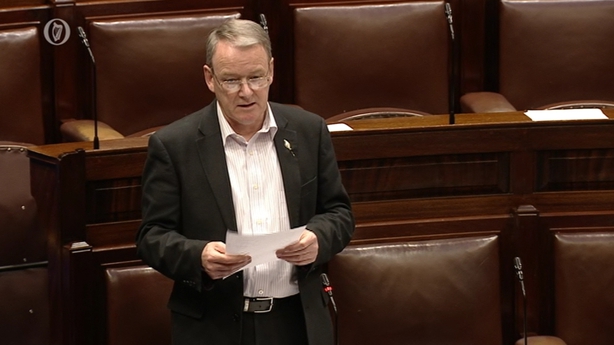 Mr Stanley suggested: "When people access or register for a service such as cable television or satellite, that is a way of capturing it."

On RTÉ's high earners, the Sinn Féin TD said: "Householders see millions being spent and it is important that they can see value for money.

"We do need to find a way of tackling some of the excessive pay and it is a small number of people in RTÉ. That does need to be dealt with.

"RTÉ needs to answer to yourself, to us and to the licence holders how that is justified," he said. 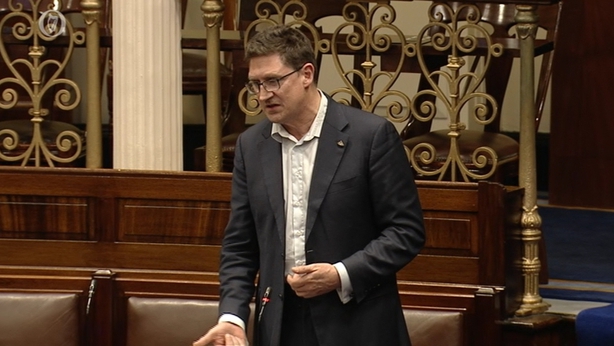 He said he supported the committee's suggestion that the TV licence be collected by Revenue.

"What we are seeing here is a complete failure of Government to show any sort of leadership or urgency on one of the critical issues of our time," Mr Ryan said.

PBP-Solidarity’s Bríd Smith raised concerns about the proposal to hand over collection of the TV licence to Revenue, like "another household charge". 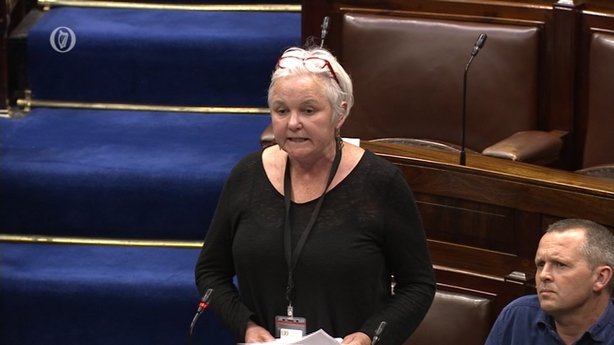 "Even if you just own one, I think that will be quite shocking to a lot of people in this country. It seems like an austerity measure, rather than a sensible way to fund broadcasting."

She also said the numbers facing court for failure to pay the licence was "staggering" at 11,693 with 400 facing prison sentences. She suggested a levy on internet providers.

"Public service broadcasters play an important role in our democratic society. It is essential that they receive adequate and stable funding to ensure the continued delivery of their role and the ability to meet their remit as set out in legislation," he said.