The rules around Dáil speaking time during the Order of Business may be changed following yesterday's explosive outburst in the chamber.

Since the Dáil returned after the Christmas break, TDs have queued for a number card that ensures they get a chance to ask questions during this part of the day's proceedings.

The cards are handed out to TDs on a first-come-first-served basis and they can then seek answers to questions on promised legislation.

But yesterday the Dáil had to be suspended after a row broke out between Fianna Fáil's Marc MacSharry and Independent TDs Danny and Michael Healy-Rae.

The Fianna Fáil TD became enraged over the TDs sharing of speaking time and their consistent prominence during the Order of Business.

He argued that his party's 44 TDs are not getting a similar amount of time to speak.

This morning, the matter was discussed by the Dáil Business Committee, which has representatives from all parties and groups and meets in private.

Solidarity-PBP TD Richard Boyd-Barrett said there is a view now that the current system is messy, cumbersome and controversial.

However, Mattie McGrath from the Rural Independent Technical Group spoke in favour of retaining the current system.

The committee is going to ask the Ceann Comhairle Sean Ó Fearghaill to make a final decision on this next week.

One option being considered is that TDs would have to notify the Ceann Comhairle's office of their speaking request each morning.

He would then allocate the time in advance of the Dáil session getting under way. 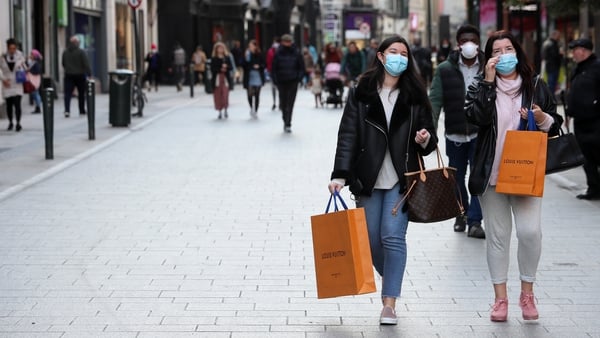 Reopening of all shops, gyms likely on Tuesday