A new opinion poll shows a slight fall in support for Fine Gael with other parties remaining largely unchanged.

The first poll of 2018 was conducted between 4-16 January among almost 1,000 voters nationwide.

Compared to its last survey in December, the Sunday Times/Behaviour & Attitudes poll shows support for Fine Gael is down two points to 32%.

There is no change for Fianna Fáil at 26%. 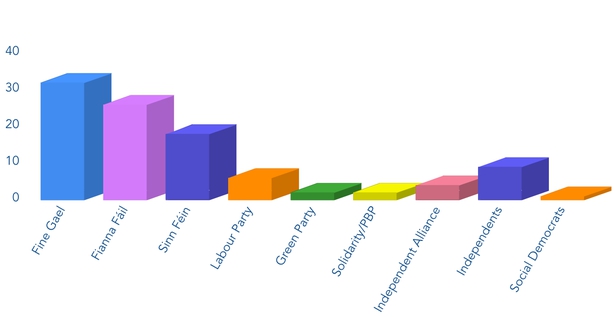 Social Democrats are down one point to stand at 1%.

At 4%, there is no change for the Independent Alliance and Independents are up one point at 9%.

The fieldwork for this poll would have been taken before the main Dáil debates on the Eighth Amendment and would not reflect the public reaction to what various politicians have been saying on the issue.