A Government motion which will see Irish Defence Forces involved in Operation Sophia was passed by the Dáil with the support of Fianna Fáil.

Sinn Féin placed an amendment to the motion for the matter to be discussed further at committee stage, but that was lost.

The primary objective of Operation Sophia is to target and stop gangs using vessels for human trafficking, mainly from Libya.

In a statement, Fianna Fáil’s spokesperson on defence Lisa Chambers said that the participation of the Defence Forces in Operation Sophia "will ensure that Ireland plays its part in responding to the horrific humanitarian crisis in the Mediterranean as well as fulfilling our duty of members of the European Union."

The Dáil debated the motion after TDs expressed concern that it was being put to through the House without enough consideration. 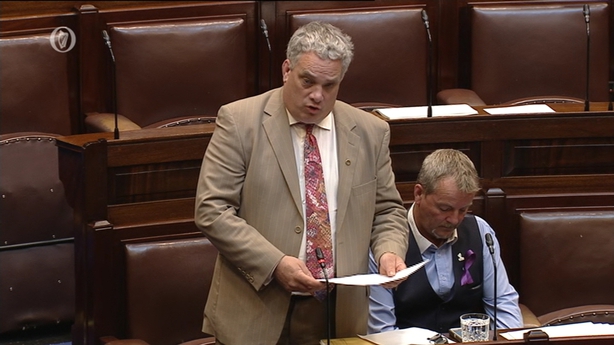 He said only low level smugglers are being caught and despite that 425 boats were destroyed, business has shifted to more unstable precarious inflatable boats.

Labour Leader Brendan Howlin told the Dáil that serious concerns were raised by a House of Lords report in Britain yesterday regarding Operation Sophia.

He said many of those concerns are shared by the Immigrant Council of Ireland, by the Irish Refugee Council and Médecins Sans Frontières. 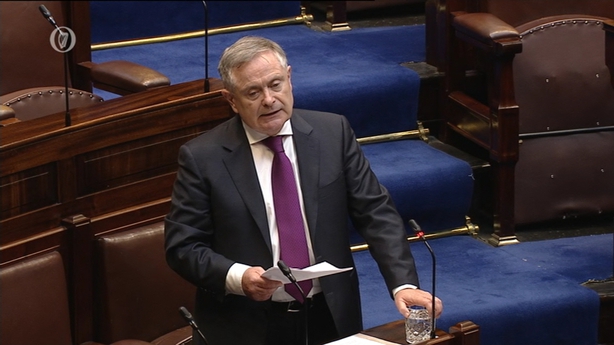 Mr Howlin said the "importance of the assessment from the House of Lords is that Operation Sophia isn't working".

Instead, he said, it is contributing to more people dying because it is diverting resources from the primary task of picking up people who could drown.

Solidarity/People Before Profit TD Richard Boyd Barrett accused Fianna Fáil and Fine Gael of compounding the "shame and shredding" of Irish neutrality after facilitating two million US troops through Shannon Airport, by implicating the Irish Navy in what he called Fortress Europe. 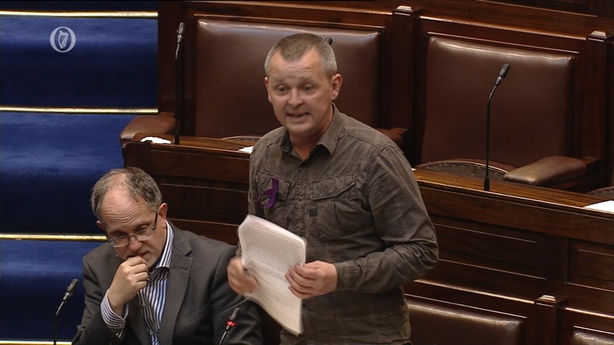 He said: "The filthy xenophobic, racist policies of Fortress Europe have led directly to 14,000 men, women, children and babies drowning in the Mediterranean in the last two years."

He accused that through Operation Sophia, the Government is "sullying" the record of the Navy that have rescued 16,000 people in the Mediterranean.

Independents 4 Change TD Clare Daly said that the motion was as significant as in 2003, when it was agreed that the US would be allowed to bring troops through Shannon.

She said there was no mention of the Defence motion this day last week. 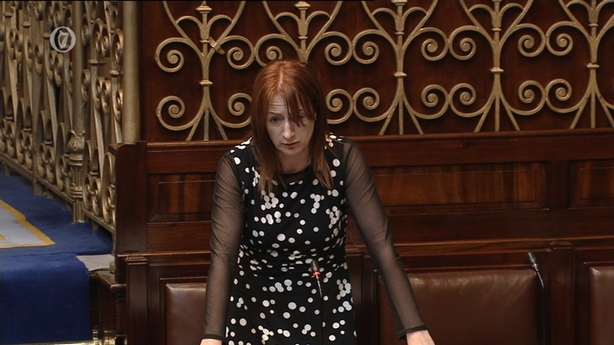 "A day later a new schedule came out and it was on it as a motion on Defence, half an hour’s discussion, no details, nothing and it only emerged this week what it actually was", she said.

Ms Daly said the idea that TDs would be moving the motion on almost the last day of the Dáil without discussion was "an affront" to the citizens of the State, Defence Forces personnel and is moving the State towards involvement in a European army.

She said the only conclusion that could be drawn for the motion being "rammed through the Dáil" is because the Secretary General of the Department of Defence and the Chief of Staff of the Defence Forces want it.