The Minister for Justice has defended the Government's appointment of former attorney general Máire Whelan to the Court of Appeal.

Charlie Flanagan said the Judicial Appointments Board reported on 16 May that it was not in a position to make an appointment to the Court of Appeal.

He said the Government nominated the then Attorney General for appointment as "an ordinary" Judge to the Court of Appeal and the Government acted entirely within its constitutional powers and responsibilities in making the nomination.

Mr Flanagan expressed surprise over "experienced members" of the house, former ministers and "people outside" clambering for Ministers and the Government to lay down and itemise and publicise the A-Z on what happened at the Cabinet meeting on 13 June.

In response, Fianna Fáil's Justice Spokesman said the Government circumvented the law in making the appointment.

Jim O'Callaghan said it is laughable to suggest that they followed correct procedures.

He also asked why Ms Whelan was allowed to remain in the room while her nomination was being discussed. 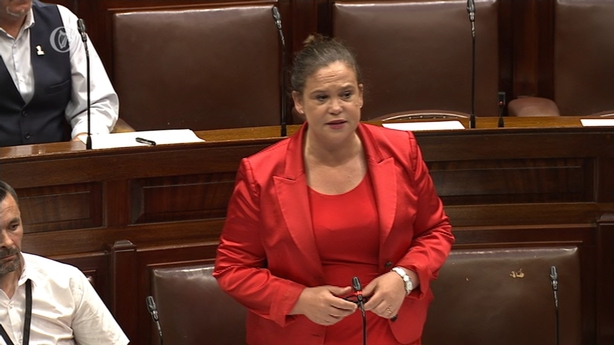 Sinn Féin's Deputy Leader said the idea that an applicant sits at the table when the decision to appoint is made was "just off the wall".

Mary Lou McDonald accused the Government of deliberately and willfully circumventing the law.

Earlier this afternoon the Dáil heard that the two men discussed the appointment by phone at the weekend.

She also criticised what she described as the 'brass neck' of Fianna Fáil, saying that if they were serious they would have tabled a motion of no confidence last night.

The Wexford TD said it was embarrassing to hear Fianna Fáil's outrage, followed by silence a few days later.

In a question and answer session following the statements, the former minister for justice described efforts to suggest there was undue pressure on President Michael D Higgins to appoint Ms Whelan to the Court of Appeal as extraordinary.

Asked by Fianna Fáil's Barry Cowen whether she discussed the vacancy at the Court of Appeal with the former attorney general prior to 23 May, Ms Fitzgerald said she did not.

Normal practice going back over several decades has been that the Minister for Justice, in consultation with the Taoiseach, brings a name to Cabinet by way of nomination and the personal privacy of applicants is private, she told Mr Cowen.

The Dáil debate ended after more than two hours with many TD's questions remaining unanswered.

There were robust exchanges during Leaders' Questions between Mr Varadkar and Mr Martin over the appointment of Ms Whelan to the Court of Appeal.

Mr Varadkar asked Mr Martin to withdraw comments he made yesterday in the Dáil chamber, which he said had cast aspersions on the character and capabilities of a sitting judge. 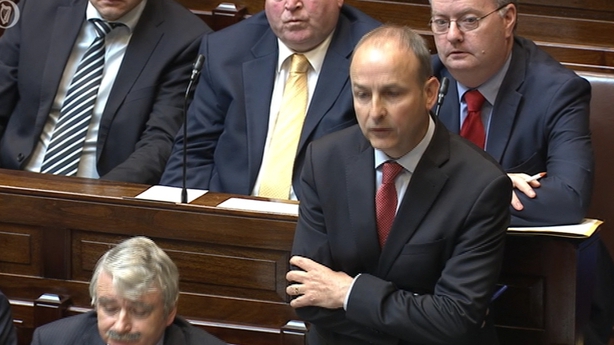 He said the Fianna Fáil leader had suggested that Ms Whelan was a lesser person than previous judges.

Mr Martin said ministers had expressed concerns at Cabinet yesterday over the appointment.

He told the Dáil that during a private telephone conversation with the Taoiseach last Sunday, he raised questions about Ms Whelan's suitability.

Mr Martin said her suitability could not be separated from the appointment.

Mr Varadkar confirmed this but added that Mr Martin had told him he would not be making those reservations public and was now doing so.

For the second time, he asked Mr Martin to withdraw his remarks.

This evening Mr Varadkar told the Fine Gael parliamentary party that there was precedent for Ms Whelan's appointment.

Mr Varadkar also spoke at length about Brexit during the meeting.