The Office of Public Works has told Nuacht RTÉ that there is no evident threat to the National Monument site at Dún Aonghasa on Inis Mór, Árainn at this stage, following the landslide at Bun Gabhla on the island reported earlier this week.

Maps provided by Geological Survey Ireland, however, show that Dún Aonghasa is situated in an area which is highly susceptible to landslides (see the red band on the map below). 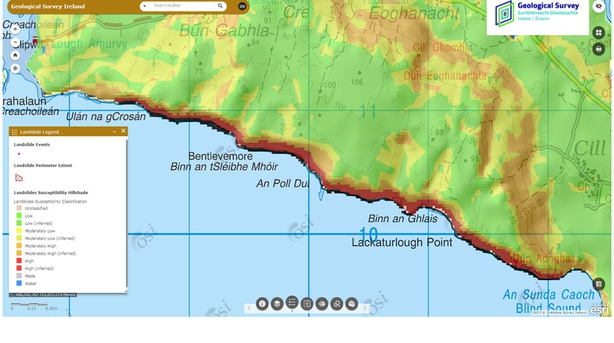 Despite there being no evident threat, the OPW says it is currently considering the need for a specialist inspection of the site at Dún Aonghasa and that a careful watch is being maintained for any visible changes to the topography there.

It says appropriate action will be taken if and when it is deemed required.

Dún Aonghasa is a National Monument site renowned throughout the world. It is a stone fort which was originally constructed around the year 1100 BC and refortified around 700-800 AD. Over 125,000 tourists visited the site in 2017.

Bun Gabhla is located about 4km northwest of Dún Aonghasa and the OPW says that it had been progressively undercut by Atlantic wave action for some time before portions of it fell into the sea last week.

It was announced last Monday that the State is to invest an extra €600,000 in the visitor experience at Dún Aonghasa - including wayfinding and signage - and in other National Monuments on Inis Mór.

The visitor centre there is about 1km from the fort itself.

The OPW says it already funds the maintenance of National Monuments and that resources are in place to deal with remedial works and the protection of visitors.

The map below provided by Geological Survey Ireland shows that other cliffs on the southern part of Inis Mór are also highly susceptible to landslides. 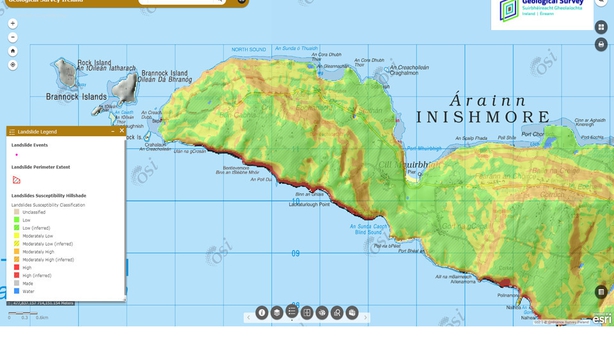 More information on landslide susceptibility in Ireland can be found on the GSI website. 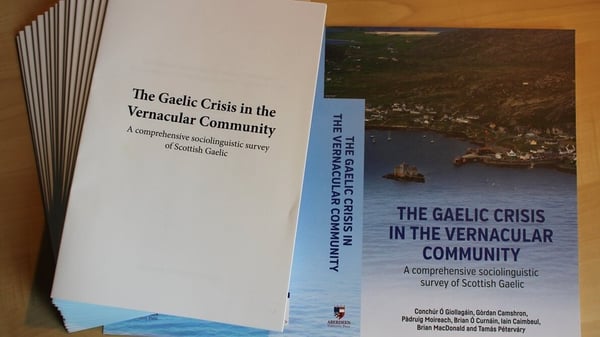 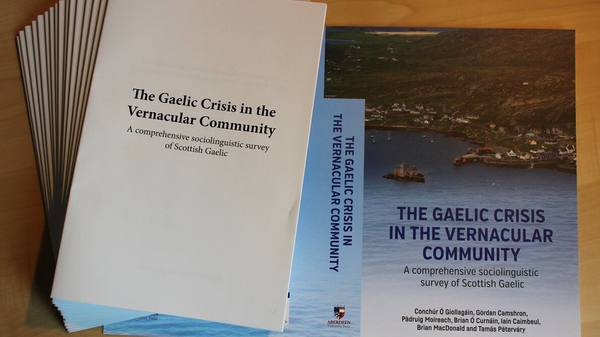 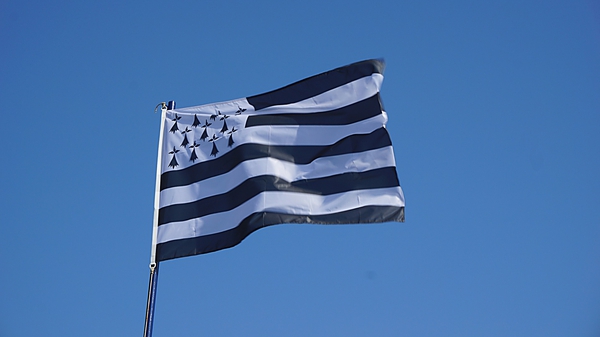