The circular UFO-like cloud covered the sky in the early morning hours.

The surreal sight has gone viral on social media as the sunrise shifted the colours of the massive cloud from orange to red and to yellow.

The country's Meteorological Directorate told local media that the peculiar formation was an example of lens clouds. 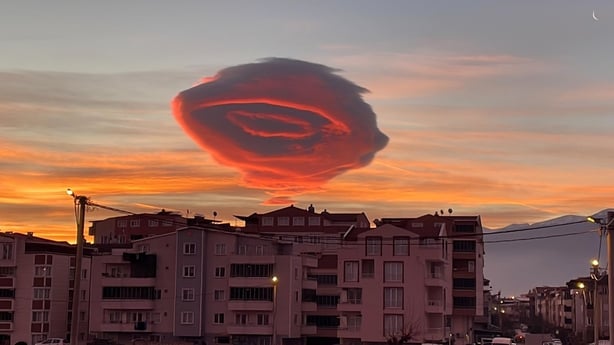 They are generally formed as a result of strong wind fluctuations over hills and mountains.

Eyewitnesses said the shape remained intact for about an hour before disappearing from the sky.