A €15 silver commemorative coin of Dubliner's founding member Luke Kelly has sold out just an hour after going on sale, the Central Bank has said.

The issue was limited to 3,000 coins, with a limit of one coin per transaction.

The event took place at St Laurence O'Toole National School on Seville Place in Dublin 1, where Kelly attended as a boy.

The launch of the Central Bank Luke Kelly coin was postponed in 2020 due to the Covid-19 pandemic.

It is the final coin in the 'Modern Musicians' series that has also featured Rory Gallagher and Phil Lynott.

Speaking at the launch event, President Higgins paid tribute to the founding member of The Dubliners.

"It is now over 38 years since his death, and his great legacy shows no signs of dimming, but rather continues to inspire new generations of Irish musicians as they continue to enthral audiences at home and across the globe," Mr Higgins said.

Kelly's family and members of The Dubliners attended the event, with Luke Kelly's brother, Paddy Kelly, joining the school choir to sing 'The Rare Auld Times'.

The coin features an image of Luke Kelly singing, in tribute to his distinctive voice, together with an impression of a banjo. 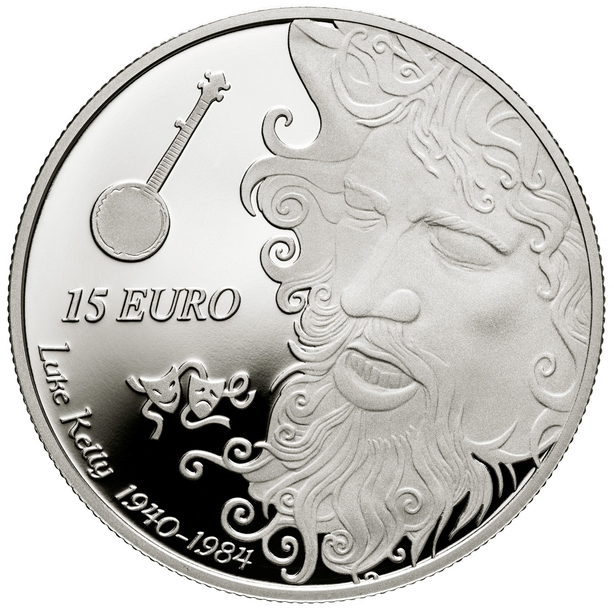 The design by Mary Gregoriy was selected following a design competition. She previously designed commemorative coins featuring both James Joyce and WB Yeats.