Wild populations of monitored animal species have plummeted nearly 70% in the last 50 years, according to a landmark assessment that highlights "devastating" losses to nature due to human activity.

Featuring data from 32,000 populations of more than 5,000 species of mammals, birds, amphibians, reptiles and fish, the WWF Living Planet Index shows accelerating falls across the globe.

In biodiversity-rich regions such as Latin America and the Caribbean, the figure for animal population loss is as high as 94%.

Globally, the report found that monitored animal populations had fallen 69% since 1970.

"(It shows) a devastating fall in wildlife populations, in particular in tropical regions that are home to some of the most biodiverse landscapes in the world," he said.

"Latin America is renowned for his biodiversity of course, it's really important for lots of other things as well," he said.

"It's super important for regulating the climate. We estimate currently there's something like 150 to 200 billion tonnes of carbon wrapped up in the forests of the Amazon."

That is equivalent to 550 to 740 billion tonnes of CO2, or 10 to 15 times more than annual greenhouse gas emissions at current rates.

The index found that freshwater species had declined more than those found in any other habitat, with an 83% population fall since 1970.

The report found that the main drivers of wildlife loss are habitat degradation due to development and farming, exploitation, the introduction of invasive species, pollution, climate change and disease.

Mr Lambertini said the world needed to rethink its harmful and wasteful agricultural practices before the global food chain collapsed.

"Food systems today are responsible for over 80% of deforestation on land, and if you look at the ocean and freshwater they are also driving a collapse of fishery stocks and populations in those habitats," he said.

With world leaders due to convene in Montreal for the COP15 biodiversity summit in December, the report authors called for an international, binding commitment to protect nature, similar to the 2015 Paris Agreement on climate change.

The Living Planet Report argues that increasing conservation and restoration efforts, producing and consuming food more sustainably, and rapidly and deeply decarbonising all sectors can alleviate the twin crises of climate change and biodiversity loss.

It also calls for governments to properly factor into policymaking the value of services rendered by nature, such as food, medicine and water supply.

"We need to stress the fact that nature loss is not just a moral issue of our duty to protect the rest of the world. It is actually an issue of material value, an issue of security for humanity as well," said Mr Lambertini. 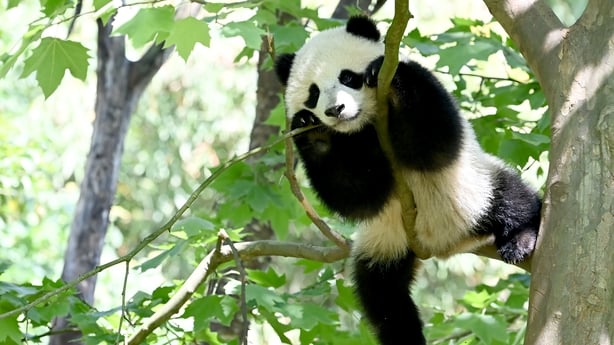 Some areas experienced more population loss than others - Europe, for example, saw a wildlife population decline of 18%.

"But that also masks historic, very extreme losses of biodiversity," said Andrew Terry, director of conservation at the Zoological Society of London, which helped compile the data.

"We know that we're coming out of (a) low point in the state of biodiversity in the northern hemisphere."

In Africa, where 70% of livelihoods rely on nature in some form, the report showed a two-thirds fall in wildlife populations since 1970.

Alice Ruhweza, Africa regional director at WWF, said the assessment showed how there was a "huge human cost" when nature is lost.

She said young people in particular were concerned about wildlife preservation, and would push governments to implement greater protective measures.

"We have a young, entrepreneurial and increasingly educated population that is showing more awareness around issues of nature," said Ms Ruhweza.

"So the potential for transformative change is really significant. But the time is running short, and we need to act now."