Satellite imagery shot before and after the eruption of a volcano on the tiny eastern Caribbean island of Saint Vincent showed ash covering the settlement of Richmond Vale and its surroundings.

Satellite company Maxar Technologies released the comparison images yesterday as the island was rocked by a fifth day of eruptions from La Soufriere volcano. 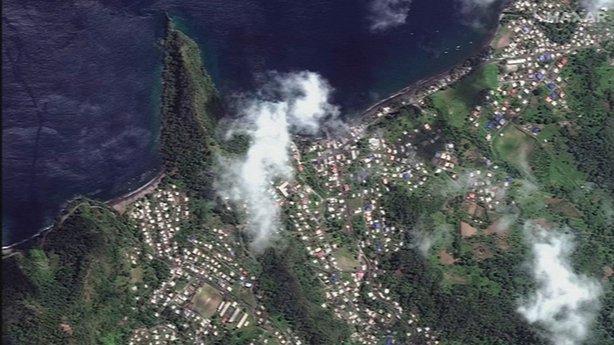 After decades of inactivity, the volcano first erupted on 9 April, spewing dark clouds of ash some 10km into the air and prompting an evacuation of some residents living nearby.

Officials have warned it could continue to be active for months.

Ash blankets much of the island, as thick as 20cm in some parts. It has destroyed crops, contaminated water, killed animals and devastated infrastructure, also rendering some roads impassable, complicating search and rescue efforts.

So far, there have been no reports of casualties or injuries. Damages for an eruption in 1979 were $100 million. But residents are struggling to deal with supply shortages.