A Mexican congressional candidate launched his election campaign in a coffin to highlight the country's many thousands of deaths from the coronavirus pandemic and cartel-related violence.

Carlos Mayorga, a lower house candidate for the Encuentro Solidario party in the northern state of Chihuahua, said he was sending a message to politicians that people were dying "because of their indifference."

Mr Mayorga arrived inside a gold-colored casket at a campaign rally on a bridge between the Mexican border city of Ciudad Juarez and El Paso, Texas.

He was accompanied by aides dressed in personal protective equipment and carrying bouquets of flowers to draw attention to Mexico's Covid-19 death toll of more than 200,000 - one of the world's highest. 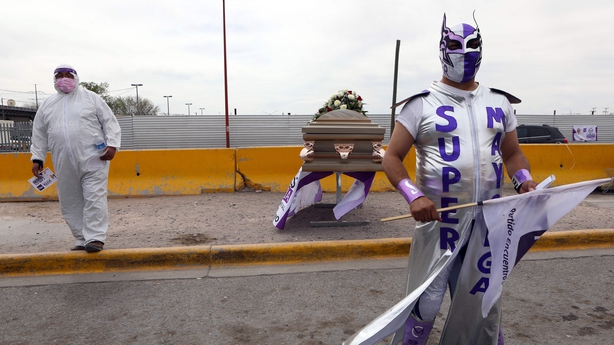 More than 300,000 people have been murdered in Mexico since the government deployed the military in the war on drugs in 2006, according to official figures.

The campaign for June midterm elections has brought a wave of political violence which has seen 16 candidates murdered.