Much of the focus of the United States will be on the southern state of Georgia today, where two votes are taking place that will determine whether the US Senate is controlled by Republicans or Democrats.

The four candidates - Jon Ossoff, Raphael Warnock, Kelly Loeffler and David Perdue - were little known outside their state prior to November's election, but they have become household names as their ferocious duels emerged as the biggest, most expensive Senate runoffs in American history.

Media coverage has been overwhelming, and both parties have thrown unprecedented numbers of staffers, volunteers and other resources at the races, knowing the results will determine the balance of power in Washington during the incoming presidency of Democrat Joe Biden.

Mr Biden's party already control the lower house - the House of Representatives - and if Mr Ossoff and Mr Perdue can both come out on top in today's run-off votes it would mean the upper house is split 50/50 between Democrats and Republicans.

In that case, the casting vote would go to Mr Biden's vice-president, Kamala Harris, meaning in practice that Democrats would control both houses of Congress.

Here is a look at the candidates in the two races: 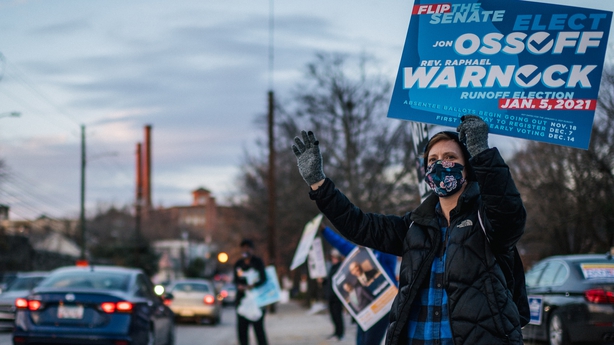 At just 33, Democrat Jon Ossoff carries a slim resume but has no illusions about the magnitude of what is at stake in his effort to unseat a Republican incumbent in this southern state.

"We will make history on Tuesday," he told voters this weekend in the small town of Eatonton.

His tranquil tone grows animated when Mr Ossoff, an investigative documentary film producer and former political staffer, underlines the symbolism of his twin candidacy with Mr Warnock, a black reverend in a state scarred by the plagues of slavery and segregation. 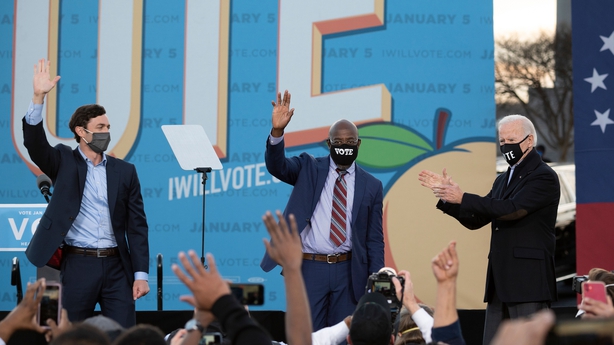 "Think about how far we've come," he said. "That your standard bearers at this historic moment are the young Jewish son of an immigrant and a black pastor who holds Dr (Martin Luther) King's pulpit in Ebenezer church" in Atlanta.

Mr Ossoff accuses his rival, David Perdue, of having used early data about the coronavirus pandemic that he received during a confidential Senate briefing to enrich himself.

Mr Perdue, 71, rejects the accusations, while his team accuses Mr Ossoff of having "never had a real job in his life," an apparent reference to family money that he inherited and invested in British-based documentary production firm Insight TWI.

The businessman-turned-senator, on the other hand, "has been creating American jobs for 40 years," Mr Perdue's campaign said. 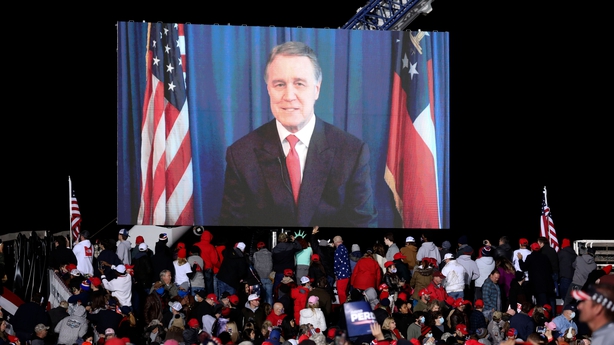 Among the richest members of Congress, the Republican hails from the Perdue family, famous for its chicken industry empire.

Mr Perdue has been forced off the campaign trail in the climactic final hours quarantining after an aide tested positive for Covid-19.

However the loyalist to President Donald Trump remains on screen. On Sunday Mr Perdue told Fox News that Georgia voters will decide whether Americans fall under "an oppressive socialist government or will continue to enjoy the freedoms that we all cherish."

Also among the wealthiest members of Congress, the 50-year-old has been using her private jet to hop from one campaign stop to another. 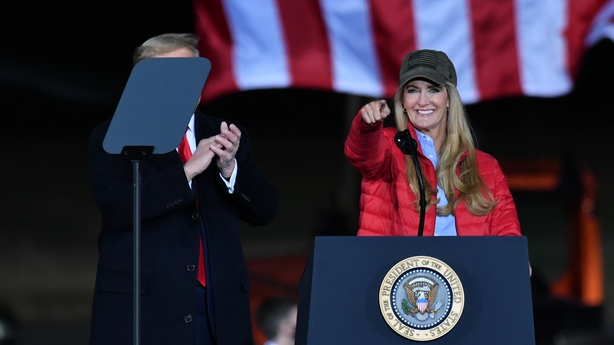 But Ms Loeffler likes to recall her humble roots, especially her childhood on a farm before making a career in financial services. Today she aligns with Mr Trump on the political right, among unconventional candidates out to shake up Washington.

"David Perdue and I are businesspeople. We're outsiders, we're not politicians," she said. "We don't owe anyone in the swamp anything."

She presents her challenger Mr Warnock, 51, as a political bogeyman, a "radical liberal" who she says threatens American values. 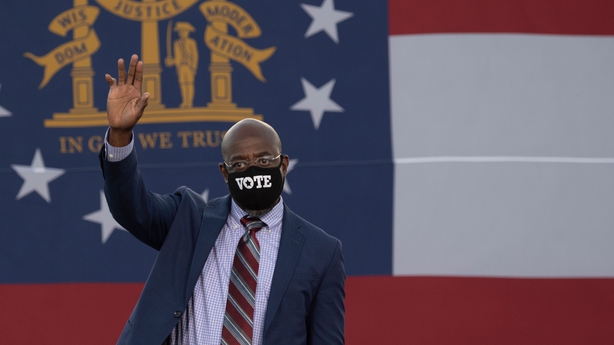 Mr Warnock, a native of a poor district in picturesque Savannah, accuses the senator, like Mr Perdue, of seeking "to profit off of the pandemic" by selling shares on the basis of unpublicised coronavirus data. Ms Loeffler rejects the charges.

The 11th of 12 children, Mr Warnock describes being born to a mother who worked in cotton fields. His journey from poverty to the church of civil rights icon Martin Luther King and then as candidate for high office is possible "only in America," he told voters.

"I'm running for the United States Senate because I believe in the American promise, I know that it is alive and well."