A Malaysian man has said he discovered video and selfies seemingly taken by a monkey after recovering his missing phone.

Footage shared on social media shows a monkey staring at the camera before attempting to put it in its mouth, as well as photographs appearing to have been taken by the primate.

Zackrydz Rodzi told Reuters he found the images and video on his phone's camera reel on Sunday, a day after it went missing. 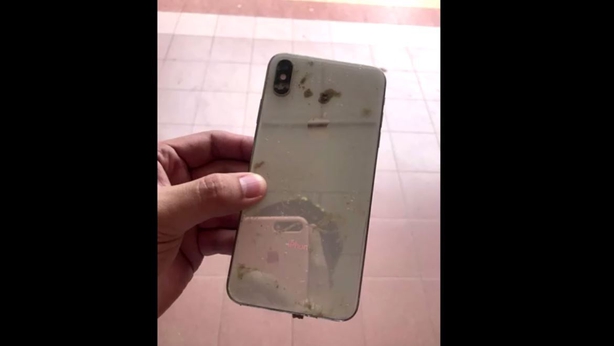 "I found my phone after my dad told me that there was a monkey roaming around the house and I thought maybe the monkey was a thief," he said.

After retrieving his phone in his back garden, he discovered the images which caused him to "choke a little and laugh," he said.

It isn't the first time monkey selfies have made headlines.

A black macaque snapped itself in Indonesia while staring down the lens of a camera belonging to David Slater in 2011.

PETA said the selfies were taken by a six-year-old called Naruto on the island of Sulawesi, although even the identity of the monkey was the subject of legal dispute.

Mr Slater insisted that he owned the rights since he set up the tripod and walked away for a few minutes, only to find out that the monkey had grabbed his camera and snapped away.

Following the settlement, PETA wrote on its blog: "As a part of the arrangement, Slater agreed to donate 25% of any future revenue derived from using or selling the monkey selfies to charities that protect the habitat of Naruto and other crested macaques in Indonesia."