Fota Wildlife Park has announced the birth of three northern cheetah cubs and is calling on the public to help name them.

The cubs, one male and two females, were born on 10 June to mother Nimpy and father Sam.

They are doing well and have now started to come out of their den, said Julien Fonteneau, lead ranger in Fota's carnivore section. 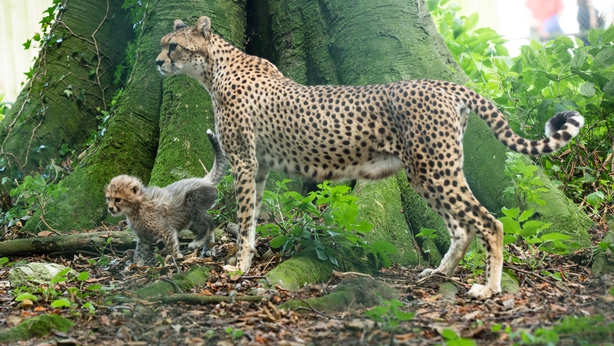 Mr Fonteneau told RTÉ’s News at One that in good weather, they can be seen running around their habitat.

Sam arrived in Fota in 2017 and has had two other litters of cubs this year.

Both Nimpy and Sam are part of the European Association of Zoos and Aquaria Northern cheetah breeding programme.

The birth of these cubs brings the total for this endangered species born in Fota to 204. 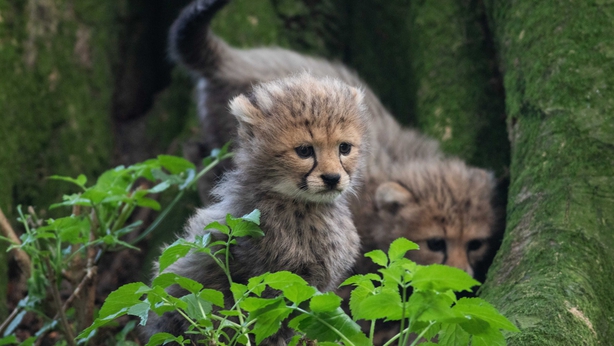 Fota is calling on the public to help name the cubs and they can submit their suggestions on the park’s website.

A 2017 expert report on the decline of the cheetah suggested that in the natural range of this species, there were fewer than 2,800 left in the wild in the whole of east and north Africa.

The Asiatic cheetah is critically endangered in Iran with less than 40 animals left in the wild.

Mr Fonteneau said: "We are delighted to be announcing a second litter of Northern cheetah cubs since reopening in May. 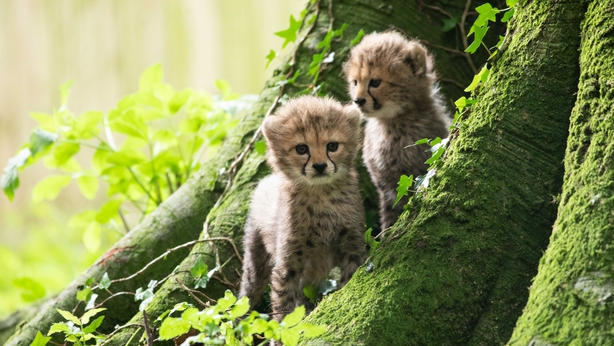 "Without a doubt, the Northern cheetah is the most successful breeding programme here at Fota and the species has become synonymous with the Park - it’s even on our logo.

"We put that breeding success down tothe naturalistic habitats and environments that we create for the animals."

Fota says it lost €1.5m in revenue during its ten-week closure during the Covid-19 lockdown. 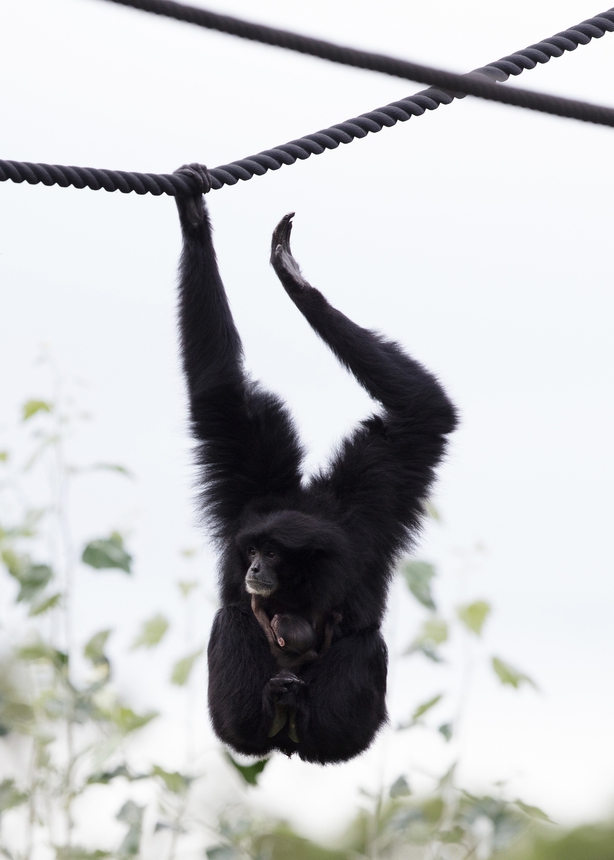 Meanwhile, Dublin Zoo is celebrating the arrival of a baby siamang gibbon.

The baby was born overnight on Sunday 2 August to parents Cahaya, 10, and Luca, 19.

The baby is healthy and has been observed suckling. 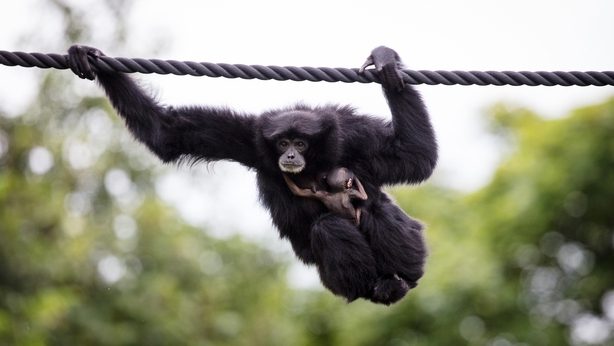 Before the new arrival, Cahaya and Luca were the only siamang gibbons at Dublin Zoo, with Cahaya arriving in 2014 and Luca in 2018.

Dublin Zoo says they forged a strong connection from the first day they met, and the healthy baby "is exceptionally welcome news for everyone involved with the zoo".

Ciaran McMahon, team leader at Dublin Zoo said they are "absolutely delighted" with the birth.

"The species is listed as endangered so every birth is extremely important. Cahaya and Luca are the most loving couple, very attentive to each other's needs, and we have no doubt that they will make excellent parents."

Visitors to the zoo passing the Orangutan Rainforest may get a glimpse of the new arrival in the coming days, he said. 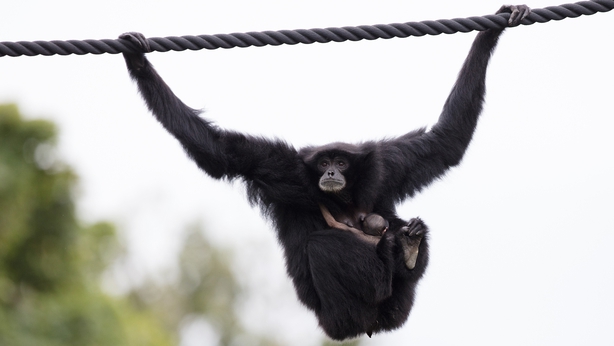 The siamang gibbon is a primate and the largest of the gibbon species. They are black-furred apes with very long arms, much longer than their legs.

They are also the only gibbons with both opposable thumbs and toes.

They can weigh between 10kg and 12kg and have large throat pouches, which allow them to vocalise and sing.

They can often be heard singing in Dublin Zoo from 10am to 11am each day.