Belgian police deployed mounted officers and pepper spray in the shadow of EU headquarters Friday to dislodge protesters as European leaders met inside.

More than 100 people had gathered on the edge of the summit security bubble to protest against France's role in Cameroon, its former African colony. 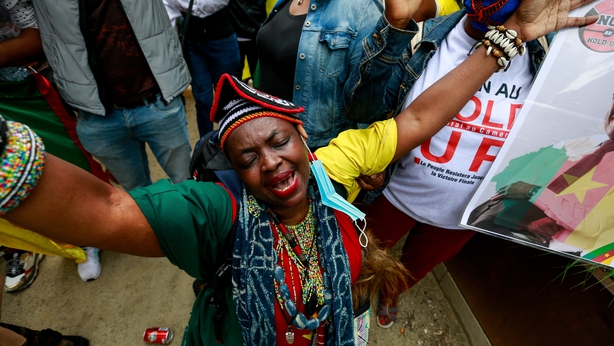 The protesters moved back slowly, chanting slogans and singing songs, as officers with batons and riot shields, some on horseback, secured a cordon.

A short distance away, 27 leaders of the European Union member states were meeting to discuss their budget and a €750 billion coronavirus rescue plan.

Outside, supporters of the Cameroonian opposition and anti-colonialist activists accused France of continuing to dominate and profit from its former possessions. 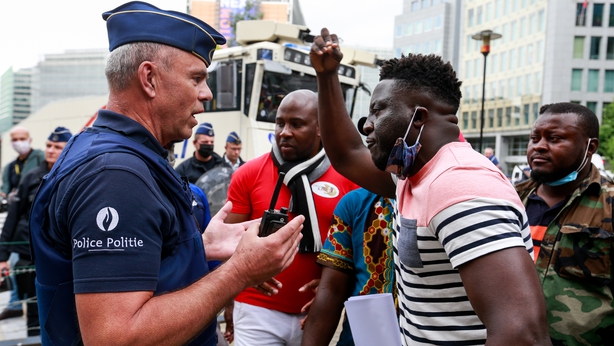 Caroline Pegang, a member a Cameroonian diaspora resistance collective, said they had been inspired by the EU's debate over the rule of law.

European Council president Charles Michel said ahead of the summit that the bloc must write provisions into its budget to ensure member states respect law.

"It's key for the European project, yes, but also for Africa," she told AFP as the protesters attempted to stage a sit in at the gates of Brussels' Jubilee Park. 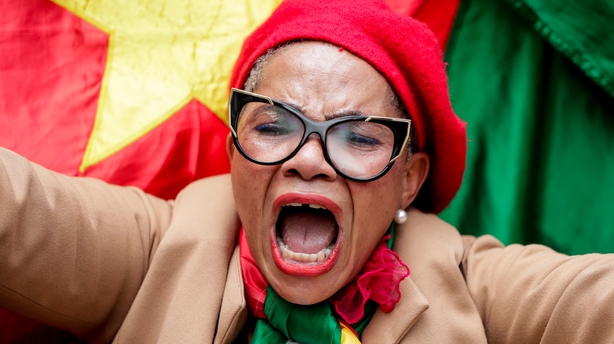 "We don't have the rule of law. Which Africa am I talking about? French-speaking Africa. France is keeping its knee on Africa's neck."

France's colonies in west and central Africa gained their independence in the 1960s, but Paris retains commercial and military ties with several governments.