German President Frank-Walter Steinmeier has urged people to "defend democracy" on the 75th anniversary of the destruction of Dresden in World War II, as the country's emboldened far right rattles the political establishment.

The anniversary has a complex legacy in Germany, where right-wing extremists have long inflated the number of people killed in the Allied air raids in a bid to play down the Nazis' crimes.

In a speech at Dresden's Palace of Culture, Mr Steinmeier sought to strike a balance between remembering the 25,000 victims, while stressing Germany's responsibility for the war.

Mr Steinmeier warned against the "political forces" that sought to "manipulate history and abuse it like a weapon".

"Let's work together for a commemoration that focuses on the suffering of the victims and the bereaved, but also asks about the reasons for this suffering," he told an audience that included Britain's Prince Edward.

Mr Steinmeier later joined thousands of residents in forming a human chain of "peace and tolerance".

As in past years, neo-Nazis were gathering in Dresden to hold "funeral marches" for the dead.

The far-right AfD party meanwhile set up an information booth to tell the supposed "truth" about the bombings and demand a grander memorial for the victims. 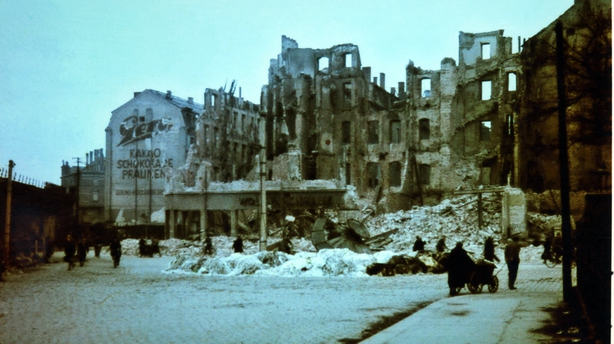 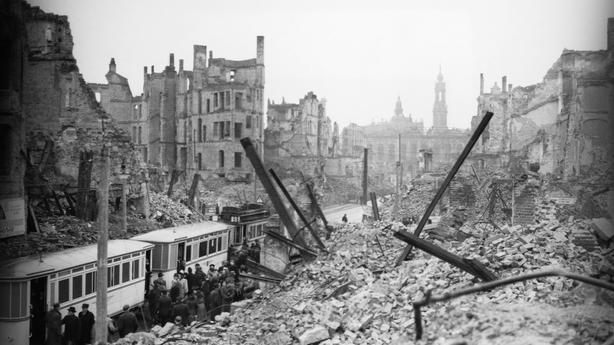 Hundreds of British and American planes pounded Dresden with conventional and incendiary explosives from February 13-15 in 1945.

Historians have calculated that the ensuing firestorm killed some 25,000 people, leaving the baroque city known as "Florence on the Elbe" in ruins, and wiping out its historic centre.

The devastation came to symbolise the horrors of war, much like the heavily bombed city of Coventry in England.

But in Germany, Dresden also became a focal point for neo-Nazis who gave the city a martyrdom status that experts say is belied by historical facts.

"The myth of the 'city of innocence' lives on," the regional Saechsische Zeitung daily wrote.

This year's anniversary is especially charged as Germany reels from a political scandal that erupted in neighbouring Thuringia state last week, where an AfD-backed candidate was elected state premier for the first time.

Although he swiftly raaesigned, the drama marked a coup for the AfD -- laying bare the struggle of mainstream parties to maintain the firewall against a party that has called for Germany to stop atoning for its Nazi past.

In a nod to the Thuringia debacle, Mr Steinmeier warned of vigilance against politicians trying "to destroy democracy from within.

"There is a clear border between a liberal democracy," he said, "and authoritarian, nationalist politics".

"We must all defend this border." 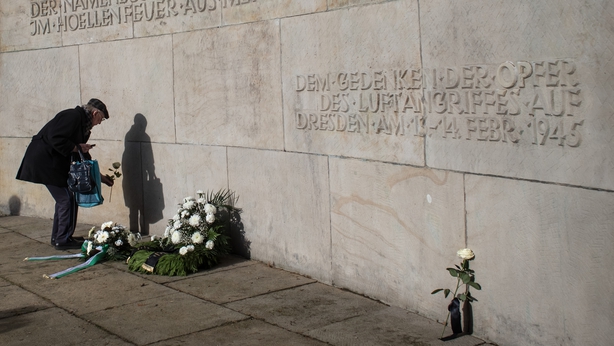 Some observers have questioned whether the indiscriminate bombing of Dresden was justified so late in the war, an argument hijacked by neo-Nazis eager to shift the focus onto atrocities committed by the victors of WWII.

The Allied forces however considered Dresden a legitimate target on the eastern front because of its transport links and factories supporting the German military machine.

In the immediate aftermath, Nazi propagandists claimed over 200,000 people had lost their lives in Dresden - but historical records showed early on they had simply added a zero to their estimates.

He said he believes the victims numbered "around 100,000", prompting critics to accuse him of historical revisionism.

Founded just seven years ago, the anti-Islam, anti-immigrant Alternative for Germany (AfD) has risen to become the largest opposition party in the national parliament.

It is most popular in the country's former communist east. In Dresden's Saxony state, the AfD came second in regional polls last year.

Dresden bombing survivor Ursula Elsner, who was 14 when her mother dragged her to safety past burning buildings, told Spiegel she was tired of the anniversary being misused for political gain.

The 89-year-old wants the occasion to serve as a warning against war.

"This day belongs to us," she said.