Nestle has set up a research institute to develop more environmentally friendly packaging for its products and reduce plastic waste, taking matters into its own hands rather than relying on its suppliers.

The company has been identified by environmental group Greenpeace as one of the biggest producers of plastic waste that is polluting landfill sites and oceans,

It has also been criticised for its lack of action to address the problem.

"It's our name on the package, so we want to be in the driver's seat when it comes to developing solutions," Nestle Chief Executive Mark Schneider said at the inauguration of the Nestle Institute of Packaging Sciences in Lausanne.

"We are pushing our suppliers because we have the feeling they have not really delivered," Mr Schneider told Reuters during a tour of the new research facilities, adding that the move had generated "creative tension" among the group's suppliers.

The maker of KitKat chocolate bars and Nescafe instant coffee has vowed to make 100% of its packaging recyclable or reusable by 2025 - one of the focus areas of the new institute in Lausanne, western Switzerland. 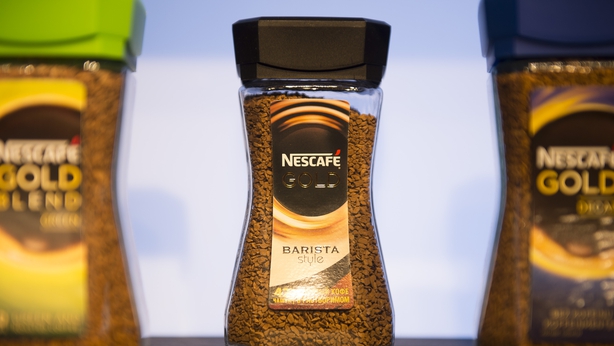 Its 50 employees work closely with other staff of Nestle's research centre there as well as external scientists and start-ups. The collaborative effort is aimed at producing the likes of simplified wrapping materials that have fewer layer sand are easier to recycle, as well as compostable and biodegradable materials.

On the tour of the institute, scientists also showed water bottles made entirely from recycled materials and explained the company's efforts to create paper with better qualities for keeping Nestle's products fresh.

Nestle declined to disclose the size of its investment in the initiative but said that technologies developed by the institute could be licensed to third parties.

"We made an important upfront investment, so of course we'll ultimately want to see higher consumer sales or royalties," Mr Schneider said.

Alternative packaging materials and more plant-based food and drinks with a better environmental footprint will help Nestle reach that goal, the company said, adding that tree planting, an improved dairy supply chain and 100% renewable electricity are also part of the equation.