The incoming European Commission chief, Ursula von der Leyen, has come under intensifying pressure to drop a controversial mission to protect "our European Way of Life" from the title of her commissioner in charge of migration.

The odd-sounding name has come under fire from European politicians, some EU member states and rights groups for echoing the xenophobic rhetoric used by far-right groups.

Outgoing Commission president Jean-Claude Juncker has weighed in, telling Euronews: "I think that this (the title) will have to be changed."

He added: "I don't like the idea that the European way of life is opposed to migration."

Since Ms von der Leyen, Germany's former defence minister, publicly attributed the title "Vice President for Protecting our European Way of Life" to Greece's Margaritis Schinas on Tuesday, she has been increasingly challenged to change the nomenclature.

However a European Commission spokeswoman said she had no changes "to announce" today.

Pressure is building, especially from the European Parliament, which must approve her picks who are meant to take office with her from 1 November.

Top party officials are demanding the title be changed before hearings start at the end of the month.

Parliament speaker David Sassoli said he has asked Ms von der Leyen to explain her position to the heads of the political groupings on 19 September.

Migration a hot issue across Europe 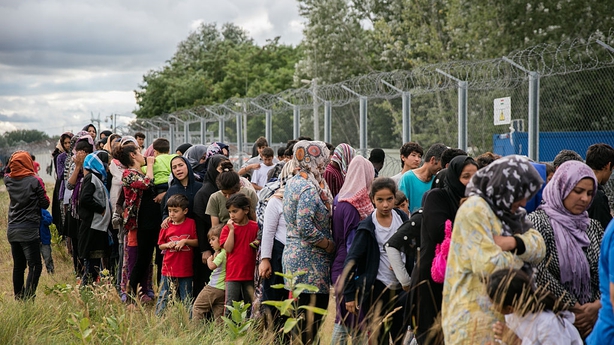 Migration is a hot political issue in Europe, which experienced a wave of more than a million asylum-seekers in 2015, most of them from war-ravaged Syria.

Since then, though the numbers have drastically fallen, the topic has remained in the news with tensions over an EU deal with Turkey to prevent crossings, as well as Mediterranean Sea rescues of boats filled with migrants.

So far, Ms von der Leyen's team has defended the title she chose, saying it was set out in political papers months ago and Mr Schinas's portfolio oversees not only migration but also education, integration and cross-border security.

Her conservative European People's Party, to which Mr Schinas and Mr Juncker also belong, has refused to criticise the commissioner's title.

But the other three mainstream political groups demanded it be dropped.

"We don't like the name. We refuse the name," said Iratxe Garcia, the head of the Socialists and Democrats clan in the European Parliament.

Dacian Ciolos, the leader of the Renew liberal democrat grouping, told AFP that he had spoken with Ms von der Leyen and "she is conscious of the problem it creates". He added that he was convinced she would end up changing it. 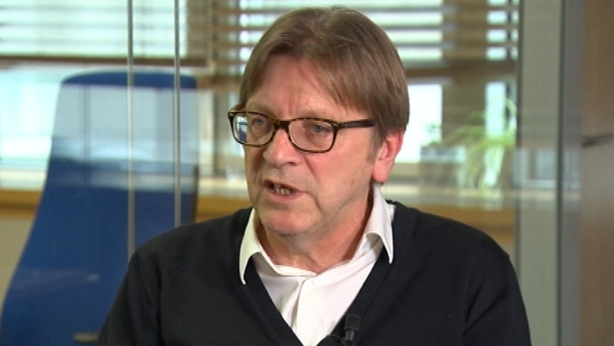 Prominent MEP Guy Verhofstadt, a liberal politician who has been heading up the parliament's efforts on Brexit, tweeted: "Our 'European Way of Life' is NOT implying we want a white supremacist Europe. That's actually Europe's Original Sin and we have to fight it every single day."

The issue has drawn comment from France, one of the EU's most influential member states.

Yesterday the spokeswoman for the French government, Sibeth Ndiaye, said "the title raises questions" and, "personally, it's not a title I would have chosen."

Ms von der Leyen, when questioned earlier this week about the title, told journalists: "Our European way of life is holding up our values. The beauty of the dignity of every single human being is one of the most precious values."

She and her team of commissioner candidates have gathered just outside Brussels today for an informal gathering aimed at encouraging communication and team spirit.

Mr Schinas, who is leaving his current role as chief Commission spokesman for the new post, is avoiding using the knotty "way of life" title. On his Twitter profile he describes himself as commissioner-designate for migration, security, social rights, education, culture and youth.