"Over the course of the project nearly 40,000 cubic metres of sand has been moved – the equivalent of 16 Olympic-sized swimming pools – to double the amount of area that is high enough for turtles to nest in without their eggs becoming inundated by the tide and drowning," said Ms Marsden.

"Raine Island is the largest nesting site for green sea turtles in the world, with up to 60,000 turtles each season, Sir David Attenborough described it as 'one of the most spectacular ocean migrations on the planet.' However, changes in the island’s landscape have caused tidal inundation of many nests – drowning newly laid eggs which cannot survive underwater," she said.

"This coupled with other stresses, including boat strikes, means that the Green turtle population is in danger and will not survive without bold conservation projects like this."

Queensland Parks and Wildlife Service (QPWS) Raine Island Recovery Project Manager Tina Alderson said the future of the species relies on the survival of as many hatchlings as possible. 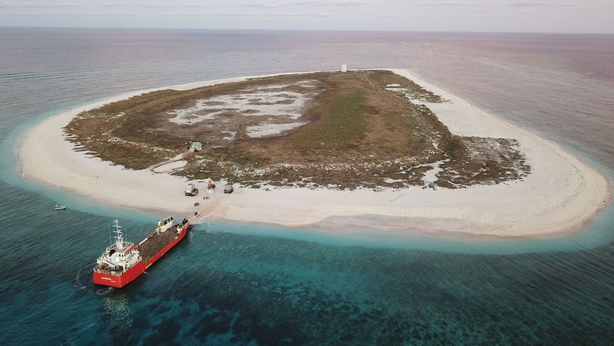 "Research from the two previous sand re-profiling missions has confirmed that clutches in the re-profiled areas are producing far more hatchlings - approximately 100% improvement - than the non-re-profiled areas, due mainly to the eggs not being flooded," Ms Alderson said.

Traditional Owners James Macumboy and Jimmy Gela, who were on the mission as Cultural Heritage Advisors, saw the nesting tracks of the first turtle to lay in the newly re-profiled section.

"Knowing her clutch of up to 100 baby turtles has a better chance of survival than it did two weeks ago is a great feeling," Mr Macumboy said. 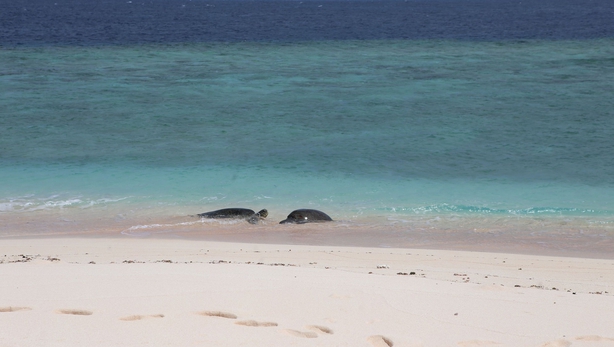 "Raine Island is a significant cultural and story place for Wuthathi and Kemerkemer Meriam Nation Traditional Owners, so we wanted to be involved every step of the way in this important project that is ensuring that the population is preserved for future generations."

The project team said there were a healthy number of turtles around the island ready to kick off the nesting season, which generally starts in October and peaks around December.

This is the fifth nesting season since the Raine Island Recovery Project began as a five-year, AUS$7.95 million collaboration between BHP, the Queensland Government, the Great Barrier Reef Marine Park Authority, the Wuthathi Nation and the Kemerkemer Meriam Nation (Ugar, Mer, Erub) Traditional Owners and the Great Barrier Reef Foundation.