Timeline of unrest in Hong Kong

China's semi-autonomous city of Hong Kong has been rocked since April by protests that were sparked by a proposed extradition law, which its leader has now said will be withdrawn.

On 28 April tens of thousands of people march peacefully against a Hong Kong government bill that would allow, for the first time, extradition to mainland China.

There are fears the law will tighten China's grip on civil society. Despite Chinese government tweaks to soften the law, more than one million people, according to organisers, protest again on 9 June.

The demonstration is the biggest since the 1997 handover of the former British colony to China. 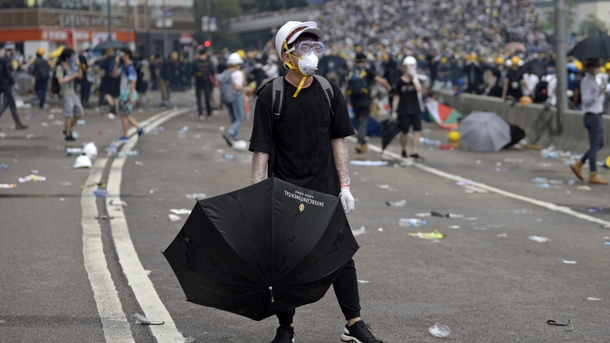 It descends into violence when police try to disperse small groups of protesters who hurl bottles and use metal barricades.

On 12 June, 79 people are injured in the worst clashes since the handover. One protester dies falling from a roof.

Hong Kong leader Carrie Lam postpones the bill on 15 June but a fresh demonstration the next day calls for its full withdrawal. On 1 July, the anniversary of Hong Kong's return to China, hundreds of protesters smash their way into parliament and ransack the building.

Ms Lam says the extradition bill "is dead" on 9 July. 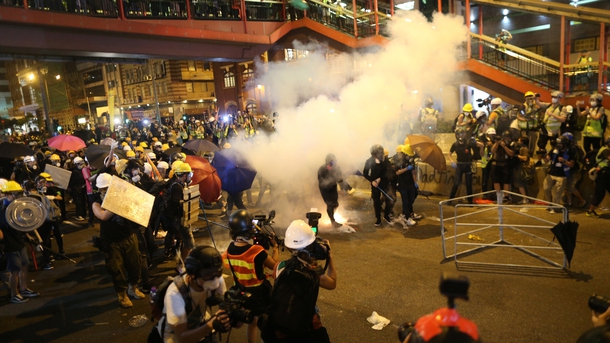 On 21 July in the Yuen Long area, suspected triad gangsters attack protesters inside a metro station.

There are clashes between police and pro-democracy protesters on 27-28 July following banned demonstrations.

The local authorities and China toughen their stance, and dozens are arrested. The following day China warns "those who play with fire will perish by it".

Hong Kong's airport cancels flights on 12 August after being invaded by thousands of black-clad protesters.

Thousands of Chinese military personnel parade at a stadium in Shenzhen, a city across the border, on 15 August. 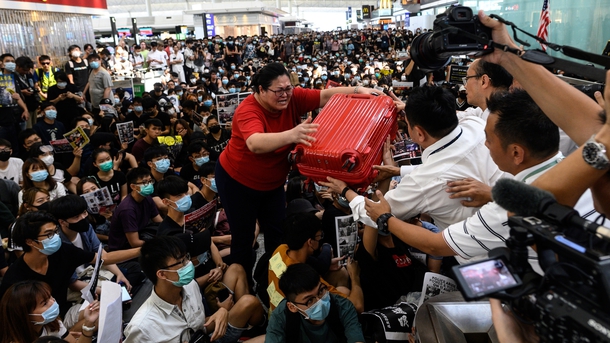 On the 18th, some 1.7 million people march peacefully through the streets, according to organisers.

US President Donald Trump warns China that carrying out a Tiananmen Square-style crackdown would harm ongoing talks on a trade accord.

The next day, Twitter and Facebook accuse China of using the social media platforms against the pro-democracy protests. 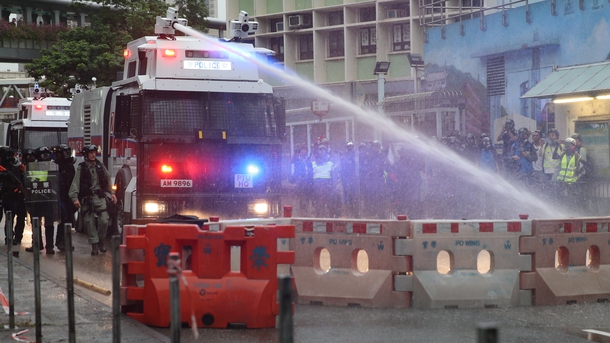 On August 25 police raise the stakes, using water cannon and a warning shot.

The following day, China accuses the G7 group of nations of "meddling" after the international leaders call for calm.

On 30 August, several prominent democracy activists are arrested. More than 1,000 people have been arrested since June. 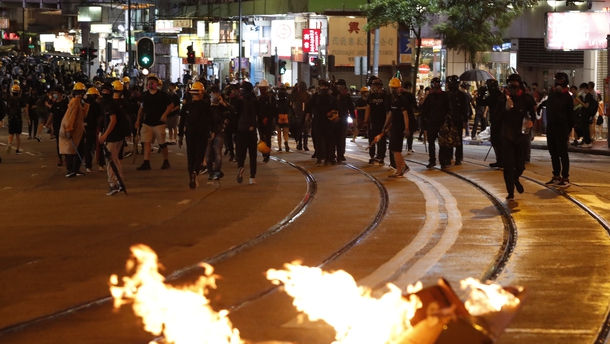 The next day tens of thousands of people march through the streets in an unsanctioned rally. Hardcore demonstrators hurl petrol bombs and police fire tear gas and deploy water cannon, before making mass arrests inside metro stations. Protesters are also demanding that Hong Kongers be able to directly elect their leaders and an independent inquiry into alleged police brutality.