Marijuana chemical residue has been found in incense burners apparently used during funerary rites at a mountainous site in western China in about 500 BC, providing what may be the oldest evidence of smoking cannabis for its mind-altering properties.

The evidence was found on ten wooden braziers containing stones with burn marks that were discovered in eight tombs at the Jirzankal Cemetery site in the Pamir Mountains in China's Xinjiang region.

The tombs also bore human skeletons and artefacts including a type of angular harp used in ancient funerals and sacrificial ceremonies.

They found a higher level of THC, the plant's main psychoactive constituent, than the low levels typically seen in wild cannabis plants, indicating it was chosen for its mind-altering qualities.

"We can start to piece together an image of funerary rites that included flames, rhythmic music and hallucinogen smoke, all intended to guide people into an altered state of mind," the researchers wrote in the study published in the journal ScienceAdvances, perhaps to try to communicate with the divine or the dead. 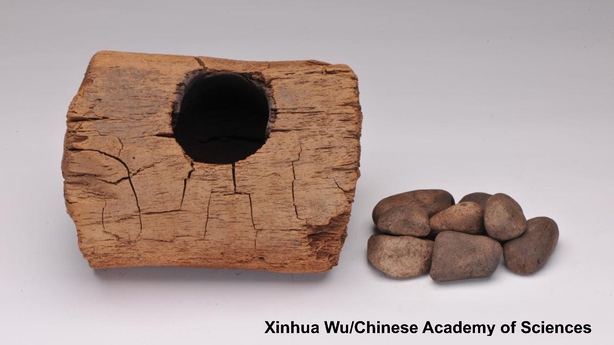 Yimin Yang, an archaeological scientist at the University of Chinese Academy of Sciences and the study's leader, called the findings the earliest unambiguous evidence of marijuana use for its psychoactive properties.

"We believe that the plants were burned to induce some level of psychoactive effect, although these plants would not have been as potent as many modern cultivated varieties," added Robert Spengler, director of the Max Planck Institute for the Science of Human History's Paleoethnobotanical Laboratories in Germany.

"I think it should come as no surprise that humans have had a long, intimate history with cannabis, as they have had with all of the plants that eventually became domesticated," he added.

The elevated THC levels raise the question of whether the people used wild cannabis varieties with naturally high THC levels or plants bred to be more potent.

The marijuana was not smoked in the same way as today - in pipes or rolled in cigarettes - but rather inhaled while burning in the braziers. 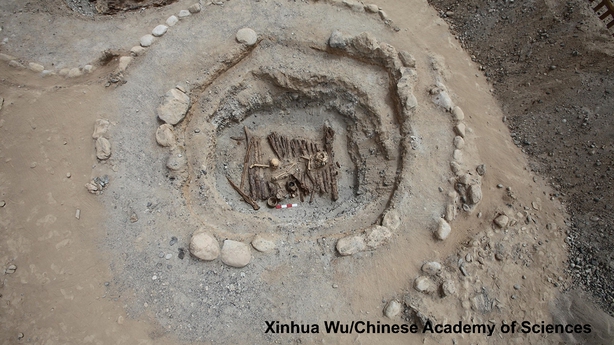 Cannabis, one of the most widely used psychoactive drugs in the world today, was initially used in ancient East Asia as an oil seed crop and in making hemp textiles and rope.

The timing for the use of a different cannabis subspecies as a drug has been a contentious issue among scientists, but ancient texts and recent archaeological discoveries have shed light on the matter.

Herodotus, the ancient Greek historian, wrote in about 440BC of people, apparently in the Caspian region, inhaling marijuana smoke in a tent as the plant was burned in a bowl with hot stones.

The Jirzankal Cemetery findings also fit with other ancient evidence for cannabis use at burial sites in the Altai Mountains of Russia.

"This study is important for understanding the antiquity of drug use," Spengler said, adding that evidence now points to a wide geographic distribution of marijuana use in the ancient world. 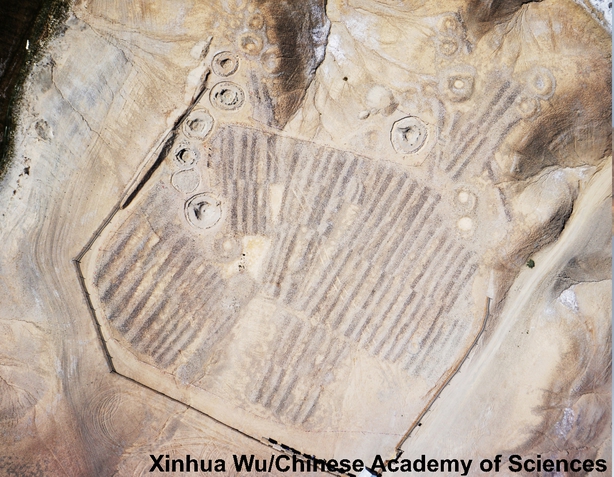 The cemetery site is situated near the ancient Silk Road, indicating that the old trade route linking China and the Middle East may have facilitated the spread of marijuana use as a drug.

The cemetery, reaching across three terraces at a rocky and arid site up to 3,080m above sea level, includes black and white stone strips created on the landscape using pebbles, marking the tomb surfaces, and circular mounds with rings of stones underneath.

Some buried skulls were perforated and there were signs of fatal cuts and breaks in several bones, suggestive of human sacrifice, though this remains uncertain, the researchers said.

"We know very little about these people beyond what has been recovered from this cemetery," Spengler said, though he noted that some of the artefacts such as glass beads, metal items and ceramics resemble those from further west in Central Asia, suggesting cultural links.