In the heart of Iceland's volcano country, 21st Century alchemists are transforming carbon dioxide into rock for eternity, cleaning the air of harmful emissions that cause global warming.

The technology mimics, in accelerated format, a natural process that can take thousands of years, injecting CO2 into porous basalt rock where it mineralises, capturing it forever.

"With this method we have actually changed the time scale dramatically," says geologist Sandra Osk Snaebjornsdottir.

The UN Intergovernmental Panel on Climate Change is promoting various carbon capture and storage (CCS) methods in a bid to limit the rise in average temperatures to 1.5C.

Snaebjornsdottir is working on Iceland's CarbFix project with researchers and engineers from utility company Reykjavik Energy, the University of Iceland, France's National Centre for Scientific Research (CNRS) and Columbia University in the United States. 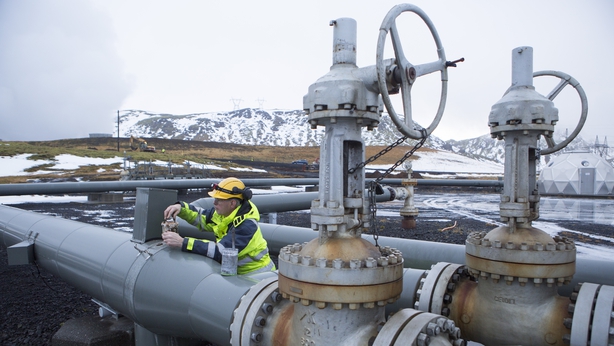 In Iceland, a country of geysers, glaciers and volcanoes, at least half of the energy produced comes from geothermal sources.

That's a bonanza for CarbFix researchers, who've turned the Hellisheidi geothermal power plant, one of the world's biggest, into their own laboratory.

The plant, located on the Hengill volcano in southwestern Iceland, sits on a layer of basalt rock formed from cooled lava, and has access to virtually unlimited amounts of water.

The plant pumps up the water underneath the volcano to run six turbines providing electricity and heat to the capital, Reykjavik, about 30km away.

The CO2 from the plant is meanwhile captured from the steam, liquified into condensate, then dissolved in large amounts of water.

"So basically we are just making soda water out of the CO2," says project director Edda Sif Aradottir.

The fizzy water is piped several kilometres to an area where grey, igloo-shaped domes dot a lunar-like landscape.

Here the fizzy water is injected under high pressure into the rock 1,000 metres under the ground.

The solution fills the rock's cavities and begins the solidification process, a chemical reaction that occurs when the gas comes in contact with the calcium, magnesium and iron in the basalt.

"Almost all of the injected CO2 was mineralised within two years in our pilot injection," Snaebjornsdottir says.

Once the CO2 is turned to rock, it's pretty much captured there for good.

"If you have a volcanic eruption ... and you heat up the rock to very high temperatures, then some of the mineral will break down and maybe dissolve in water," says University of Iceland geochemist Sigurdur Gislason.

But, he noted, "this is the safest and most stable form of storing carbon".

The last volcanic eruption here was a thousand years ago.

The CarbFix project reduces the plant's carbon dioxide emissions by a third, which amounts to 12,000 tonnes of CO2 captured and stored at a cost of about $25 a tonne.

By comparison, Iceland's volcanoes spew out between one and two million tonnes of carbon dioxide each year. 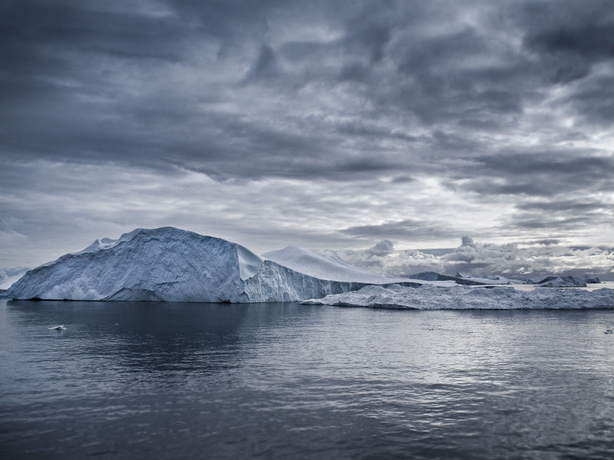 The main drawback of the method is that it requires large volumes of desalinated water, which, while abundant in Iceland, is rare in many other parts of the planet.

Around 25 tonnes of water are needed for each tonne of carbon dioxide injected.

"That is the Achilles' heel of this method," says Snaebjornsdottir.

"I agree that the process uses a lot of water, but we gain a lot by permanently getting rid of CO2 that otherwise would be floating around the atmosphere," says Aradottir.

Experiments are currently under way to adapt the method to saltwater.

Under the Paris climate agreement, Iceland has agreed to slash its greenhouse gas emissions by 40% by 2030.

A third of its emissions come from air transport, which is vital to the island for its tourism sector. Its aluminium and silicon plants account for another third.