France will close the Eiffel Tower and other tourism landmarks and draft in thousands more security forces on Saturday to stave off another wave of violent protests in the capital over living costs.

Protesters from the so-called "yellow vest" movement are calling on social media for "Act IV" - a fourth weekend of protest.

Prime Minister Edouard Philippe said 89,000 police nationwide would be deployed to stop a repeat of last Saturday's mayhem across the country and in particular Paris when rioters torched cars and looted shops off the Champs-Élysées. 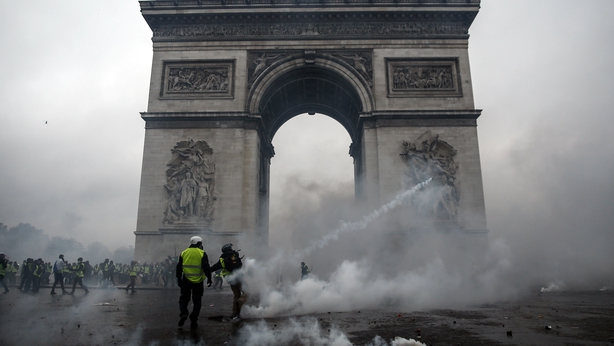 Seeking to regain the initiative after weeks of civil unrest, the government appeared ready to offer concessions.

Mr Philippe told the Senate he was open to new measures to help the lowest-paid workers.

Finance Minister Bruno Le Maire said he was prepared to accelerate tax cuts for households and that he wanted workers' bonuses to be tax-free.

"I am ready to look at all measures that will help raise the pay of those on the minimum wage without doing excessive damage to our competitiveness and businesses," Mr Philippe told the parliament's upper house.

Yet, five days after the worst rioting central Paris has seen since 1968, all signs are that the government has failed to quell the revolt. 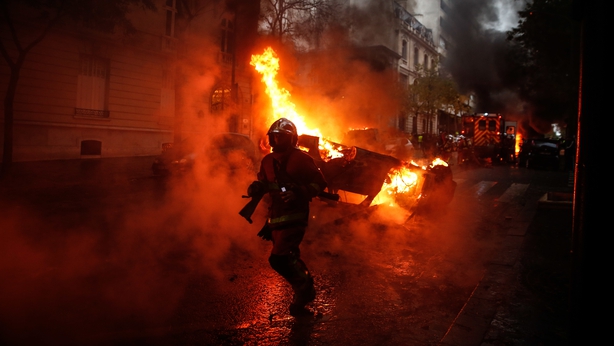 A repeat of last Saturday's violence in Paris's city centre - which saw rioters deface the Arc de Triomphe with anti-Macron graffiti - would deal a blow to the economy and raise doubts over the government's survival.

Mr Philippe said the state would do all it could to maintain order.

At least four first division football matches have been cancelled and several museums including the Louvre and Eiffel Tower, were asked to close. 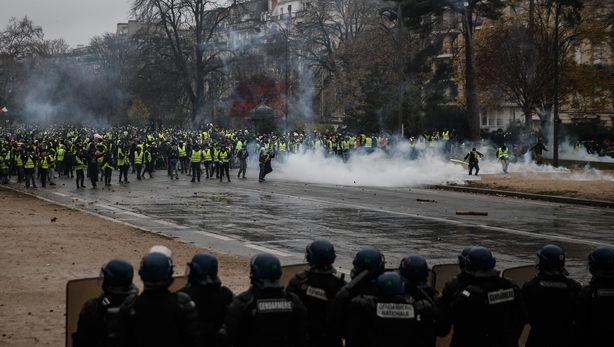 He added that far-right and far-left agitators were planning to hijack the rallies by "yellow vest" protesters.

He said the Louvre museum, Orsay museum, the two operas, and the Grand Palais were among the sites that would be closed.

The Eiffel Tower will also be closed on Saturday due to the protests, the site's operator SETE said, warning that it could not ensure security for visitors.