Thousands of Father Christmases gathered in Turin today at a rally to raise money for a children's hospital, with many arriving by scooter or bicycle rather than reindeer-pulled sled.

The ninth edition of the Italian charity event drew a record 20,000 Santas in red costumes and long white beards to the northern city's Regina Margherita hospital, according to organisers.

"Christmas is a magical time and a celebration, but it's also a time to be close to those in difficulty." 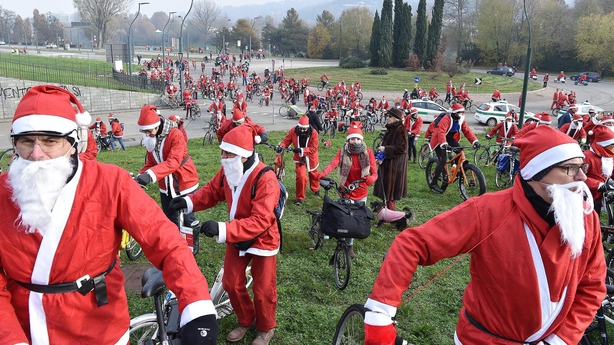 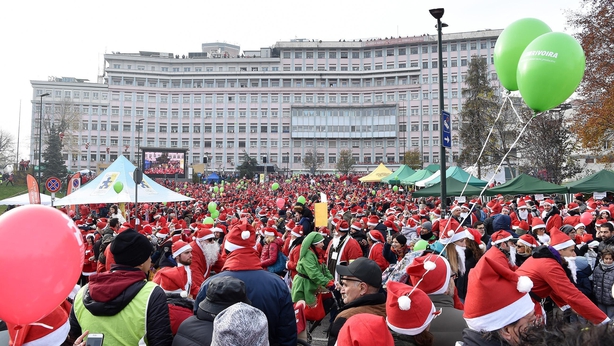 Some Father Christmases could be seen hugging dogs they had dressed in red outfits for the occasion.

Others had tied balloons to their Santa hats, while one couple had attached reindeer horns to the front of their motorbike.

One Santa even got down on one knee and proposed to a soon-to-be Mrs Claus, according to a video posted by the daily La Stampa. 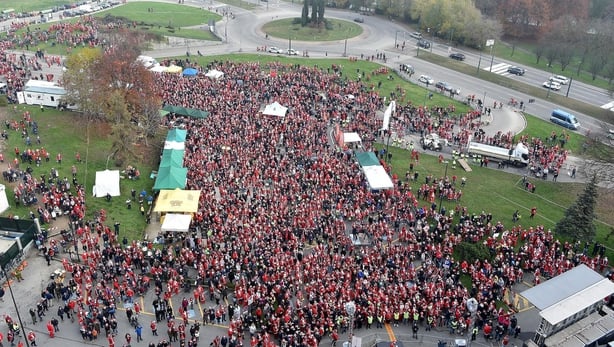