It takes a lot of money to run a country. Around this time every year, the government must come up with a plan to raise money - and announce how it plans to spend it. It's called a Budget.

Minister for Finance Paschal Donohoe will unveil Budget 2019 in the Dáil. So where does all the money come from and where does it go? Well, one way a government takes in money is through taxes.

There are many different types of taxes. Part of what you pay when you buy something goes towards the government as a tax.

Part of the money your parents earn is also taxed.

On top of that, there are taxes on owning things like property and vehicles.

All this collected money is used for lots of things, like paying off government debts, paying people who work for the State, including teachers, nurses and gardaí, and building things like roads, hospitals and bridges. 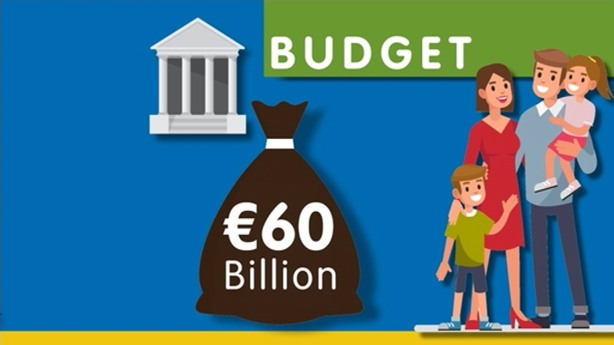 You may also hear about taxes that are not just to raise money, but to discourage people from doing things that are bad for your health - for example smoking cigarettes or drinking alcohol.

Voting members of the public will judge the government on what taxes they impose and what they decide to spend the money on.

Because of this, the annual Budget shows us some of the big issues people are concerned about.

As property prices rise and people continue to highlight the lack of places to live in our cities, all eyes are on the government's response to the housing market crisis.

Brexit for children (or anyone who needs a primer)

There's been a lot of talk in the news about Brexit recently and you've probably heard a lot of words like 'backstop' and 'Chequers' - but what does it all mean? Here's one of RTÉ's political experts @RTENewsPaulC to explain. pic.twitter.com/93etaS2HO4

Mr Donohoe has also warned that Brexit will have big consequences for this year's Budget - as many industries here do a lot of business in the UK.

Some small tax cuts are expected but so are an increase in charges, like for using diesel fuel.

Experts also think there might be a possible benefit for those receiving welfare payments - which is government support for people who can't reach a certain minimum standard of life, for example people without jobs or people with disabilities.

More than two and a half million people and families receive some sort of welfare - and this also costs the government money.

There's always a big focus on the government for the Budget - but this year it's all coming at a time where some people think a general election could be called soon.

And with so many different groups to please who all want different things, this government must try to balance the interests of everybody - with the limited amount of money they have to spend.

So, tomorrow in the Dáil, TDs will gather as Mr Donohoe must stand, deliver, and defend the government's plan for the future.

Tokyo bar aims to clean up with customer disinfectant spray