Canadian police are investigating the theft of a Banksy print from an unauthorised exhibit of the British-based guerrilla graffiti artist's work in Toronto.

A brazen thief has stolen a Banksy painting from an exhibition in Toronto. | https://t.co/uY8dXxPlpj pic.twitter.com/V7vQnR5UC5

"We were called about a break and enter in the city's west end," Constable Jenifferjit Sidhu told AFP.

"At some point last Sunday a Banksy print was removed from the exhibit." 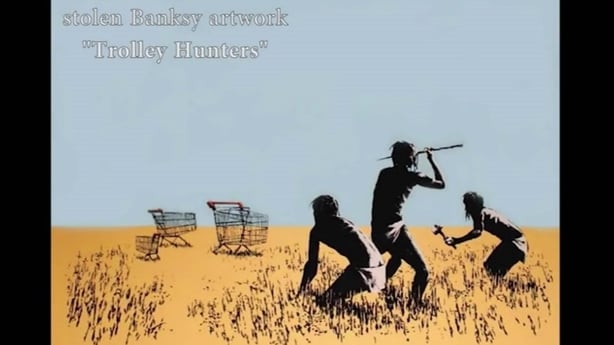 The Art of Banksy exhibit, curated by his former manager Steve Lazarides, but reportedly not endorsed by the artist himself, opened on Wednesday in a Toronto industrial building dressed up as an art gallery, as part of a larger North American run.

Displaying about 80 works on loan from collectors, including sculptures, screen prints, canvases and multimedia pieces, it has been billed as the largest collection of Banksy works ever assembled.

The exhibit runs until 11 July.