On the anniversary of the Grenfell Tower disaster, RTÉ London Correspondent Fiona Mitchell spoke to Emma Kennedy, who manages the NHS Grenfell Outreach Team, about the challenges of helping those affected by the tragedy.

"My colleagues on the night of the fire ... quickly found themselves having to provide emergency care and support to people that were coming out of the tower, outside of physical emergencies.

"They were trying to manage practical difficulties, for example people walked out of the tower without anything, so quite a lot of people, we had to source medications for them."

In the 12 months since, how has what you have been doing grown, and how have you tried to reach people who have been affected? 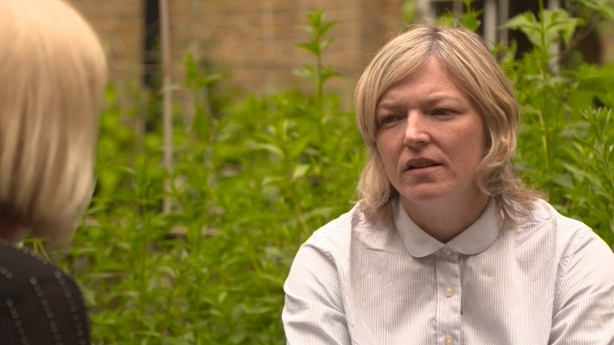 "For the first three months we were offering a crisis response, which was about accessing as many people as we could in order to do something, which was called watchful waiting, but to be able to keep an eye on people that had experienced a high level of trauma, and in order to do that we have to be able to access lists of survivors, bereaved, and potentially witnesses that were affected.

"And that was one of our first, biggest challenges: knowing who came out of the fire that night, who has lost somebody, and who was a witness who may have become traumatised by seeing the fire.

"So we had to set up three different systems; the first system that we had to do was find a means to be able to contact all the survivors and offer them counselling. for example, and PTSD screening, and that proved quite challenging in order to collate an accurate list.

"That was almost a multi-agency approach, we had to use the local authority, police records, and other reported records from witnesses on and after the event; that took quite a bit of time. Then we had to set up data-sharing agreements, which were not in place immediately.

"The challenges in accessing the bereaved became greater because as days went on and people were reported missing, people were informed that there was a possibility that their loved ones had not survived.

"We had to set up a psycho-education programme in the community in order to tell the community what could potentially be happening to them if they were experiencing symptoms of trauma ... that has been quite challenging in terms of communicating that, because I think people probably feel that they just want to forget what happened that night. 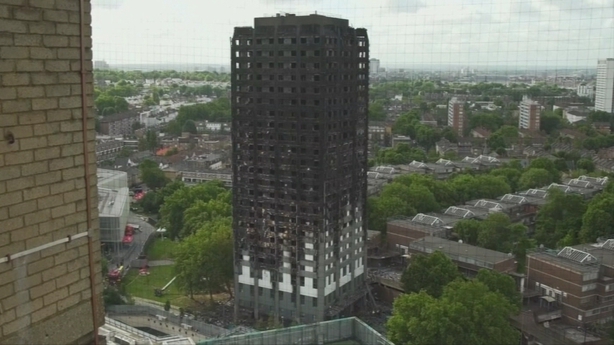 "There was a trickle of people coming through, well a substantial proportion of people coming through, but we knew that we weren't reaching all of the community, because we were still hearing people were suffering from nightmares, children weren't sleeping, children were wetting their beds, adults had blacked out windows that were facing the tower.

"We were hearing narratives of symptoms of trauma in the community that it didn't sound like as if we had completely reached everybody.

"So we started a street-screening programme where we sent people out to knock on people's doors, talk to them about what potentially could happen to them if they had witnessed the event on the night, and started to screen people in their own homes, and that proved quite successful in terms of we yielded an awful lot of people that have been traumatised by actually just seeing the fire on the night.

"It had impacted on people's ability to function, so local business people were struggling to go to work, local residents were struggling to keep the momentum of their life, they were really upset about the impact it had on their families for example, and we, by the end of six months, it was very clear that actually setting up a therapy team for people to come to wasn't going to suffice, that we would have to have a very proactive measure in going out to the community and educating them on what potentially PTSD could be, and bringing people, walking people through the journey of therapy and reintegrating them back into the community thereafter. 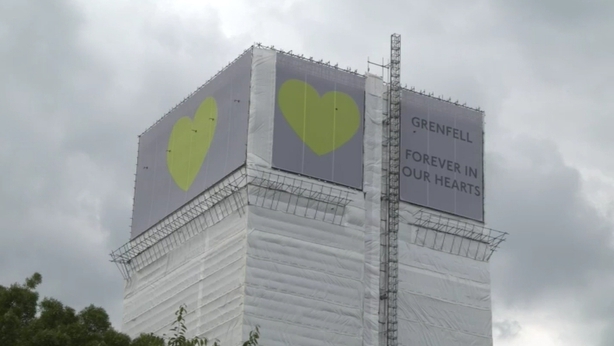 For some of those people that actually meant going back into the tower...

"We've had tower visits, yes, ... senior psychologists have been doing tower visits with many of the survivors and now the bereaved.

Those kind of things must be very difficult for people, the idea of going back into the tower, but also for a community that's looking at it on a constant basis, do you think the covering of the tower will help?

"I think during the consultation process of wrapping the building it emerged that people were upset about the white, the colour of the wrapping of the tower, so there were local residents who had expressed concerns that it was shrouding the building, and that on a blue sky day it would become more obvious to some people and then on a grey day it would be effectively trying to conceal its existence.

"So there's a request being put through from the community that they want to consider a green covering, which represents Grenfell, and I think that is in the process of being considered by the ministerial department.

"The interesting thing about the tower is that the local residents do feel that it is something that people don't want to forget and they don't want to ... some people feel it is very triggering and it distresses them, and other people feel that they want to remember. And it's hard to get consensus about that because it feels it's about an individual opinion.

12 months on, with the anniversary and with the start of the inquiry, has that brought up new difficulties and new traumas for people?

"I think one of the challenges that we had at the six-month point was the process in which people were, survivors for example, were put through, in terms of the re-housing has incurred a significant amount of stress for people, and compounded by the trauma that they are experiencing, it’s proved difficult to start treatment with some people because of the lack of stability in their lives.

"It definitely feels as though it hasn't ... the actual programme of treatment has started, but we definitely haven't even reached what I would consider to be a first phase of a proper treatment programme.

"I feel that there is quite a significant challenge in accessing witnesses within the local tower blocks for example that had almost front row seats to the events.

"I think that we need to, we're starting a programme within a local block in Trellick Tower this weekend to try and see where we can access all the residents in there and ask them what their experiences are.

"And if we do uncover that ... the epidemiology of PTSD there is significant, we will then know that other tower blocks around the area have been affected. What I'd like to say is that I think even exploring the possibility that one has been affected can improve people's chances to heal and collectively improve the community's chance to heal.

This is a long-term process though.

"Yeah, I think that everybody has been deeply affected, if not potentially traumatised by the fact that they saw people dying that night. And it wasn't just that they saw a burning building, they saw 72 people die. And that has ... it's not just witnessing a huge amount of death, it's also the narrative discourse that has come out of the experience that has impacted on people's perception of their own safety in their lives. It's really shaken people, I think.