North Korean leader Kim Jong-un's promise to dismantle his country's only known nuclear test site has shone the spotlight on the secretive facility near the Chinese border.

The Punggye-ri test site, located beneath a mountain in the country's northeast, hosted all six nuclear tests Pyongyang has conducted - most recently last September.

Earlier this month, the North announced it would blow up the site's access tunnels between 23-25 May in front of invited foreign media.

The announcement came as the diplomatic push for Pyongyang to give up its nuclear weapons gathered pace with an unprecedented summit between Mr Kim and US President Donald Trump announced for 12 June in Singapore.

But both sides have since cast doubt on whether that meeting will take place.

The site is located deep inside mountains in the northeastern North Hamgyong province, which borders China.

Surrounded by high, craggy peaks and carved deep into a granite mountain more than 2,000 metres high, the test site is said to be an ideal venue to withstand the huge forces unleashed by nuclear blasts.

The site's location only became known in 2006 when the North conducted its first nuclear test under Mr Kim's late father Kim Jong Il.

Activities have been closely watched through satellite imagery since then. 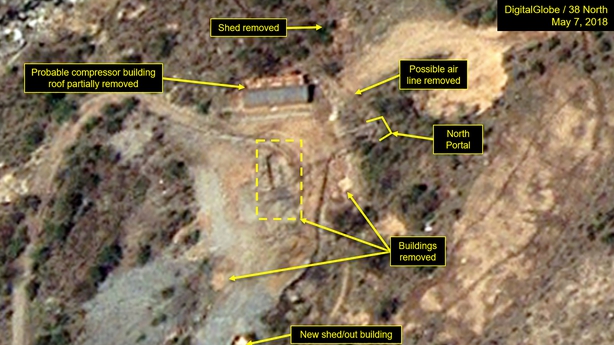 Tunnels can be seen entering the site from different directions.

The first test was staged in the eastern tunnel, the second and third in the western tunnel and the remainder in the northern tunnel, according to intelligence authorities.

Tests staged at the site have demonstrated the country's rapid progress in its nuclear programme - especially since Mr Kim took power in 2011 and oversaw four atomic tests in only six years.

The country's first test was largely seen as a failure and produced an estimated yield of only about one kiloton, compared to as much as 250 kilotons in the sixth - an explosion 16 times more powerful than the US atomic bomb dropped on Hiroshima in 1945. 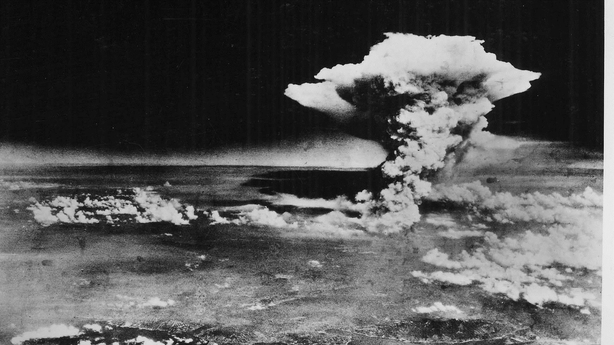 But Punggye-ri's proximity to China has become a source of concern for Beijing, as the tremor from the sixth test was felt across the border and prompted many residents to flee their homes in panic.

The growing impact of the blasts raised safety concerns, with some Chinese scientists warning that the site could pose a major radioactive threat to the wider region.

A recent study by seismologists at the University of Science and Technology of China suggested rock had collapsed under the Mantap peak, making it unusable.

Mr Kim himself has disputed those claims in conversations with his South Korean counterpart Moon Jae-In.

"If they come and see, they will understand that there are two bigger tunnels than the existing test facilities and that they are in a very good condition," Mr Kim said, according to comments released by the South.

Sceptics have said the move to destroy the site is an empty concession by Mr Kim as the site is already suffering from "tired mountain syndrome" and may be obsolete. Others say North Korea has learned all it needs from the nuclear tests conducted there. 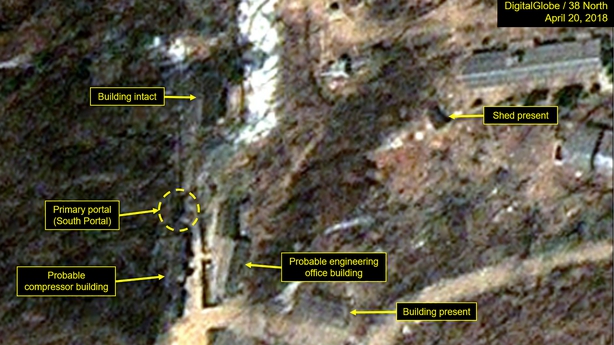 "They already collected the necessary data through six nuclear tests and unless they discard that data, there are suspicions over how significant the dismantling of a nuclear test site that has already run its course is," said Go Myong-Hyun, an analyst at the Asan Institute of Policy Studies.

But Jeffrey Lewis of the Middlebury Institute of Strategic Studies says there is "no basis" to conclude Punggye-ri is no longer usable and the promised closure is "not a case of passing off damaged goods".

The North has long claimed that its nuclear tests posed no environmental threats, saying there was "no radioactive leak" after conducting tests.

But some South Korean and Japanese media reported that workers at the site or residents from the area suffered from radioactive exposure and symptoms including cancer and the births of deformed babies, citing the North's defectors and researchers.

Such concerns prompted Seoul's unification ministry to run medical checkups on 30 defectors who hailed from the region for potential radioactive exposure last year.

Four of them - from the county of Kilju that includes Punggye-ri - showed symptoms that could be attributed to radiation exposure, but researchers involved in the study said they could not conclude that the health problems had been caused by a nuclear test.