The Swedish government has presented an emergency pamphlet to prepare citizens in the event of a war, natural disaster, or cyber attack.

The booklet is entitled "If Crisis or War Comes" and is published in 13 languages.

It will be sent to Sweden's 4.8 million households between 28 May and 3 June.

The leaflet gives advice on how to take shelter, what information to trust and describes what an air raid warning sounds like.

It warns that supplies of food, medicine and fuel could run short during a crisis.

It lists oat milk, tins of Bolognese sauce and salmon balls as examples of food that people should store in case of an emergency along with tortillas and sardines. 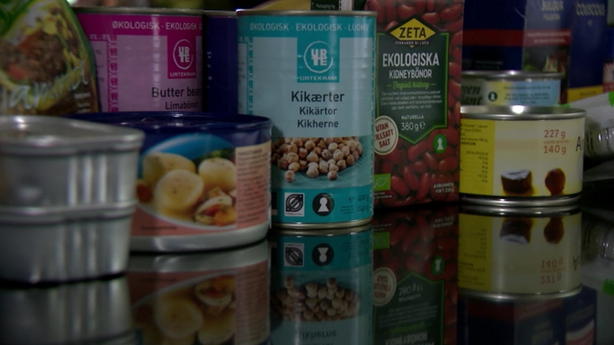 The 20-page document outlines with simple illustrations the threats that the Nordic nation is facing such as military conflict, natural disaster and terror attacks similar to the deadly Stockholm truck attack last year.

The last time such a brochure was printed was in 1961 during the Cold War.

Sweden has not been at war with anyone for more than 200 years, not since its war with Norway in 1814.

It was officially neutral during World War II.

"Even if Sweden is safer than many other countries ... threats do exist," said Dan Eliasson, head of the Swedish Civil Contingencies Agency, which prepared the booklet.

"It's important that everyone has knowledge of what can threaten us so we can prepare in case something serious occurs," he told a news conference in Stockholm.

"It might affect our import of goods like food and so on. Even though the military conflict is not in Sweden itself, we can get affected," Christina Andersson, the brochure's project manager, told AFP.

"Even if Sweden is safer than many other countries ... threats do exist"

While the booklet does not point to any country, its release comes amid fears of an open conflict between NATO and Russia over Moscow's military activities along its borders.

Sweden, which is not a NATO member, does not share a border with Russia, but the two nations are connected across the Baltic Sea, where Moscow has a naval base in Baltiysk, located in the Kaliningrad region east of the Stockholm coastline.

The sight of an unidentified submarine in the Stockholm archipelago in the autumn of 2014 exasperated Russian worries, followed by several violations of Swedish airspace by Russian aircraft.