How much would you pay for a glass of orange juice in the morning? Or a slice of lemon for your drink?

Researchers have warned prices could soon more than double, if a solution isn't found to a disease threatening citrus trees.

After decimating orange groves in Florida and trees in California and Brazil, citrus greening disease now threatens the key producing region of the Mediterranean, according to researchers.

The disease "has spread since the mid-2000s with a phenomenal speed and impact," said Eric Imbert of CIRAD, an agricultural research centre based in the French city of Montpellier.

The only citrus producing region not yet afflicted, "the Mediterranean can't remain untouched by citrus greening disease," the researcher added.

Imbert said one species of the insect which spreads the disease has already been found on the Arabian peninsula.

The disease emerged in the first half of the last century in Asia, where it is called yellow dragon disease by the Chinese. 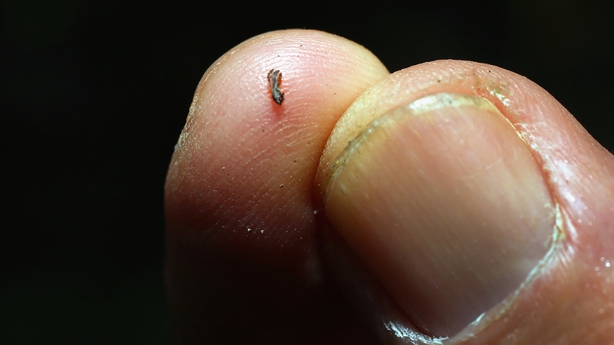 It is spread by small insects called plant lice or psyllids which jump from tree to tree to suck the sap. When they do they introduce the bacteria, which end up blocking the channels along which the sap flows.

As the bacteria choke off the flow of nutrients the leaves turn yellow, the fruit is deformed, and eventually the tree dies.

The African psyllid, which spreads a less virulent form of the disease, has already been detected in northern Spain and in Portugal, where trees were quickly uprooted to prevent any further spread.

"While not wanting to panic ... if we don't do anything in terms of prevention, we could end up suffering a major catastrophe, with prices doubling or tripling," said Imbert.

What happened in Florida proves he may well be right.

And as production costs soared, the wholesale price of concentrated orange juice more than doubled to $2,500 per tonne.

"We are not immune from a phenomenon of similar magnitude on the Mediterranean fresh citrus market," Imbert said.

According to the trade magazine FruitTrop, just over one fifth of the oranges, clementines and lemons consumed in the world come from the Mediterranean region.

It accounts for 70% of the world's exports of citrus fruits. 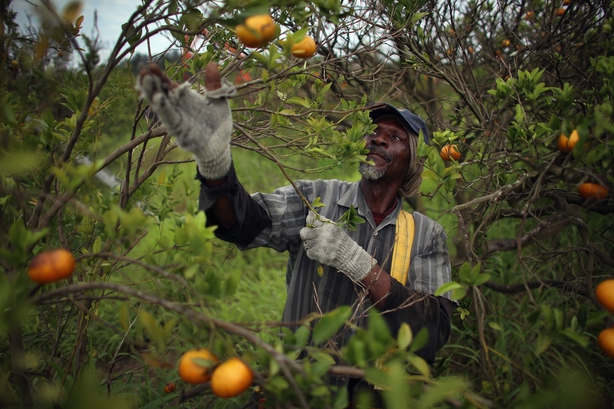 "Researchers hit the alarm button long ago," said Imbert, trying to get the attention of European authorities in particular. "But we have the impression we are screaming in a desert."

Countries around the world are trying different methods to combat the spread of citrus greening disease.

Brazil, a major exporter of orange juice, has relied heavily on pesticides.

In California, farmers have gone with an expensive option -- uprooting their sick trees and replanting.

Farmers in Florida were only able to use limited amounts of pesticide as their groves are located close to residential areas.

Moreover, their orange groves were already weak after being ravaged by several hurricanes, which meant the trees succumbed to the disease even more quickly.

Should lice carrying the virulent strain of citrus greening disease arrive in the Mediterranean region, experts expect it to spread rapidly, as it will also be difficult to use pesticides extensively.

"There a lots of small farms surrounded by residential areas," said Imbert.

Rushing to get ahead of the game, researchers are trying various approaches to combat the disease. 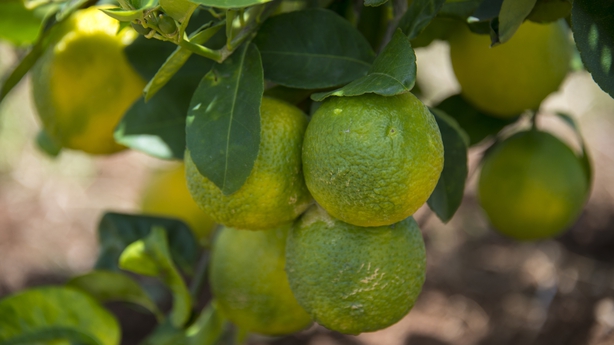 "Today Guadeloupe has to import limes for ti'punch as over several years it has lost nearly all of its citrus trees," said Yann Froelicher, a researcher at the INRA national agricultural research institute, referring to a rum-based drink popular in the Caribbean.

"It was incredibly damaging as there were family-owned groves everywhere and everyone had an orange tree in their garden."

The researchers suspect nurseries were the reason the disease spread so quickly as seedlings infected in greenhouses were distributed across the island.

The response has been to ship in seeds from a repository that INRA runs on the Mediterranean island of Corsica which has a collection of some 10,000 citrus varieties.

Once on Guadeloupe they are grown in special greenhouses that are made insect proof before being sold to growers.

A type of small wasp that attacks the lice that spread the disease has also been released.

But studying the bacteria to directly combat citrus greening disease has proved hard because "you can't cultivate it in the laboratory," said Raphael Morillon, a researcher at CIRAD in Guadeloupe.

Researchers meet every two years in Orlando, Florida to review their efforts.

"The Americans boast of having solutions, but last year everyone was guarded, no one speaks of a miracle solution," said Morillon.

So far only France's Indian Ocean island Reunion seems to have found a way to keep the disease at bay: replanting at higher altitudes where the lice haven't yet followed.