Wind power generated 43.4% of electricity consumed in Denmark last year, a new record for the Nordic nation which aims to rely on renewables for half of its energy needs by 2030.

"Denmark is on track to surpassing its EU energy targets" which is to have at least 50% of its energy needs supplied by renewable resources by 2030, against a current one third, and zero fossil fuel energy by 2050, the Danish Ministry of Energy, Utilities and Climate said in a statement.

"We have managed to accommodate large amounts of wind power and other green sources of energy, while maintaining high security of supply," he added. 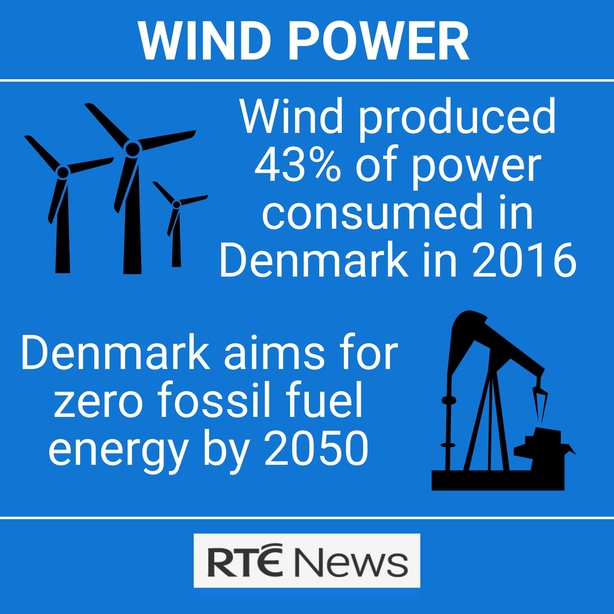 It intends to store up its wind and solar energy to guarantee security of supply on less windy and cloudy days.

The International Energy Agency (IEA) praised Denmark's fast transition to renewable energy in a November report, saying the country had become a "world leader in decarbonisation" in two decades.

Denmark, which produces both oil and gas and was a net exporter of energy in the late 1990s, is now 90% self-sufficient.