Ahead of today's judgment of Bosnian Serb army chief Ratko Mladic, here is a timeline of the 1990s Balkans conflicts that tore apart the former Yugoslavia.

Communist Yugoslavia, which emerged shortly after the end of World War II, was made up of six republics: Slovenia, Croatia, Serbia, Bosnia, Montenegro and Macedonia.

Following the death of its autocratic leader Josip Broz Tito in 1980, the Yugoslav federation found itself in crisis, with bickering between ethnic groups and surging nationalist sentiments. 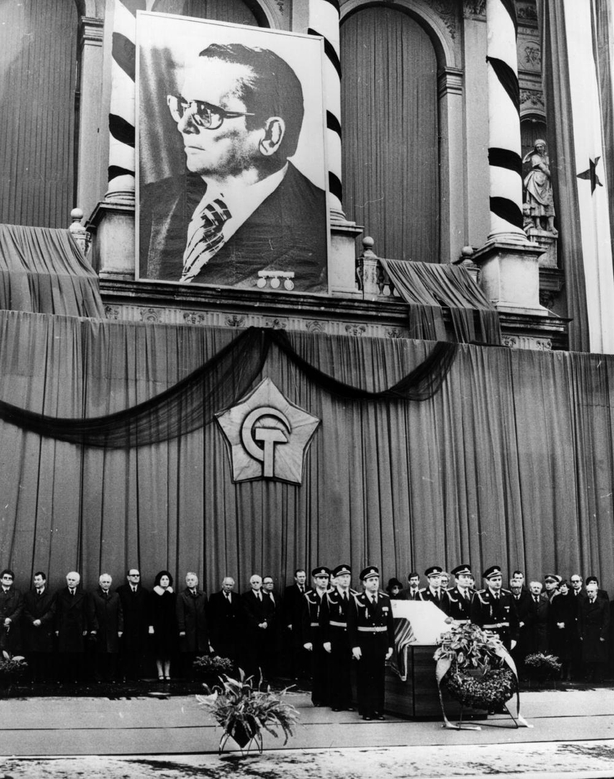 By the time the Berlin Wall fell in 1989, inter-ethnic relations in Yugoslavia were at breaking point.

The first multi-party elections in the republics in 1990 were won mostly by nationalists.

The most prosperous republics, Slovenia and Croatia, started advocating a greater decentralisation of Yugoslavia's government.

But the largest republic, Serbia, led by Slobodan Milosevic, rallied fellow Serbs throughout Yugoslavia in a push for centralised control.

On 25 June 1991, the parliaments of Slovenia and Croatia declared independence, which led to the deployment of the Belgrade-controlled Yugoslav army (JNA) towards affected borders and airports.

After a ten-day conflict, the JNA withdrew from ethnically homogeneous Slovenia.

But in Croatia, Serbian troops sided with ethnic Serb rebels who opposed independence, launching what would become a four-year war.

The eastern town of Vukovar was razed to the ground during a siege by Yugoslav forces in autumn 1991, while the medieval Adriatic town of Dubrovnik was severely damaged.

In Bosnia, the most ethnically and religiously diverse republic and home to four million people, Muslims and Croats organised an independence referendum.

The move was fiercely opposed by Belgrade-backed Bosnian Serbs, who made up more than 30% of the population.

While Serbs boycotted the vote, 60% of Bosnia's citizens voted for independence.

In April 1992 war broke out between Bosnia's Muslims and Croats, who were on one side, and Bosnian Serbs.

Led by Radovan Karadzic and armed by the JNA, the Serbs declared that territories under their control belonged to an entity called Republika Srpska.

Soon after, Bosnian Croats turned against the republic's Muslims.

Bosnian Serb troops immediately started a siege of the Bosnian capital of Sarajevo which would last 44 months. The city's 350,000 residents struggled to get basic necessities and at least 10,000 were killed by sniping and shelling by Serbs.

By May 1992, Bosnian Serbs controlled two-thirds of Bosnia.

In August the first images of skeletal prisoners in camps awoke the world to the campaign of ethnic cleansing by Serb forces. 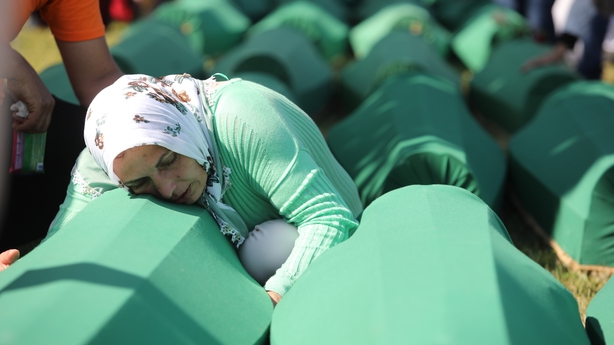 In July 1995, Bosnian Serb forces took over the UN-protected "safe area" of Srebrenica in eastern Bosnia and massacred up to 8,000 Muslim men and boys.

Described by two international courts as genocide, the massacre was the worst mass killing in Europe since the end of World War II.

In August 1995, after the fall of Srebrenica and the bombing of a Sarajevo market in which 41 people were killed, NATO unleashed airstrikes on Bosnian Serb positions.

On 21 November 1995, following three weeks of talks in the US city of Dayton, Ohio, the leaders of Bosnia, Croatia and Serbia agreed to a peace deal. 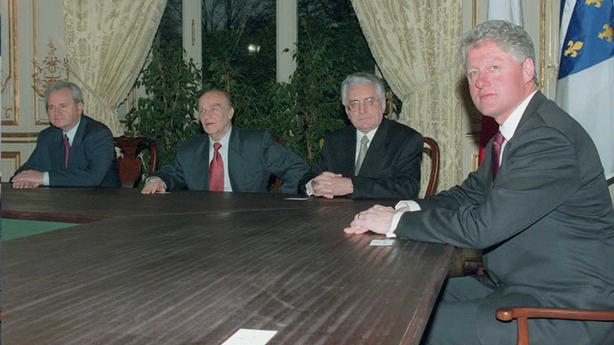 In December 1995, a NATO peacekeeping force was deployed in Bosnia, which had been divided into a Muslim-Croat Federation, covering 51% of the territory, and a Serb entity, the Republika Srpska.

War then broke out in 1998 in Serbia's southern province of Kosovo between ethnic Albanian rebels seeking independence and Serbia's armed forces. 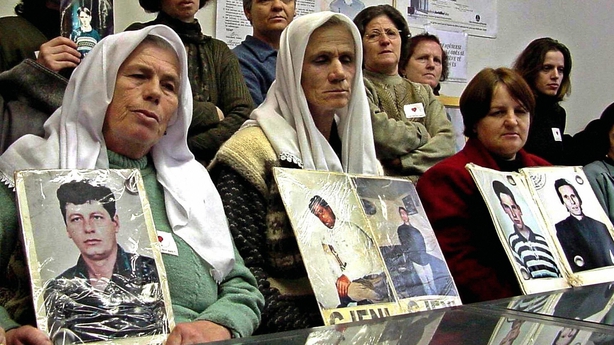 The fighting ended in 1999 after an 11-week bombing campaign by NATO, by which time about 13,000 people had been killed and hundreds of thousands had fled their homes.

Kosovo declared independence in 2008, a move Serbia refuses to recognise.

The International Criminal Court for the Former Yugoslavia, established in 1993, has continued prosecuting those responsible for war crimes since the end of the conflicts.

Among those sentenced is Bosnian Serb wartime leader Karadzic, while Milosevic died in prison before being judged.

The court is scheduled to close down on 31 December, and a separate tribunal has been set up to handle remaining appeals and other issues.